Proper irrigation scheduling and agricultural water management require a precise estimation of crop water requirement. In practice, reference evapotranspiration (ETo) is firstly estimated, and used further to calculate the evapotranspiration of each crop. In this study, two new coupled models were developed for estimating daily ETo. Two optimization algorithms, the shuffled frog-leaping algorithm (SFLA) and invasive weed optimization (IWO), were coupled on an adaptive neuro-fuzzy inference system (ANFIS) to develop and implement the two novel hybrid models (ANFIS-SFLA and ANFIS-IWO). Additionally, four empirical models with varying complexities, including Hargreaves–Samani, Romanenko, Priestley–Taylor, and Valiantzas, were used and compared with the developed hybrid models. The performance of all investigated models was evaluated using the ETo estimates with the FAO-56 recommended method as a benchmark, as well as multiple statistical indicators including root-mean-square error (RMSE), relative RMSE (RRMSE), mean absolute error (MAE), coefficient of determination (R2), and Nash–Sutcliffe efficiency (NSE). All models were tested in Tabriz and Shiraz, Iran as the two studied sites. Evaluation results showed that the developed coupled models yielded better results than the classic ANFIS, with the ANFIS-SFLA outperforming the ANFIS-IWO. Among empirical models, generally the Valiantzas model in its original and calibrated versions presented the best performance. In terms of model complexity (the number of predictors), the model performance was obviously enhanced by an increasing number of predictors. The most accurate estimates of the daily ETo for the study sites were achieved via the hybrid ANFIS-SFLA models using full predictors, with RMSE within 0.15 mm day−1, RRMSE within 4%, MAE within 0.11 mm day−1, and both a high R2 and NSE of 0.99 in the test phase at the two studied sites. View Full-Text
Keywords: reference evapotranspiration; adaptive neuro-fuzzy inference system; bio-inspired optimization algorithm; machine learning; hydrological modeling reference evapotranspiration; adaptive neuro-fuzzy inference system; bio-inspired optimization algorithm; machine learning; hydrological modeling
►▼ Show Figures 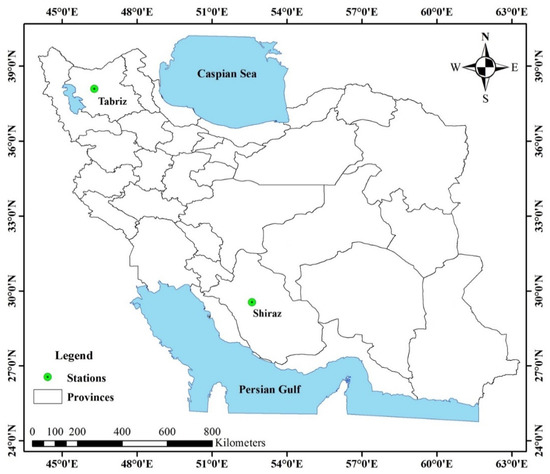