Validation of an In-Situ Observation Method for Nonpoint Source Pollution in Paddy Fields: A Case Study of a Beijing Paddy Field
Previous Article in Special Issue

Songnen Plain is one of the three great plains in northeast China with abundant groundwater resources. The continuous population growth and the rapid development of agriculture and economy in China has caused a series of environmental problems in the plain, such as endemic diseases caused by the accumulation of harmful substances in drinking water. This paper conducts a systematic investigation of fluorine in the groundwater of Songnen Plain. The results showed that fluorine was widespread in the groundwater of the plain in the concentration range of BDL–8.54 mg·L−1, at a mean value of 0.63 mg·L−1 and detectable at a rate of 85.91%. The highest concentrations of fluorine were found in central and southwest areas of the plain. The concentration exceeded the guideline values for fluorine in drinking water and may have varying degrees of adverse effects on adults, and especially children, in the study area. The fluorine in groundwater mainly came from the dissolution of fluorite and other fluorine-containing minerals, and the concentrations and distribution of fluorine were affected by cation exchange, groundwater flow field and hydrochemical indexes (pH, TDS and HCO3−). The study provides scientific basis for the investigation, evaluation and prevention of endemic diseases caused by fluorine. View Full-Text
Keywords: Songnen Plain; groundwater; fluorine; distribution; formation; human health risk Songnen Plain; groundwater; fluorine; distribution; formation; human health risk
►▼ Show Figures 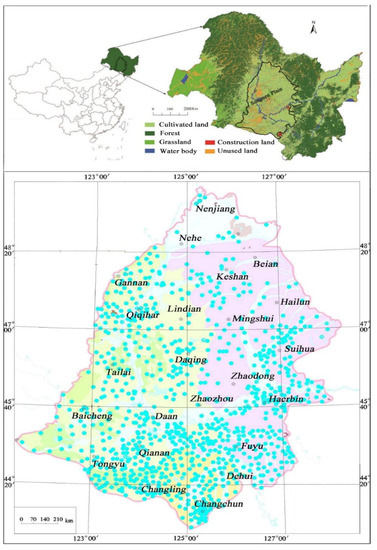 Jianwei Wang
He has been involved in water quality and water pollution research for a long time.

Nengzhan Zheng
He has been involved in soil quality and water pollution research.

Hong Liu
He has been involved in soil quality and water pollution research.

Xinyi Cao
She is a postgraduate student at the College of Water Sciences, Beijing Normal University.

Yanguo Teng
Prof. Teng has been involved in water quality and water pollution research for a long time.

Yuanzheng Zhai
Prof. Zhai has been involved in soil quality and water pollution research.
Zoom | Orient | As Lines | As Sticks | As Cartoon | As Surface | Previous Scene | Next Scene
We use cookies on our website to ensure you get the best experience. Read more about our cookies here.
Accept
We have just recently launched a new version of our website. Help us to further improve by taking part in this short 5 minute survey here. here.
Never show this again