The development of rills on a hillslope whose soil is amended by biochar remains a topic to be developed. A theoretical rill flow resistance equation, obtained by the integration of a power velocity distribution, was assessed using available measurements at plot scale with a biochar added soil. The biochar was incorporated and mixed with the arable soil using a biochar content BC of 6 and 12 kg m−2. The developed analysis demonstrated that an accurate estimate of the velocity profile parameter Гv can be obtained by the proposed power equation using an exponent e of the Reynolds number which decreases for increasing BC values. This result pointed out that the increase of biochar content dumps flow turbulence. The agreement between the measured friction factor values and those calculated by the proposed flow resistance equation, with Гv values estimated by the power equation calibrated on the available measurements, is characterized by errors which are always less than or equal to ±10% and less than or equal to ±3% for 75.0% of cases. In conclusion, the available measurements and the developed analysis allowed for (i) the calibration of the relationship between Гv, the bed slope, the flow Froude number, and the Reynolds number, (ii) the assessment of the influence of biochar content on flow resistance and, (iii) stating that the theoretical flow resistance equation gives an accurate estimate of the Darcy–Weisbach friction factor for rill flows on biochar added soils. View Full-Text
Keywords: biochar; rill erosion; rill hydraulics; soil quality; soil remediation biochar; rill erosion; rill hydraulics; soil quality; soil remediation
►▼ Show Figures 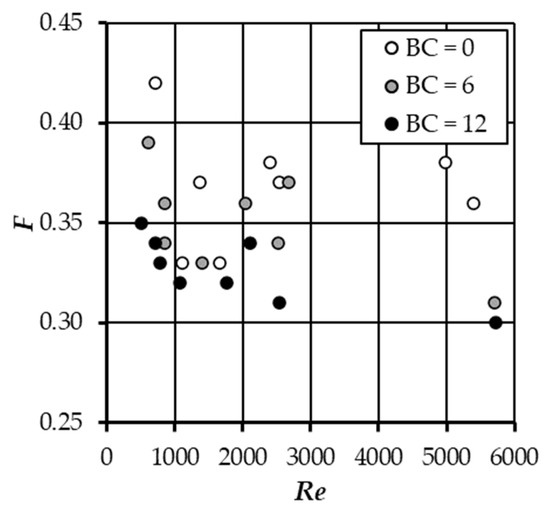