Corn steep water (CSW) is a fermented stream obtained as a by-product in the wet-milling corn industry, when the corn is steeping under acid conditions (pH = 4), high temperatures (45−52 °C) and in presence of SO2(g) and lactic acid bacteria or Bacillus [1]. CSW is commonly used in biotechnology processes as a low-cost source of nitrogen [2,3,4] as well as an ingredient in animal feed due to its nutritional properties [5,6]. However, CSW has been proposed as a direct source of biosurfactants due to the presence of lactic acid bacteria, which are producers of this type of surface-active compounds [1,7,8]. In fact, it has recently been isolated and identified that Aneurinibacillus aneurinilyticus is the main biosurfactant-producing Bacillus strain in CSW [9].
Biosurfactants are microbial surfactants produced by microorganisms that not only have similar or equal properties than their chemical homologous (e.g., reduce surface tension, emulsifying properties, solubilizing, and stabilizing agent, among others), but are also very promising and interesting substances, since they are composed of natural structures (lipids, proteins, and carbohydrates) compatible with the composition of cell membranes [10,11,12,13]. Several carbon sources as well as energy are used for microorganisms to grow. The combination of carbon sources (e.g., agro-food products or wastes) with insoluble substrates (e.g., hydrocarbons, oils) facilitates the intracellular diffusion and the biological production of diverse substances, such as biosurfactants [12]. Hence, the synthesis of biosurfactants is a growth-dependent production and frequently arises in resting microbial cell systems [13]. In addition, microorganisms can produce biosurfactants with different molecular structures and characteristics (e.g., surface activity), being a combination of a hydrophobic chain (e.g., fatty acids) with a hydrophilic moiety (e.g., carbohydrates, peptides, amino acids, alcohols, so on) [12]. Regarding their chemical composition, there are low-molecular-weight biosurfactants, like glycolipids, lipopeptides, and flavolipids, and high-molecular-weight biosurfactants, such as polysaccharides, proteins, lipopolysaccharides, lipopolysaccharides, and lipoproteins [11]. Nevertheless, the biosurfactants commercialized at the moment are produced in controlled fermentation processes, which make them non-cost competitive with chemically produced surfactants. Hence, the industrial application of biosurfactants is limited by their high production cost due to the complex recovery and purification stages [10,11,12,13]. For that reason, in a context of a circular economy, the use of streams generated in agro-food industries like CSW, where biosurfactants are produced spontaneously, it is an interesting alternative to obtain cost-competitive and value-added biosurfactants, increasing the market opportunities for these secondary raw materials.
The ionic charge, water solubility and location of the surface-active sites (e.g., intracellular, extracellular, or cell-bound) of biosurfactant molecules define the required processing stages needed for their recovery. Therefore, there are several techniques that can be applied for the selective separation and recovery of biosurfactants such as acid precipitation (e.g., acidic solutions, ammonium sulfate solutions and in non-aqueous media), crystallization, chromatographic separation, adsorption, among others, with the liquid-liquid extraction the most commonly used [14]. In fact, for the moment, the recovery of biosurfactants from CSW has been achieved by liquid-liquid extraction with organic solvents. For instance, chloroform or ethyl acetate are used depending on the final application of the biosurfactant, as they are extracellular surface-active compounds [7]. Otherwise, the adsorption onto granular activated carbon [15,16,17,18] or ion-exchange resins [19] has also been studied for biosurfactant recovery. The adsorption process is an in situ technique that has certain advantages, such as that it allows the reuse of the adsorbent during several cycles without decreasing adsorption efficiency and avoids the use of organic solvents. Additionally, biosurfactants can be desorbed from the solid adsorbent using typically an aqueous pH buffer solution due to their lipophilic properties [15,16,19,20]. Despite this, new processes have been developed to recover biosurfactants based on cost-effective and environmentally friendly in situ downstream processing approaches. Examples are foam fractionation and membrane technology [20,21,22]. With regard to membrane technology, ultrafiltration membranes have been remarkably applied for the recovery and purification of glycolipid and lipopeptide biosurfactants [23,24,25,26].
From a sustainable point of view, there is an effort to develop more green membranes using biodegradable polymers such as alginate. Specifically, sodium alginate is a natural polysaccharide obtained from the cell wall of brown algae and is an unbranched binary copolymer of 1-4 linked β-D-mannuronic acid and α-L-guluronic acid. The combination of these blocks determines the physical and chemical properties of this polymer [27]. For instance, Aburabie et al. [28] developed calcium alginate-based membranes by crosslinking sodium alginate in calcium chloride aqueous solution, for green organic solvent nanofiltration application to test the retention or permeation of dyes and vitamin B12 in methanol.
In view of the aforementioned information, the aim of this work is to evaluate calcium alginate-based biopolymers, without or with the presence of biodegraded grape marc, for the recovery of biosurfactants from corn steep water by adsorption processes as a previous step to their use as potential materials in the manufacture of green membranes, and their subsequent use in the recovery of these biomolecules. It should be highlighted that this is the first time that biosurfactants from corn steep water have been recovered by liquid-solid processes without the use of organic solvents.

The corn steep water (CSW) was provided by the FeedStimulants company (Zoetermeer, The Netherlands; Lot No. CSL-201811; Reg. No. NI214247). CSW, containing 50% of solids (m/v), was diluted in distilled water up to 50 g/L, and then it was centrifugated (Hettich Rotina 380R), at 5000 rpm and 4 °C for 30 min, for solid removal.
The characterization of the CSW, before and after adsorption processes, was carried out by using infrared spectroscopy and mass spectrophotometry analysis.

A pellet was obtained after pressing 1 mg of the lyophilized sample with 10 mg of potassium bromide. After that, the infrared absorption analysis was carried out with a Niocolet 6700 FTIR system (Thermo Fisher Scientific, Waltham, MA, USA). The spectra were recorded with a resolution of 4 cm−1 and wavenumber range between 400 and 4000 cm−1.

Electrospray ionization mass spectrometry/collision-induced dissociation (ESI-MS/CID) was used to characterize the corn stream. For that, 1 mg of the lyophilized sample was diluted in Milli-Q water and volatilized under vacuum. Then, a current of electrons was used to ionize the molecules, and the fragmentation pattern was recorded on a Mass Spectrometer Bruker FTMS APEXIII (Bruker, Billerica, MA, USA) in positive mode.

Adsorption experiments were carried out in 250 mL Erlenmeyer flasks placed in an orbital shaker (IKA KS 4000 ic control) at 150 rpm and 25 °C. The CSW/biopolymer ratio used was 1:1 (v/v). Samples were removed after 24 h, once the equilibrium was reached, for analysis of biosurfactant extract and other inorganic solutes and biomolecules. Experiments were carried out in triplicate.

For comparative purposes, the lipopeptide biosurfactant extract was obtained by liquid-liquid extraction from CSW, using a ratio chloroform/CSW of 2:1 (v/v), at a temperature of 56 °C, for 60 min and at an agitation speed of 150 rpm. After extraction, the biosurfactant was separated from the chloroform by rotary evaporation (Buchi R-210, Flawil, Switzerland) at a pressure of 474 mbar and 60 °C, following the methodology proposed by Vecino et al. [7]. This biosurfactant extract was used as a control to determine the quantity of biosurfactant present in the initial CSW and after adsorption processes.

2.5. Measurement of Other Inorganic Solutes and Biomolecules from Corn Steep Water

The determination of other inorganic solutes and biomolecules from CSW (liquid samples) such as organic acids, sugars as well as total organic carbon (TOC), total nitrogen (TN), anions, cations, and metal ions before and after adsorption processes, were carried out as follows:

The composition of CSW results in the extraction of water-soluble components during the steeping step of corn, as shown in Table 1. The CSW is mainly composed of carbon (around 37%) and nitrogenous (about 7%) components (elemental analysis data not shown), being the total carbon from organic sources. Regarding organic acids, lactic acid is the most predominant one (6.7 g/L), followed by the phytic acid (3.1 g/L) and acetic acid (2.8 g/L). Monosaccharides, like glucose (0.3 g/L) and arabinose (0.2 g/L), as well disaccharides such as sucrose (0.04 g/L) are part of the CSW composition. Physiologically relevant ions such as chloride, phosphate, sulphate, ammonium, calcium, boron, iron, potassium, magnesium, sodium, manganese, zinc, and silicon, were detected in CSW at substantial quantities. Among them, potassium (0.8 g/L) and phosphate (0.5 g/L) are the most significant; while aluminum, chromium, copper, cobalt, and nickel are the less represented. Hull and Montgomery [32] suggested that the high amount of inorganic phosphate in CSW could be due to in part to being a product of dephosphorylation of myo-inositol phosphates.
The above composition agrees with the composition analyzed by Hull et al. [33] at various times during the steeping of corn and from four different industrial processes. However, the novelty of this composition is the concentration of biosurfactant. This bioactive compound is present in a concentration of 2 g/L, based on the CMC data of biosurfactant extracted from con steep water by liquid-liquid extraction with chloroform (see Figure S1). This finding, related with the use of CSW as a direct source of biosurfactants, and its uses have been previously patented and published by Vecino et al. [1,7,34]. Nowadays, depending on the industrial application of the biosurfactant extract from CSW, an organic solvent is proposed for the extraction process. However, the possibility of using a liquid-solid extraction process by calcium alginate-based biopolymers to recover biosurfactants from CSW has not been considered until now.

3.4. Characterization of Corn Steep Water before and after Adsorption Processes

Corn steep water is an interesting secondary stream obtained from the corn industry and is used as a direct source of biosurfactants. However, nowadays, the recovery of biosurfactants using sustainable processes is a challenge. Thus, this work is a first attempt at recovering biosurfactants from CSW by a liquid-solid process using calcium alginate-based biopolymers, without or with an additive (e.g., biodegraded grape marc). The results achieved showed that calcium alginate-based biopolymers possess an enormous potential to enhance the capabilities of membranes prepared from green materials. Based on the results obtained in this work, several scenarios can be proposed for the use of these biopolymers: i) as a polishing step before biosurfactant recovery to remove impurities such as organic acids, sugars as well as cations, metals, and anions from CSW; and ii) as a recovery step for biosurfactant extract since about 50% is removed. Overall, it could be highlighted that it is possible to recover biosurfactants, avoiding organic solvents, with biodegradable materials. Although more studies are needed in order to design the alginate-based membranes, as well as the eluent used for the desorption process.

The data presented in this study is available on request from the corresponding author. 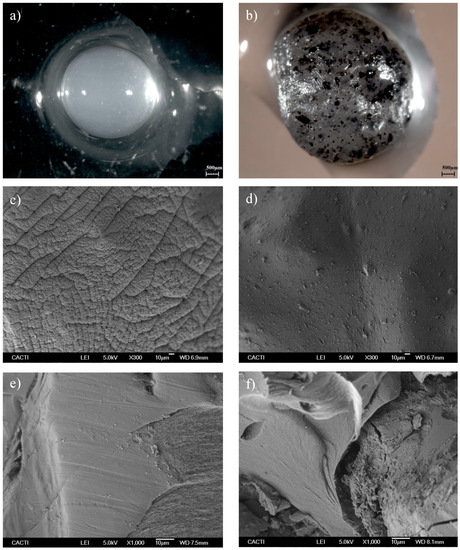 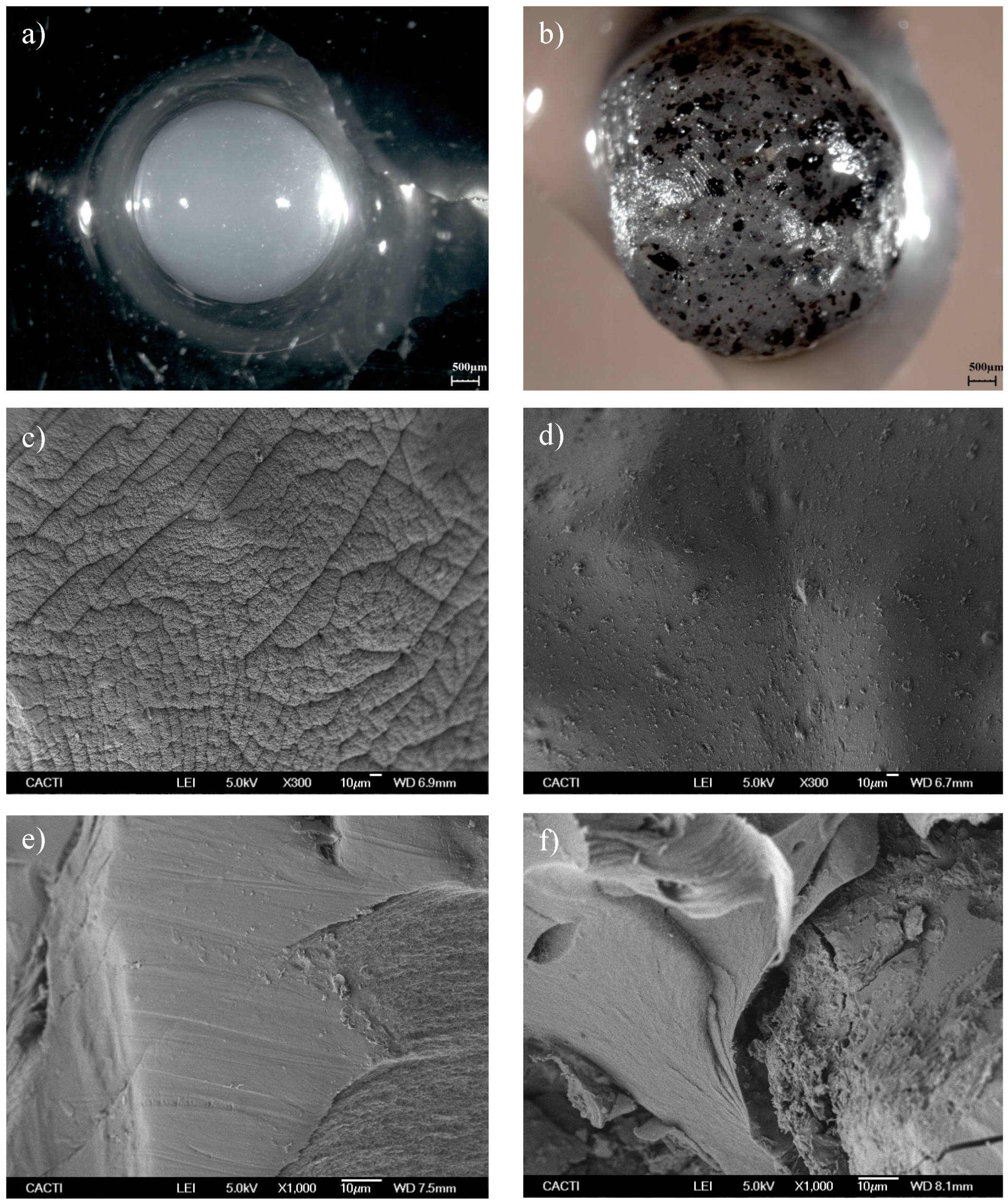 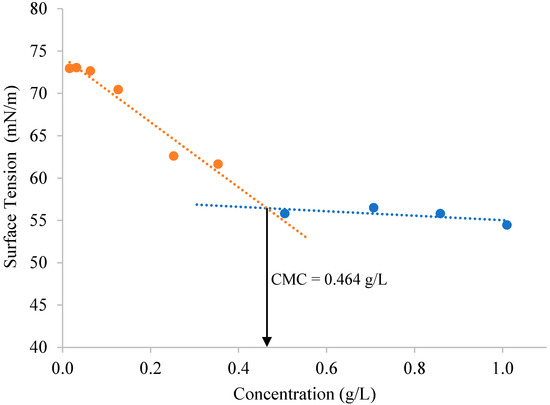 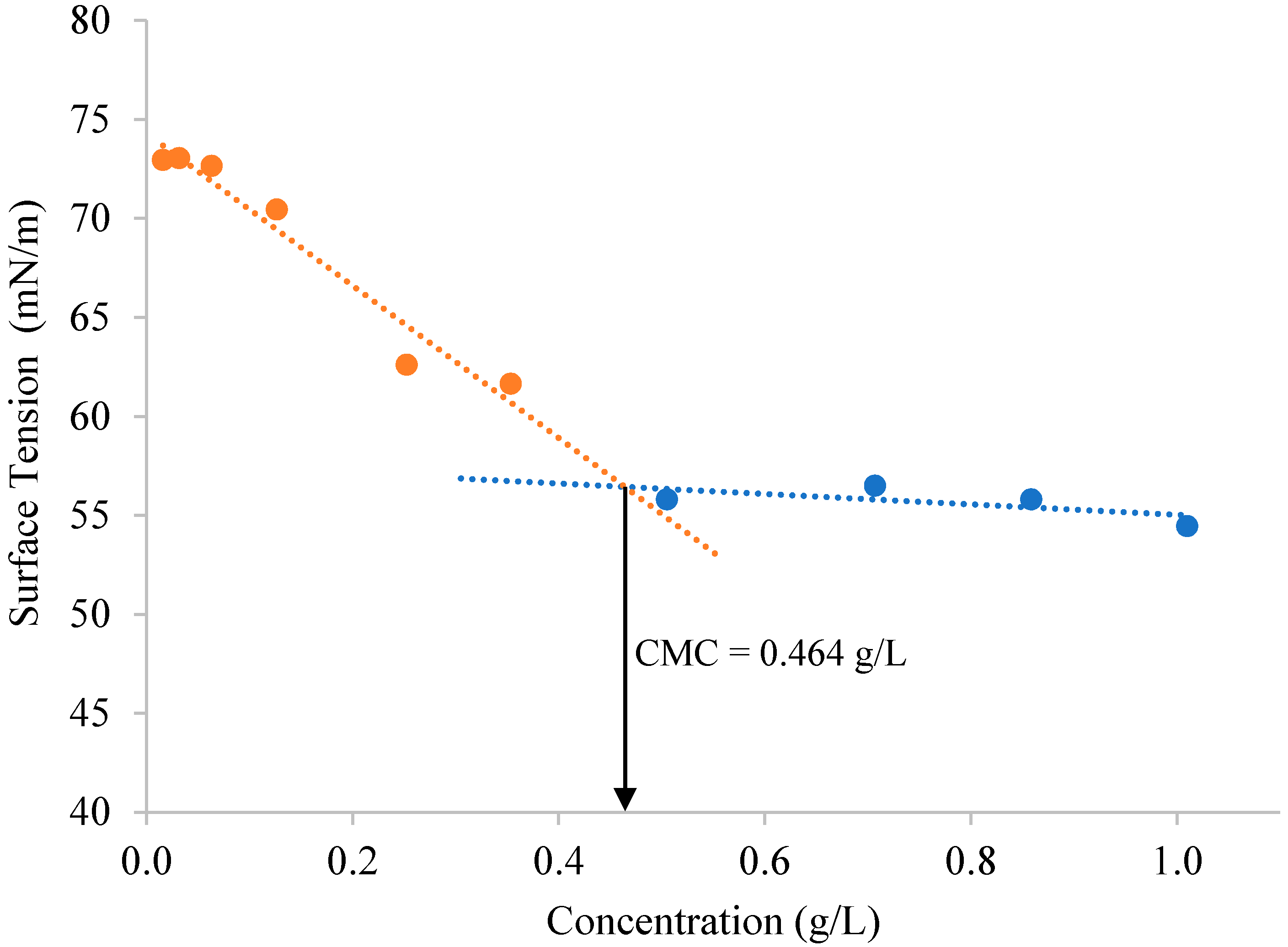 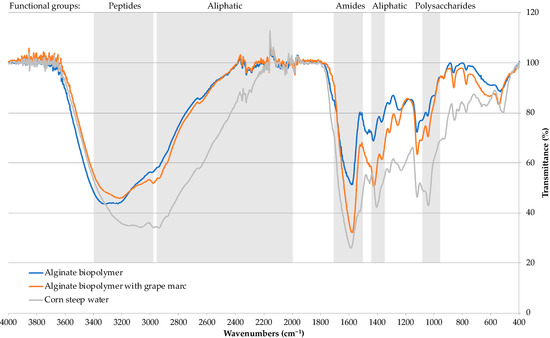 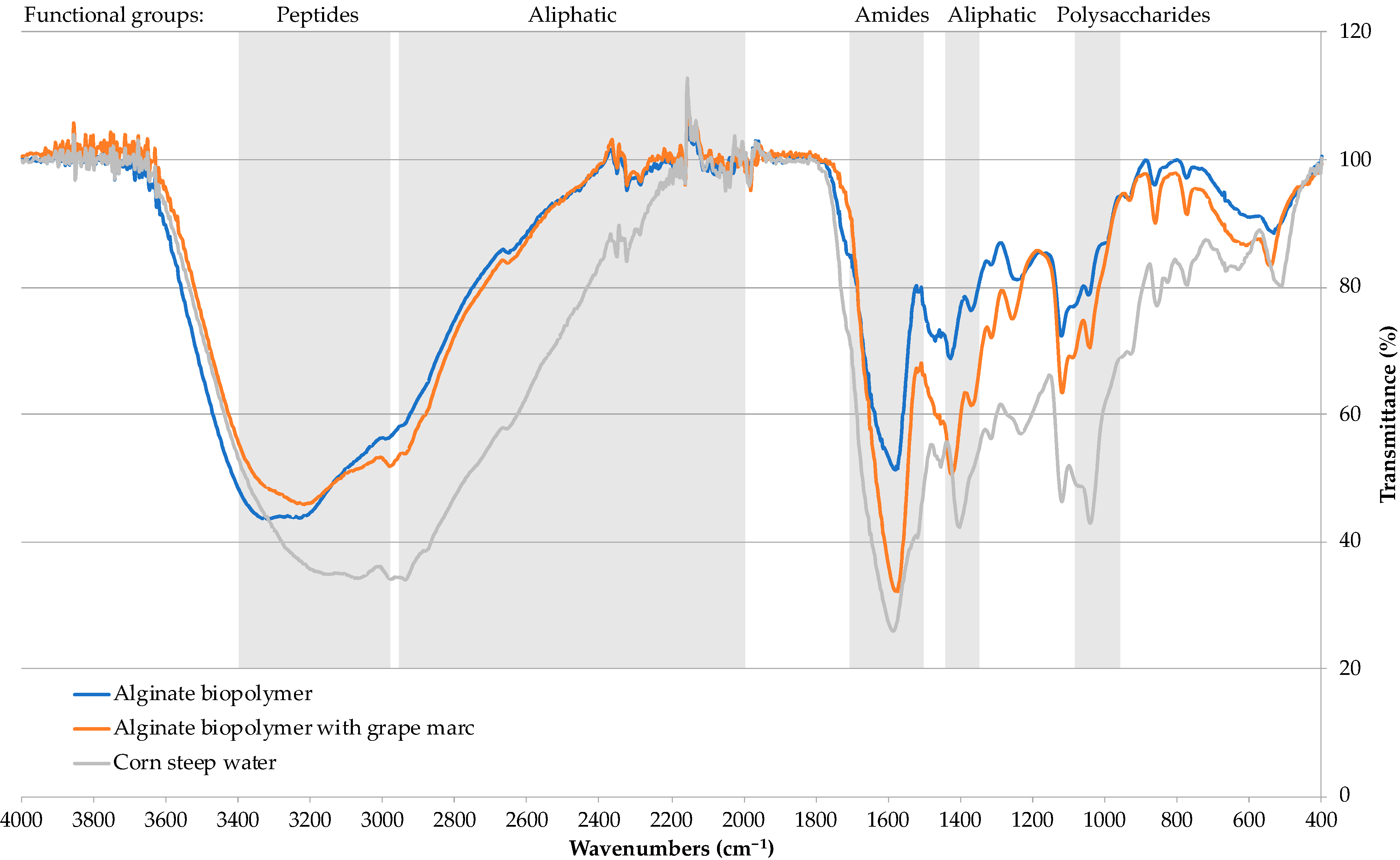 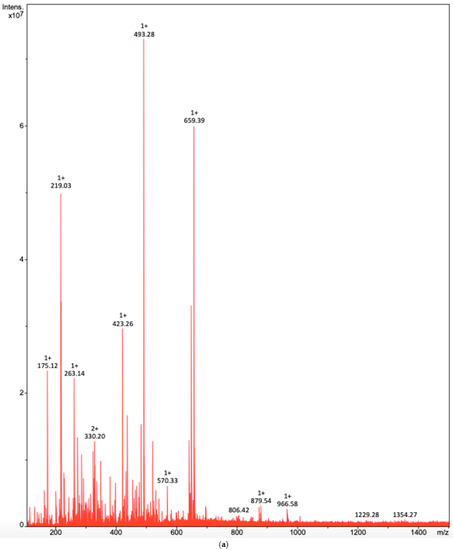 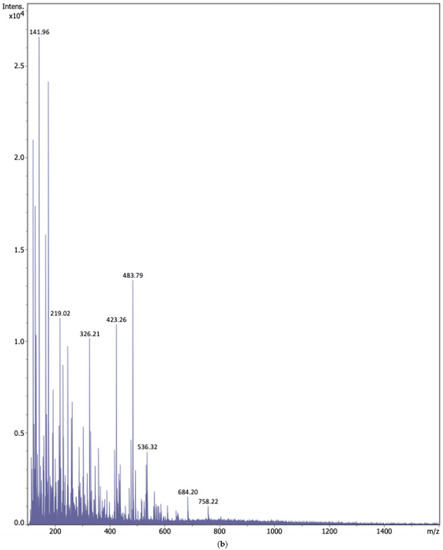 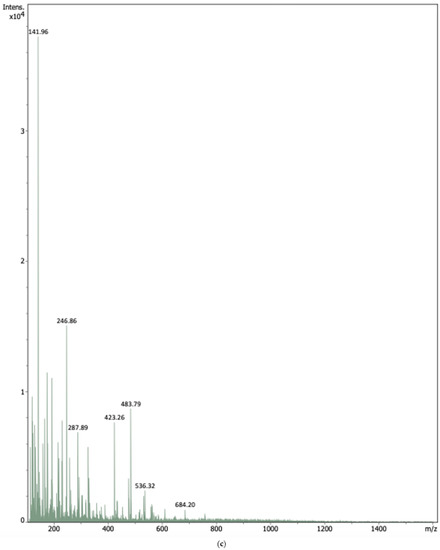 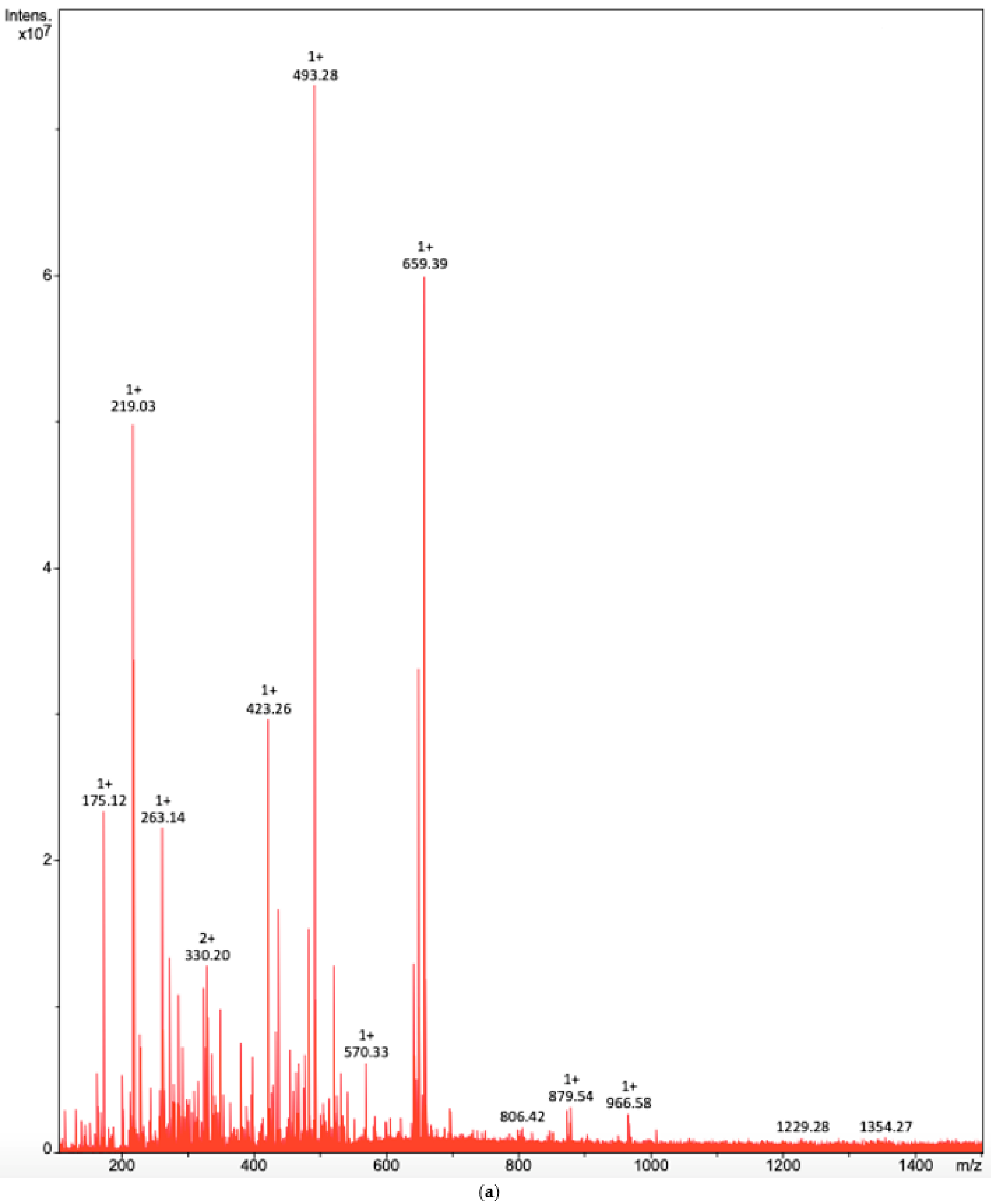 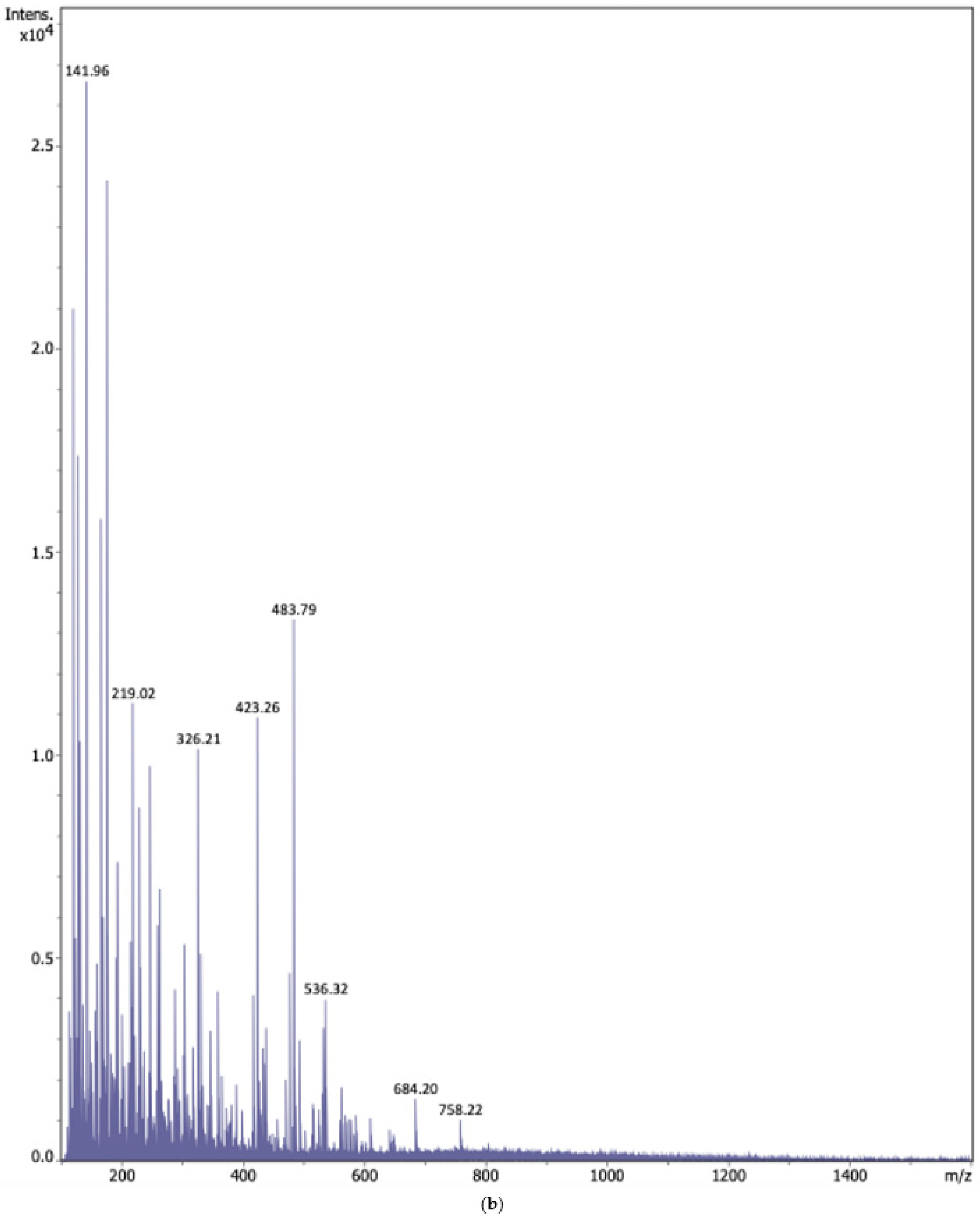 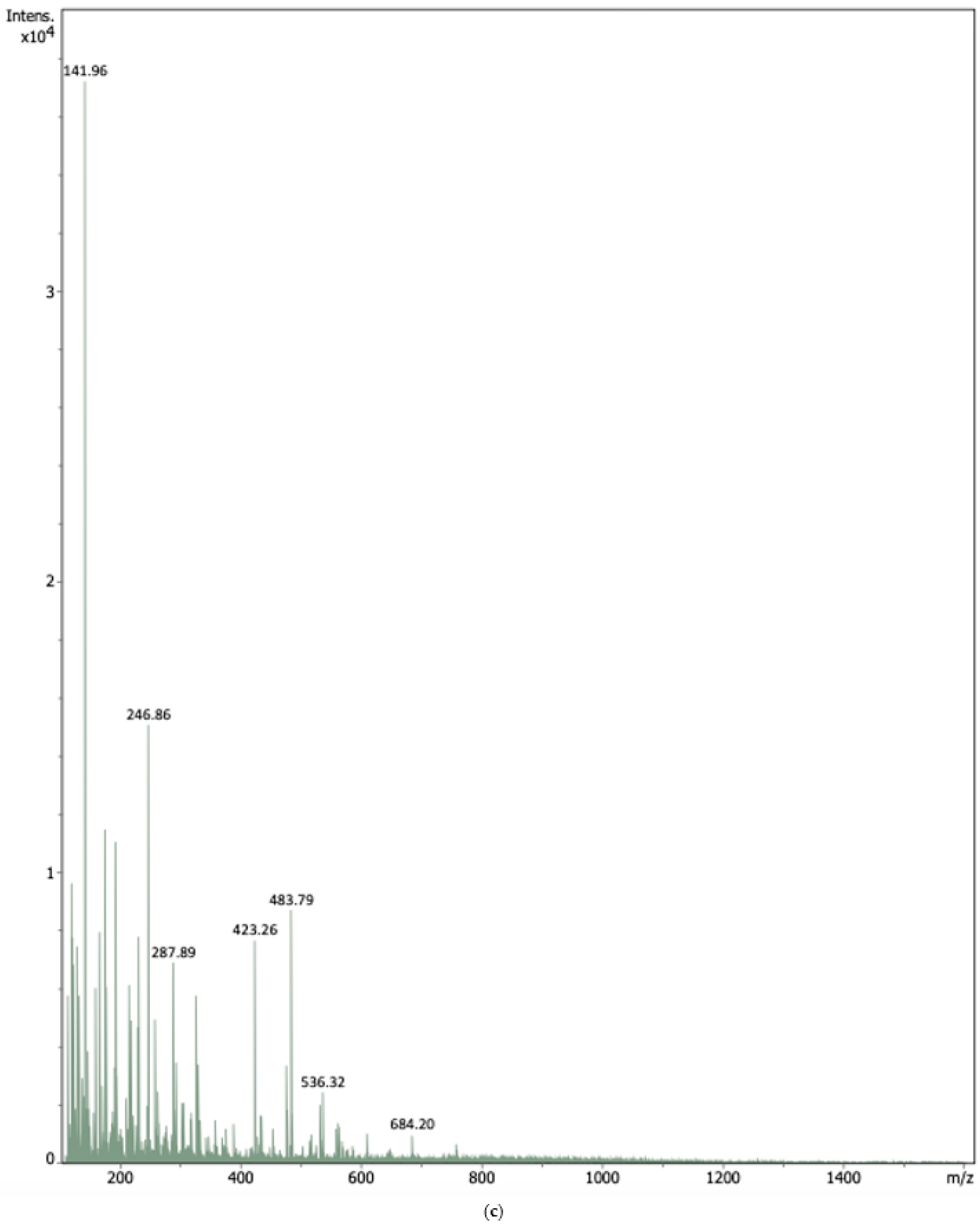