Seasonal water-level fluctuations may lead to changes in river nutrients, which causes corresponding changes in the trophic structure of an aquatic food web, and finally affects the whole ecosystem. In this study, we focused on the Ganjing River, a tributary of the Yangtze River, China. Common organisms were sampled and measured for carbon and nitrogen stable isotopes in the wet and dry seasons, respectively, and the relative contributions of different food sources were combined to construct the food web, so as to realize the influence of water-level fluctuation on aquatic food web. Our results showed that basal food sources for fish consumers were endogenous carbon sources such as POM, zooplankton and zoobenthos in the dry season, while high water level exposed fish to more diverse and abundant food sources, and the contribution proportions of exogenous carbon sources (e.g., terrestrial detritus) to consumers increased in the wet season. In parallel, the abundance and species diversity of fish were higher than those in the dry season. Most fish species had relatively higher trophic levels in the dry season compared to the wet season, because the increase in fish densities led to an increase in piscivores fish. The food web was composed of planktonic and benthic food chains in the dry season. During the wet season, the planktonic food chain was dominant, followed by the herbivorous food chain, and the benthic food chain was relatively less important. Therefore, water-level fluctuation may alter the trophic linkages within fish communities, which contributed to a more complex and interconnected food web. Moreover, as we expect, the stable isotope analysis food web was broadly in line with the gut content analysis food web. View Full-Text
Keywords: water-level fluctuation; food web; stable isotope; Bayesian isotope mixing model (BIMM); Three Gorges Reservoir water-level fluctuation; food web; stable isotope; Bayesian isotope mixing model (BIMM); Three Gorges Reservoir
►▼ Show Figures 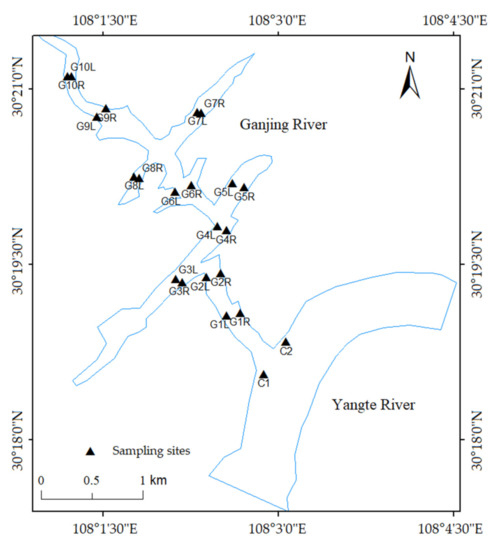