To explore the influence of the decomposition of aquatic macrophytes on water quality in eutrophicated aquatic ecosystems and the interacting environmental factors that trigger nitrogen (N) and phosphorus (P) dynamics, a suburban pond with floating-leaved macrophytes (Pond A) as well as another nearby newly dug pond without any obvious aquatic macrophytes (Pond B) were studied. N and P levels together with a series of parameters relating to biomass, water and sediments were monitored during a period of 84 d that covered the entire decomposition process of plants. The results show that the decomposition of aquatic macrophytes can be divided into two phases, with the first phase having a faster decomposition rate and the second phase, a slower one. With the decomposition of biomass, the dissolved oxygen (DO), oxidation-reduction potential (ORP), and pondus hydrogenii (pH) of the water body increased, whereas the permanganate index (CODMn) decreased. Significantly higher levels of total phosphorus in both water and sediment (TPW and TPS) were detected in Pond A with macrophytes; TPW increased quickly during the first phase of biomass decomposition but decreased in the second phase, and TPS remained relatively stable during the first phase but increased slowly in the second phase. Total nitrogen in both water and sediment (TNW and TNS) was also significantly higher in Pond A but remained relatively stable. A structural equation model revealed that the decomposition of aquatic macrophytes, could, directly and indirectly, influence N and P cycles in an aquatic ecosystem through the regulation of pH and DO. Our study indicate that the decomposition of biomass exerted a greater influence on P than on N. Besides the direct release of P from decaying biomass, which caused a significant increase of P in water body, changes of DO and ORP and the subsequent redox state of the whole system during the process also indirectly affected the deposition and dissolution of P between sediment and water. P was the decisive factor that caused endogenous eutrophication in ponds containing aquatic macrophytes. View Full-Text
Keywords: floating-leaved macrophytes; decomposition; nitrogen; phosphorus floating-leaved macrophytes; decomposition; nitrogen; phosphorus
►▼ Show Figures 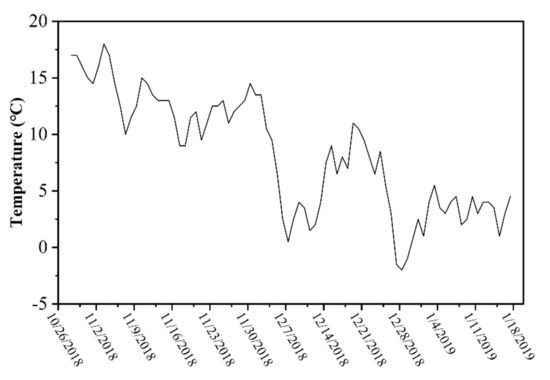