3.1.1. Timeline of the Mechanism from the Governor’s Perspective

3.1.2. Timeline of the Mechanism from the Governor’s Perspective

3.2. Basic Information about the Model

Based on Figure 1 and Figure 2, the basic information of this model contains information about following aspects: the predetermined mechanism, self-report information, water resource allocation, ex post verification, and reward.

The governor proposes the predetermined mechanism, including the allocation rule, , and the ex post verification and reward mechanism, . The following part gives the details about self-report information and and .

Suppose that the set of users is , which means different users in the same area. Each user has to submit his demand information, , to the governor, which is decided by his true private demand information and user i’s control effort level related to self-reporting [37]. The cost related to is , , , . Moreover, , where is the lowest demand quantity, and is the highest demand quantity according to the history of the governor’s allocation. As a rational user, .

3.3. The Objective Function of the Mechanism

Huangbai River is located in the north bank of the lower reaches of the Three Gorges of the Yangtze River in China. The main stream of the Huangbai River Basin is divided into two branches, the east and the west (as shown in Figure 3). The east branch is the research object of this paper, including two counties, i.e., Yiling District and Yuan’an County, and six towns, i.e., Zhangcunping Town, Wuduhe Town, Fenxiang Town, Huanghua Town, Xiaoxita Jieban Town in Yiling District, and Luozu Town in Yuan’an County. The basic information of these towns is listed in Table 1.

First, each town reported its own demand quantity before the governor allocated the water resources.
This paper analyzes water resources in this basin in 2025 under the hydrological conditions of annual average and 95% frequency. With the annual average, supply is equal to demand, with demand being 68.71 million m3 and supply being 68.71 million m3. With 95% frequency, there is water resource shortage. That is to say, supply is less than demand, and the allocated water demand and water resource supply are 66.67 and 58.94 million m3, respectively, in the special dry year frequency, with a shortage of 7.73 million m3.
In the first case, if there is no asymmetric information between the governor and users, the allocation results are as follows in Table 2:
In the second case, there exists asymmetric information and user i reported his demand information based on his true and controlled effort level.
The first step is to set the optimal in Table 3.
The optimal cross-subsidy, , considers three important factors, including reported demand quantity, water contribution, and GDP contribution. Compared with the first case, it could improve the allocation efficiency for these regions.
Second, set the optimal, .
IC is binding,
For the governor, .
Take Zhangcunping Town for example. Considering the lowest satisfied water demand, , we assume the control effort level , , , and we could gain the following results without considering all costs (Figure 4).
According to these results, the optimal is shown in Figure 3, which could reflect the relationship between and . The lower the verification frequency is, the higher the reward level is, and the lower is, the higher the reward level is. Moreover, when verification frequency, , is low, the governor has to set a high penalty, , to motivate users to report relatively true demand information [38].
Additionally, from user i’s perspective, if the reward exceeds his benefit from reporting false information, he will also choose to report true information, or he will choose to exert more efforts to use water resources more efficiently, which is worth studying in future research.
Based on the above analysis, there are two cases with and without ex post verification and reward. Compared with the first case, which involves symmetric information and no ex post verification and reward mechanism, the second case with the ex post verification and reward mechanism could improve allocation efficiency for several reasons: (i) the optimal cross-subsidy, , considering reported demand quantity, water contribution, and GDP contribution, could reflect the practice situations rather than just the reported values; (ii) the verification and reward, , further motivate each user to report relatively true values and act according to the governor’s interests rather than at the expense of the governor.

It is necessary to explore all possible solutions to address the water crisis because water resource allocation is a long-term project all over the world. In this paper, the ex post verification and reward mechanism could address the principal–agent issue related to water resource allocation, considering the asymmetric information and conflicts of interest between the governor and users. In fact, as users may come from different industries, such as agriculture, manufacturing, and others, ex ante improved bankruptcy allocation and ex post verification should be considered differently; users may cooperate with each other to report demand information, honestly or dishonestly, which will affect the allocation rules directly. Furthermore, verification cost maybe type-dependent, this is to say, each user may have a different verification cost, which also affects the governor’s utility function.
Based on the above analysis, there are two main extension aspects for future investigation. First, we can extend different competing water users to several different types of users (more than two), including users with low demand, users with high demand, industrial users, and environmental users. The governor and various users will behave differently when the governor faces more choices and each user faces more competition. According to several previous papers [7,8,9,10], various types of users play an important role in mechanism design. The governor will face different utility functions related to water demand quantities, which will directly influence the total verification cost and relative reward and force all participants to change their behaviors. This is another interesting direction for future research. The second extension is that competing water users choose to cooperate with each other to bargain with the governor when facing the predetermined allocation mechanism. That is to say, if users from different sectors or the same sector cooperate to bargain with the governor, they will have more bargaining power than one user alone, which will necessitate a different allocation mechanism, another interesting research direction left for further research.
It is also worthwhile to study those related issues from such directions as type-dependent costly verification for each user, free verification and very large punishment, repeated allocation management during a period of time, and so on.

This research was financially supported by the Hubei Social Science Foundation (2020187). The authors would like to thank the funded project for providing material for this research. We would also like to thank the editor and reviewers very much for their valuable comments in developing this article. 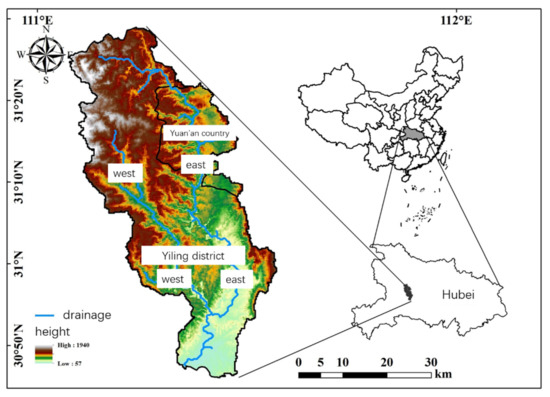 Table 3. Water resource allocation with with symmetric information.
Table 3. Water resource allocation with with symmetric information.
© 2021 by the authors. Licensee MDPI, Basel, Switzerland. This article is an open access article distributed under the terms and conditions of the Creative Commons Attribution (CC BY) license (https://creativecommons.org/licenses/by/4.0/).
We use cookies on our website to ensure you get the best experience. Read more about our cookies here.
Accept
We have just recently launched a new version of our website. Help us to further improve by taking part in this short 5 minute survey here. here.
Never show this again