Contamination Status of Salmonella spp., Shigella spp. and Campylobacter spp. in Surface and Groundwater of the Kelani River Basin, Sri Lanka
Next Article in Special Issue

In this study, we performed model simulations to investigate the spatial, seasonal, and annual dew yield during 40 years (1979–2018) at ten locations reflecting the variation of climate and environmental conditions in Jordan. In accordance with the climate zones in Jordan, the dew formation had distinguished characteristics features with respect to the yield, seasonal variation, and spatial variation. The highest water dew yield (an overall annual mean cumulative dew yield as high as 88 mm) was obtained for the Mountains Heights Plateau, which has a Mediterranean climate. The least dew yield (as low as 19 mm) was obtained in Badia, which has an arid climate. The dew yield had a decreasing trend in the past 40 years due to climate change impacts such as increased desertification and the potential of sand and dust storms in the region. In addition, increased anthropogenic air pollution slows down the conversion of vapor to liquid phase change, which also impacts the potential of dew formation. The dew yield showed three distinguished seasonal patterns reflecting the three climates in Jordan. The Mountains Heights Plateau (Mediterranean climate) has the highest potential for dew harvesting (especially during the summer) than Badia (semi-arid climate). View Full-Text
Keywords: cumulative dew; spatial variation; seasonal variation cumulative dew; spatial variation; seasonal variation
►▼ Show Figures 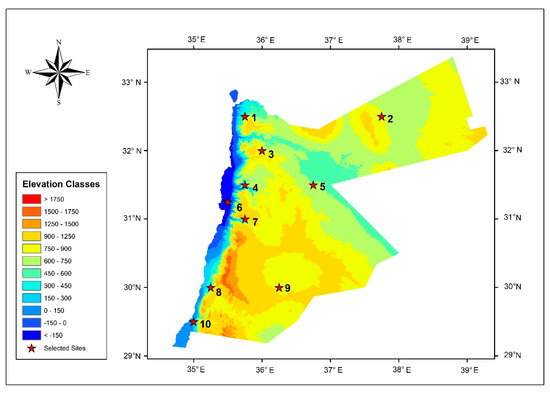