To determine the permeability characteristics and the groundwater enrichment conditions of loess and paleosol layers, this article systematically investigated the permeability, magnetic susceptibility, porosity, and carbonate mass percentage of representative loess-paleosol layers (L1 to S5) on the Bailu tableland in the Chinese Loess Plateau south. The result of in situ permeability measurements showed that the average time to reach quasi-steady infiltration of loess layers is shorter than that of paleosol layers. In addition, loess layers have higher porosity and better water storage spaces than paleosol layers and were prone to form aquifers. Paleosol layers, on the contrary, are more likely to form aquitards. The difference between loess and paleosol in permeability, porosity and groundwater enrichment conditions is largely attributed to lower intensity pedogenesis of loess, which is in turn ascribed to the colder and drier palaeoclimatic conditions. It is worth mentioning that the CaCO3 concretion layer is a good aquifuge for its compact structure. Generally, the empirical formula of the Koctakob formula is applicable for describing the permeability rule of loess and paleosol layers, and the parameters of the empirical formulas can provide an important reference for hydrological and agricultural departments. In this regard, the Quaternary climatic change theory can contribute to the hydrogeology of the Chinese Loess Plateau, and the regional climatostratigraphy can be regarded as a baseline for local water resource positioning and revegetation in such a semi-arid area, which broadens the application field of Quaternary climatic change theory. Meanwhile, it also provides a reference path for solving water shortages of other loess distribution areas in China and other countries. View Full-Text
Keywords: permeability; groundwater resource; palaeoclimatic change; loess–paleosol sequence; Chinese Loess Plateau permeability; groundwater resource; palaeoclimatic change; loess–paleosol sequence; Chinese Loess Plateau
►▼ Show Figures 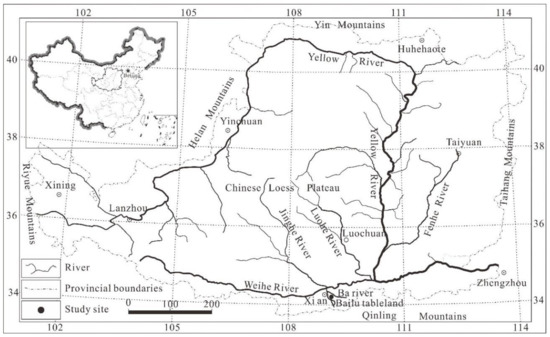