CFD Modeling of Effluent Discharges: A Review of Past Numerical Studies

Effluent discharge mixing and dispersion have been studied for many decades. Studies began with experimental investigations of geometrical and concentration characteristics of the jets in the near-field zone. More robust experiments were performed using Laser-Induced Fluorescence (LIF) and Particle Image Velocimetry (PIV) systems starting in the 20th century, which led to more accurate measurement and analysis of jet behavior. The advancement of computing systems over the past two decades has led to the development of various numerical methods, which have been implemented in Computational Fluid Dynamics (CFD) codes to predict fluid motion and characteristics. Numerical modeling of mixing and dispersion is increasingly preferred over laboratory experiments of effluent discharges in both academia and industry. More computational resources and efficient numerical schemes have helped increase the popularity of using CFD models in jet and plume modeling. Numerous models have been developed over time, each with different capabilities to facilitate the investigation of all aspects of effluent discharges. Among these, Reynolds-averaged Navier-Stokes (RANS) and Large Eddy Simulations (LES) are at present the most popular CFD models employing effluent discharge modeling. This paper reviews state-of-the-art numerical modeling studies for different types and configurations of discharges, including positively and negatively buoyant discharges, which have mostly been completed over the past two decades. The numerical results of these studies are summarized and critically discussed in this review. Various aspects related to the impact of turbulence models, such as k-ε and Launder-Reece-Rodi (LRR) models, are reviewed herein. RANS and LES models are reviewed, and implications for the simulation of jet and plume mixing are discussed to develop a reference for future researchers performing numerical investigations on jet mixing and dispersion. View Full-Text
Keywords: effluent discharge; CFD; numerical modeling; mixing; OpenFOAM; dilution; review; inclined dense jet effluent discharge; CFD; numerical modeling; mixing; OpenFOAM; dilution; review; inclined dense jet
►▼ Show Figures 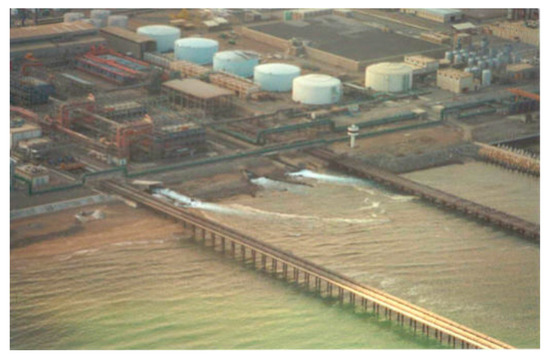 
Mohammadian A, Kheirkhah Gildeh H, Nistor I. CFD Modeling of Effluent Discharges: A Review of Past Numerical Studies. Water. 2020; 12(3):856.