Forest ecosystems are faced with a variety of threats, including increasingly prolonged droughts and other abiotic stresses such as extreme high temperatures, very strong wind, invasive insect outbreaks, and the rapid spread of pathogens. The aim of the study was to define crucial abiotic stressors affecting Central Europe forest ecosystems and, with regard to their possible simultaneous effect, develop a universal method of multi-hazard evaluation. The method was then applied to the particular area of interest represented by part of the Czech Republic with forest land cover (12–19 ° E, 48–51 ° N). Based on National Threat Analysis, the most significant threats of natural origin with a close relationship to forest stability were identified as drought, high temperature, and wind gusts. Using suitable indicators, a level of their risk based on occurrence and consequences was estimated. The resulting combined level of risk, divided into five categories, was then spatially expressed on a grid map. The novelty of our paper lies in: (i) all relevant climatic data were combined and evaluated simultaneously with respect to the different level of risk, (ii) the developed methodological road map enables an application of the method for various conditions, and (iii) multiple hazards were estimated for the case study area. View Full-Text
Keywords: forest ecosystem; climate change; abiotic stressors; drought; wind gust; high temperature forest ecosystem; climate change; abiotic stressors; drought; wind gust; high temperature
►▼ Show Figures 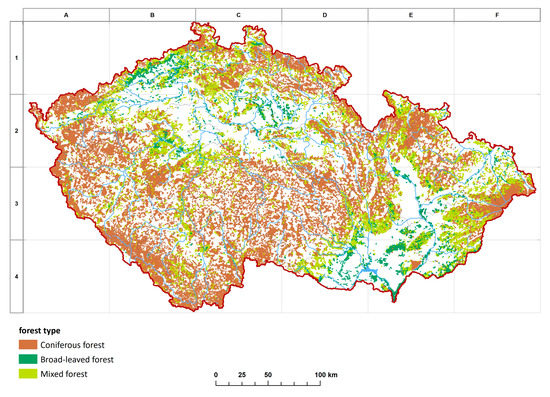