The town of Moamba is the capital of the district that carries the same name, Moamba. It is located approximately 60 km north-west from Maputo, the national capital city of Mozambique. Its rapid and unplanned growth has been correlated to the fact that Moamba is located at the intersection of national roads and the railway that connects Mozambique to the Republic of South Africa, making of Moamba a corridor of persons and goods [13]. People interviewed during fieldwork pointed out that the civil war, which ravaged Mozambique between 1976 and 1992, led to a first wave of migrants settling in Moamba in the early 1980s.
Moamba’s water treatment and distribution network was selected as our main unit of analysis with a specific focus on the practices of the actors tinkering with it. The first version of the infrastructure was built in the early 1960s by the Portuguese colonial government to abstract water from the Incomati River and provide it to the Portuguese population that had settled in Moamba. This population was constituted mainly by employees of the Railway Company and public servants. Later in 1972, the water distribution network was extended to also provide water to the small sections of the Mozambican population who worked for the railway company and collaborated with the colonial authorities. In 1975 Mozambique became independent and the government modernized the treatment plant in 1989 and extended the distribution network during the following years. In 2011 a new project to rehabilitate and extend the system was commissioned by the national government, which coincided with the implementation of new water and economic policies, characterized by the commercialization of the potable water provision service in the country. In 2013 this renewed water infrastructure was inaugurated to be operated by a private operator in a concession area with a population of approximately 24,650 inhabitants and projected coverage of 45%.
Nowadays Moamba’s water supply system has three general components (Figure 1): An intake station in Incomati River, approximately 3 km north from the town; a small water treatment station; and a water distribution system composed by two elevated reservoirs and piped water distribution network (see Figure A1 in Appendix B). The mainline transports water from the intake station to the treatment station; and the water distribution network. Additionally, from Moamba’s water distribution network the water is transported towards the Administrative Post of Pessene, 14 km away in South-Eastern direction from Moamba, and from there to the settlements of Tenga 9 km away from Pessene. For a more detailed list of the components of the system, please see Table A1 in Appendix A.
Moamba water supply is intermittent for different reasons. One is the frequent interruptions in the electricity needed for the pumps to abstract water from the river. Another reason is the recurrent droughts, which affect the water table of the Incomati River and reduce the capacity of the intake station to inject water into the water treatment and distribution system. Finally, another common cause for interruptions in the water supply service is frequent ruptures and leakages in the distribution network. These breakdowns force the operators to turn off the pumps and interrupt the service until they have fixed the problem. Based on the interviews conducted with managers and operators of the water utility, we identified Bairro Central (meaning central neighborhood) as one of the areas with major challenges in supplying water in Moamba. The interviewees stated that these difficulties have to do with the typography of the terrain and with the low pressure in the distribution network. Knowing the historical development of the water infrastructure in Moamba as a whole, we decided to zoom in on this particular neighborhood to further explore the emerging nature of the infrastructure in this problematic area, also looking at the outcomes.

3. Imagining the Water Flow: The Technical Expertise of Engineers

4. Forcing the Water Flow: The Technical Expertise of the Operators

5. Appropriating the Water Flow: The Technical Expertise of Water Users

By shifting the focus of research from formal designs and official rules of operation to the detailed documentation of everyday practices of tinkering with water infrastructure, we show that Moamba’s water infrastructure is constantly in-the-making. Just like other researchers who engage with everyday practices to show how actors exercise agency to (re)produce disparate access to water (see amongst others [6,7,8,9,18]), our findings reveal how water infrastructure itself co-constitutes social processes. As pointed out in this paper, the physical environment, in which infrastructure is constructed, is never fully known nor knowable as it constantly changes due to human interventions as well as natural processes. This does not only mean that during construction, to speak in engineering jargon, ‘in situ’ deviations from design need to be made to make the infrastructure fit its environment, and later on further modifications are done as part of the everyday operation and maintenance practices, but also that its functioning can never be fully predicted nor apprehended by the engineers who designed it (see also [8,11,19,20,21]). This inherently emerging and—at least partly—obscure nature of water infrastructure means that everyday interventions are needed to make it function. These are, to a great extent, governed by a logic of trial and error. As the various examples described in this paper show, every undesired performance of the infrastructure requires further calibration, adjustments, and corrections, making infrastructural development an essentially experimental process [2]. Acknowledging this prompts a re-thinking of what engineers are and do: instead of merely following blueprint designs, much of their actual job consists of improvisations needed to steer capricious flows of water (see also [1,22]).
As the case of Moamba’s water supply system shows, different kinds of actors tinker with the form and materiality of the infrastructure in attempts to make the water flow. Engineers, construction workers, operators, and water users are thus all involved, at least to some extent, in the continuous process of making and remaking the infrastructure. Through these acts of tinkering, they also experiment with (parts of) the system, in the process acquiring know-how on its intricate behavior (see also [5,23]). De facto, the involvement of users and operators in changing the layout and functioning of pipes thus implies a re-distribution of expertise, to some extent challenging formal hierarchies between engineers and operators and between water utilities and water users [24]. It also entails shifts in how roles and responsibilities are defined and distributed in water provisioning. It reveals that operators, plumbers, and water users have much more agency than is usually assumed or granted to them. Acknowledging that this is so has important social-political implications; the need for continuous tinkering with infrastructure rips open spaces for a range of actors to get involved, (re)negotiate and establish hydraulic property rights, spaces to claim access to water potentially even for actors with less formal powers and rights like the residents in Bairro Central.
We like to end this paper with a plea for more ethnographic research to document the everyday practices of tinkering with (water) infrastructure in various contexts. As shown in this case study, attention to sociotechnical tinkering provides an interesting provocation to accepted ideas about how water provisioning works (or should work). It sheds light on how actual water flows—at least partly—escape formal plans and official designs as the result of the contingent coming together of different people, water(s), infrastructure, and much else (see also [2,11,12]. This prompts modesty in terms of the central controllability of water and creates a much-needed appreciation for how conveying and distributing water always requires many creative collaborations—between engineers, operators, and users. As our anecdotes suggest, these collaborations also shed a refreshing light on why people invest labor and money in water provisioning, showing that it is about much more than money or rational economic motives. Collaborations are anchored in friendships and neighborliness between users and rest on the professional pride of operators who are keen to help to provide water to all. Also, methodologically, attention to sociotechnical tinkering provides an attractive empirical entry point to study water service provision, and water governance processes in general, because acts of tinkering with infrastructure are visible and traceable rallying points of wider water politics, marking people’s attempts and struggles to access and claim water. Documenting these acts, therefore provides new impetus for understanding water politics, as well as the relations between power and infrastructure.

This research was funded by the Dutch Ministry of Foreign Affairs through the DGIS IHE Delft Programmatic Cooperation 2016–2020 (DUPC2) through the research SMALL project on water supply and sanitation in small towns on the urban-rural intersection.

Fieldwork was supported by Eduardo Mondlane University and Collins. Our special gratitude goes to Pedro Cardoso, Taurai Tomossene, Jorge Tomé Vicente, Herculano Francisco, Alfredo Jorge Chauque, Rojasse A. Macamo, Cremildo Alfredo Lampeão, Remígio Castro João, and Eugenia Inacio for facilitating and participating in this research. We would like to thank the residents of Moamba, and Bairro Central in particular, for sharing their views and experiences with us as it forms the core of this research. We thank Tavengwa Chitata for the support provided with the figures and the anonymous reviewers of this journal for their valuable comments and suggestions to improve an earlier version of this manuscript. 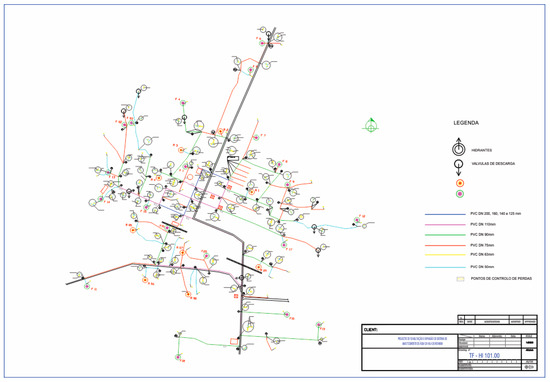 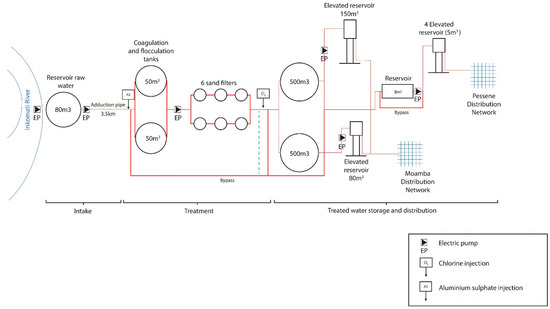