2. Framework of the Burst Detection System

Before creating a burst detection system, three issues must be addressed (Figure 1):

(1)
Burst detection capability: What is the minimum burst that the monitoring system can detect? For example, a burst in a 1200 mm diameter pipe may easily be detected whereas a burst in a 50 mm diameter pipe may be undetected. Specifically, what pipe diameter is the minimum for burst events to be detectable?
(2)
Sensor network design: How many pressure sensors and flow meters are needed, and where should they be installed?
(3)
Detection algorithm: How do we analyze the monitoring data and determine the probability that a burst event has occurred?

A flowchart for creating a monitoring system to detect burst events that is aligned with these three principles is shown in Figure 2. A brief description of each of the seven components follows:
Boxes 1 to 5 in Figure 2 address the first issue, and boxes 6 and 7 address the second and third issues. In this paper, we focus on the first issue, the feasibility and capability of accurately detecting burst events. We have carried out research in estimating the flow in a burst pipe, box 1 [17], in which the flow coefficient is estimated according to the size of the burst and the incoming water velocity. In the rest of this paper, we discuss boxes 4 and 5 which use the observed data.

Supervisory control and data acquisition (SCADA) infrastructure is used by water companies to detect pipe burst events. Flow and pressure data are sent to a control center via a general packet radio service (GPRS) every 5–15 min. In this section, we use data observed at Guangzhou over one year for statistical analysis.
Guangzhou’s WDS is one of the largest systems in China. It has seven water reservoirs and supplies 400 million m3/d water. The study area is supplied by the Shimen water plant (Figure 3A). Fourteen pressure sensors are installed in the area, denoted by the numbers 1#–14# in Figure 3B.

4. Impact of Burst Events on WDS

A pipe burst event affects both the pressure and flow of a WDS. The effects depend on the structure of the WDS, the level of damage to the pipes, and the pipe diameters. A burst event causing a certain degree of damage at a particular pressure usually has greater impact on a DN1200 mm pipe than it would on a DN600 mm pipe. Thus, it is easier to detect the DN1200 mm pipe burst. It is difficult to directly measure the effects of a pipe burst event on a WDS. The hydraulic model provides a means of evaluating the effects. The following sections describe a method of modeling and evaluating the impact of a simulated burst event and an analysis of the minimum pipe diameter for detection of a burst event.
EPANET provides a pressure-dependent jet flow model, which can simulate a burst event by setting the emitter coefficient. The jet flow function is: where C is the emitter coefficient, HL is the pressure at the leak point, and QL is the leak flow C can be expressed as: where μ is the discharge coefficient and is related to the pressure, the incoming velocity, and the shape of the hole. According to our previous research [17], we set μ = 0.4, and C is given by: where AL is the area of the hole (m2), AD is the area of the pipe cross-section, and n represents the ratio of hole area to pipe cross-section area. In this study, n ranges from 2 to 1/32, with a typical value being 1/2. In the following simulations, we assume that burst events occur close to sensors 1#, 9#, and 10# and the adjacent pipes are DN1200 mm, DN800 mm, DN600 mm, DN400 mm, and DN300 mm.

A simple burst detection method is to compare the pressure drop and head loss at a sensor with the threshold values. If the pressure drop and head loss both exceed the threshold values, a burst may occur near this sensor. We use a case in Guangzhou to validate the model.
A pipe burst event occurred at 13 Februrary 2010 22:15 (Figure 3B, Event 1). The burst pipe diameter is 1800 mm. When the event occurred, pressure at the pump station decreased by 0.59 m, and the flow increased by 560 m3/h (5% of total flow). However, it is difficult to determine that a burst event occurred from the data for the observed pressure drop and flow increase. We use the thresholds method mentioned in Section 3.2 for further determination. The threshold values (ΔPc i,t and ΔPc s,i,t) of all sensors are calculated, as shown in Table 2. The average value of ΔPc i,t is −1.24 m and the average value of ΔPc s,i,t is 1.57 m.
The variations of pressure (ΔPi,t) and head loss (ΔPs,i,t) after the burst are shown in Table 3. When ΔPs,i,t and ΔPi,t exceed the average threshold values, it is shown as 1 in the fifth row of the table, otherwise 0. Sensors 1#, 2#, 5#, 8#, 9#, 10#, 11#, 12#, and 13# are l. Among them, sensors 9#, 10#, 1#, and 2# have the four greatest ΔPs,i,t values. However, sensor 2# is located far away from the other sensors, so it is excluded. The most probable location of the pipe burst is somewhere near sensors 9#, 10#, and 1#. The monitoring records show that the burst location (Event 1) was really near sensor 9#, which shows this method is feasible for detecting and locating bursts.

In the regular operation of water distribution system, the ΔPi,t and ΔPs,i,t of a sensor may occasionally surpass the threshold, but this may not necessarily indicate a burst. Other events may induce similar abnormal pressure variations. If enough sensors exceed the thresholds at the same time, there is a high probability that a burst event has occurred. For example, in the case above, nine sensors detected the abnormal event. The minimum number of sensors required to detect an abnormal event is denoted by NS. If the number of sensors that detect abnormal events ≥NS, the monitoring system will initiate an alarm. Thus, the value of NS will influence the accuracy of burst detection. If the value is too low, the monitoring system will initiate many false alarms. If the value is too high, some genuine burst events may be missed. Three detection categories can be used when assessing the capability of a burst event monitoring system [18]: Correct detection, false detection, and missed detection. Nest and Nburst represent the numbers of predicted (i.e., detected by the monitoring system) and observed pipe burst events. Nright is the number of burst events that are both predicted by the system and observed (i.e., correct predictions), Nmissed is the number of burst events that are not predicted but observed, and Nfalse is the number of false alarms (i.e., burst events that are predicted but not observed) The relationships between Nest, Nburst, Nfalse, Nright, and Nmissed are shown in Figure 11.
Records of burst events in Guangzhou for one year were used to determine the recommended sensor numbers for burst detection. Nineteen burst events (pipe diameter ≥600 mm) were found, giving Nburst = 19. When the number of sensors exceeding the threshold value is ≥NS, the detection system will create an alarm. The minimum number of sensors to ensure a low false alarm rate can be determined by comparing the results of using different values of NS (Figure 12). When NS = 1, Nfalse is very high. When NS is 2, Nest and Nfalse greatly decrease. When NS > 4, Nmissed will increase rapidly, which means there is a high risk of missing real bursts. These results indicate that for this method to accurately determine burst events, the recommended value of NS is 2 or 3.

This paper introduces some basic principles and requirements for the design of a burst event detection system. The thresholds for burst detection and the minimum pipe diameter for which a burst event is detectable were determined. A simple burst detection method was suggested as a result of the statistical analysis of monitoring data and evaluation of the impact of burst events on the WDS. The method was validated using historical records, showing that this method can quickly identify the burst event and give a reasonably accurate burst location. The minimum number of sensors necessary for accurate burst detection was determined for the Guangzhou WDS. The main conclusions and recommendations are as follows:

(1)
Monitoring data contain background noise from WDS consumption use and from monitoring equipment. The effect of a detectable burst event should be greater than the level of background noise for a burst event to be correctly identified. The background noise of a pipe system can be determined by statistical analysis of the monitored data using the 3-sigma rule.
(2)
The minimum pipe diameter for which a burst event is detectable can be determined by model simulation. Monitoring burst events in pipes of greater than the minimum diameter will improve the burst detection and reduce monitoring costs.
(3)
In a detection zone (i.e., the part of the network close to and containing the burst event), a minimum number of sensors is necessary for an acceptable rate of correctly detected burst events. We found that data from two or more sensors close to the burst event location are required to reduce errors due to undetected events and false alarms.

The methods described in this paper for determination of burst thresholds, minimum pipe diameters, burst detection and localization, and minimum sensor numbers were validated using the data for one year from Guangzhou, but they can be used in other applications. The discussion of burst detection algorithms is not within the scope of this paper, so we did not compare the algorithm we used with other methods. However, we think that incorporating evidence theory and Kalman filters would make the prediction of burst events more accurate and thus improve the effectiveness of the SCADA infrastructure.

This research received National Nature Science Foundation of China (NSFC Project No. 51578486), the Guangzhou Science and Technology Program (No. 201604020019). 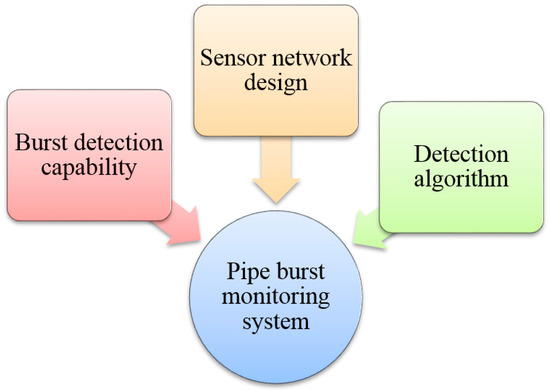 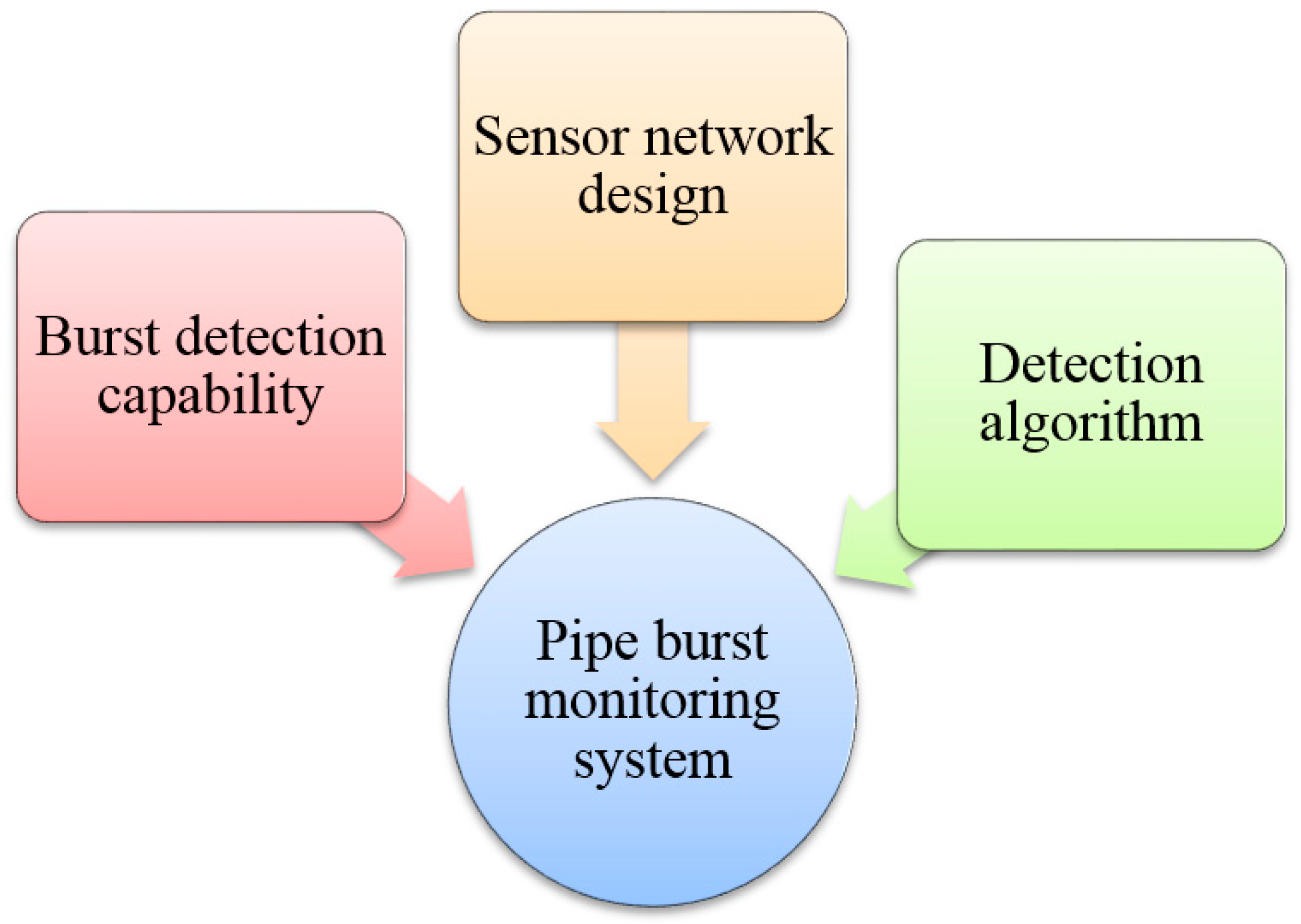 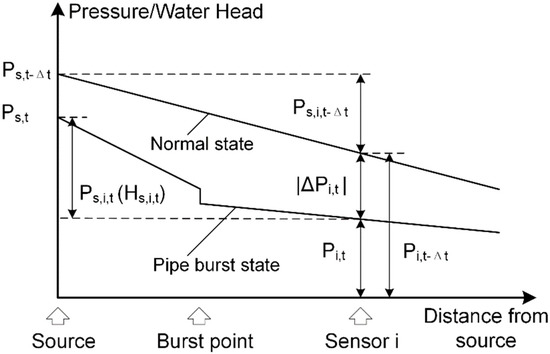 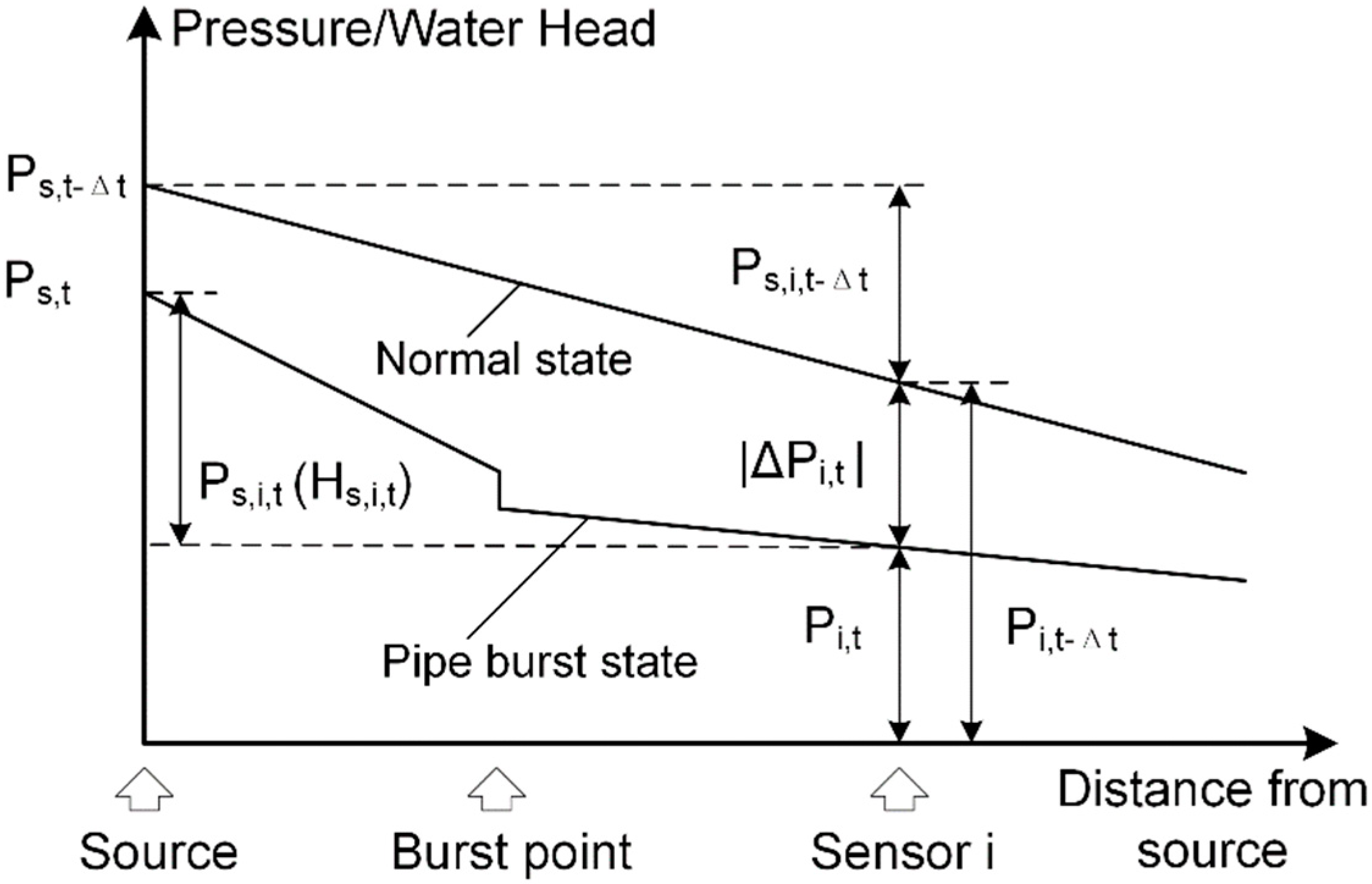 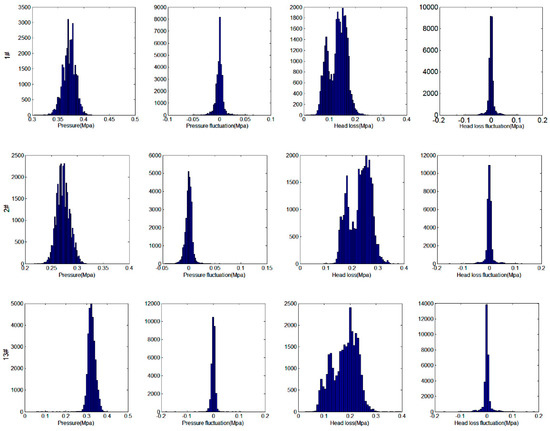 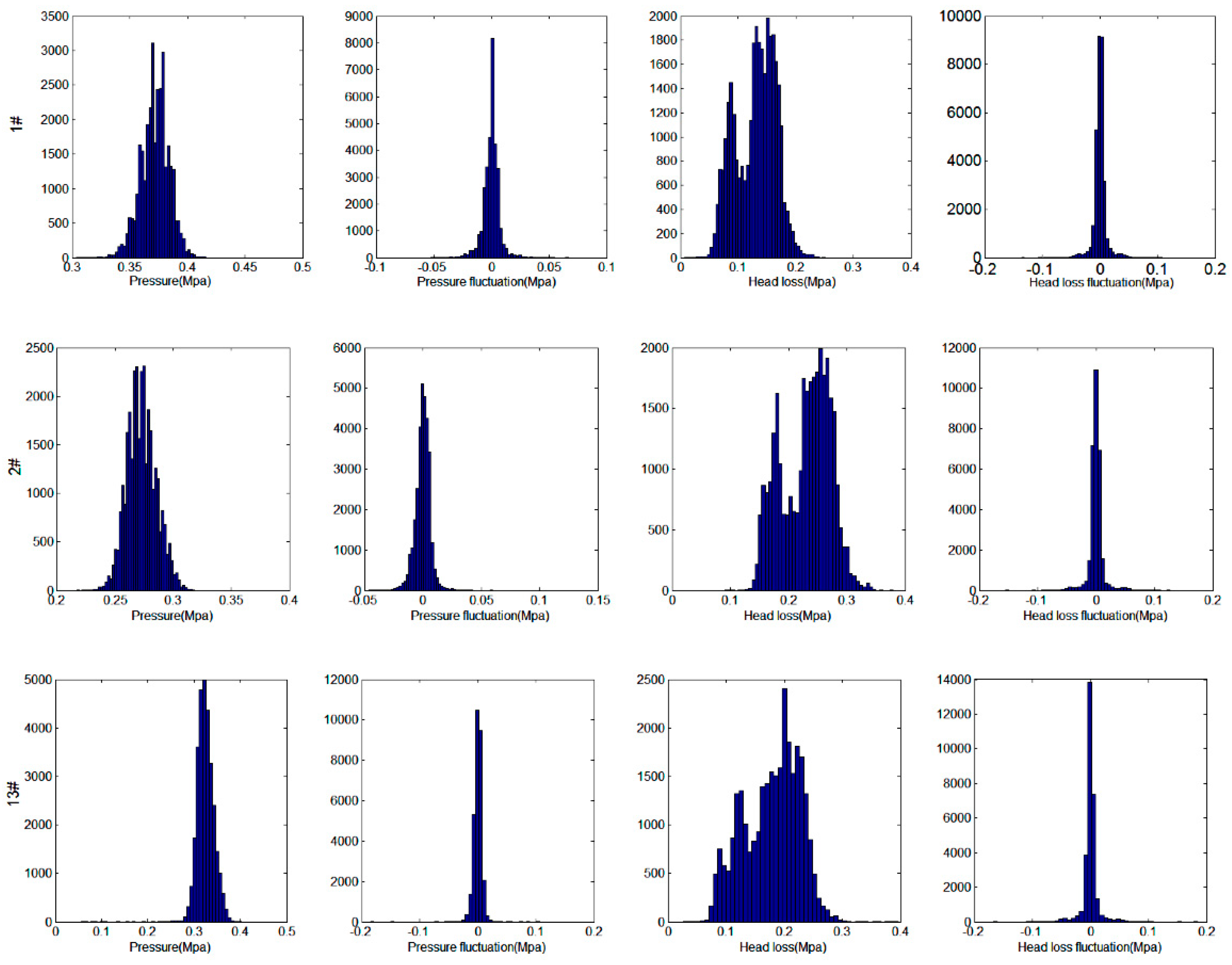 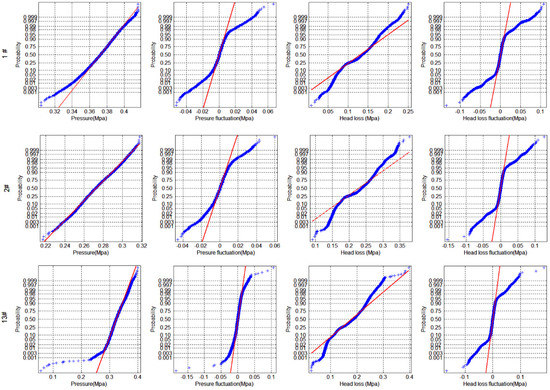 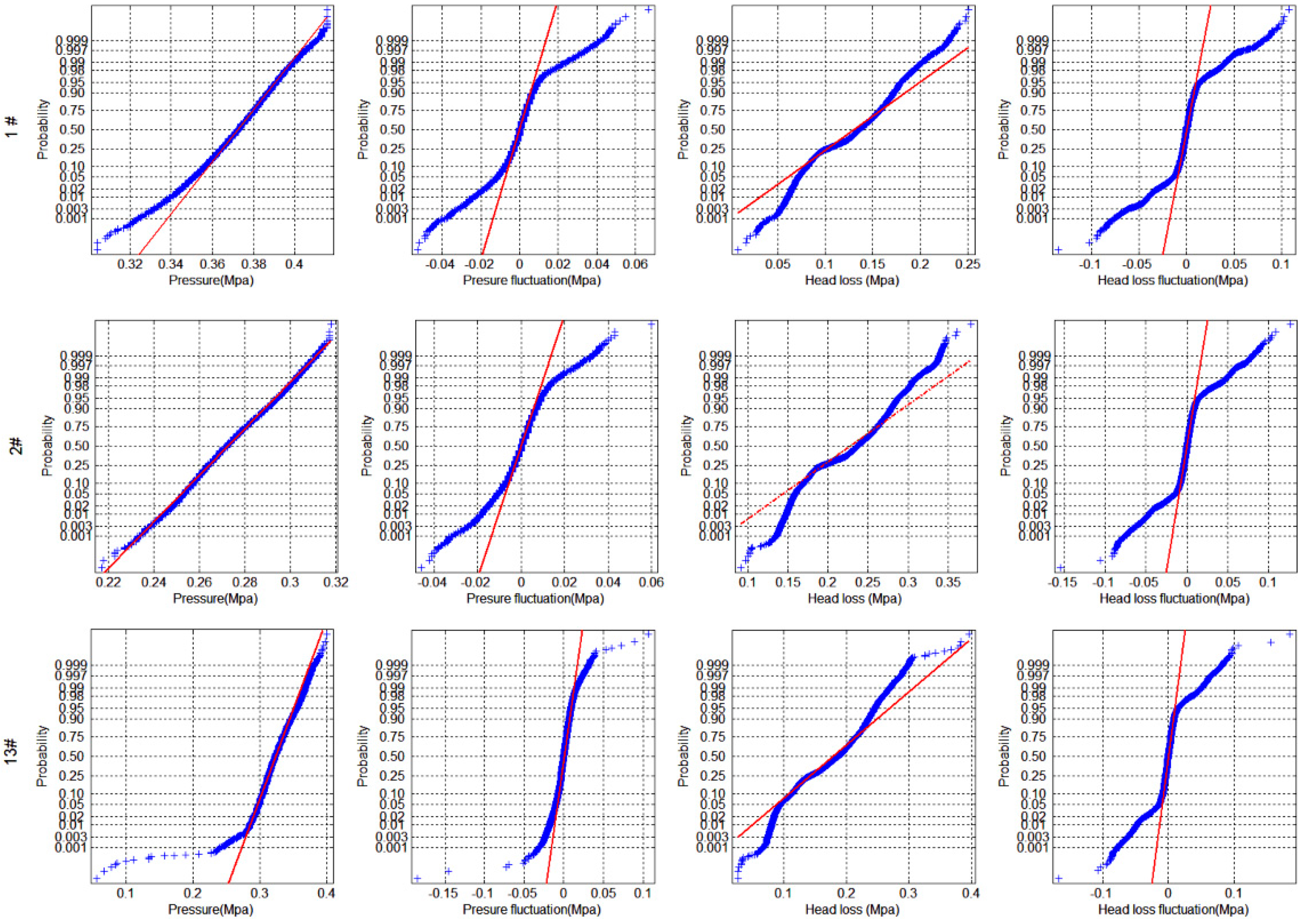 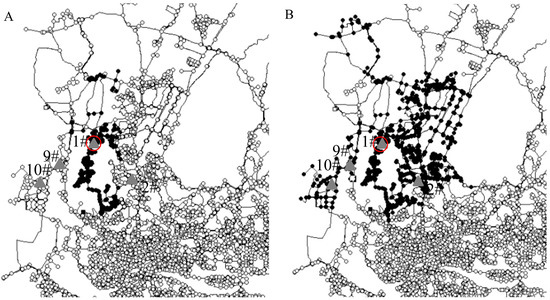 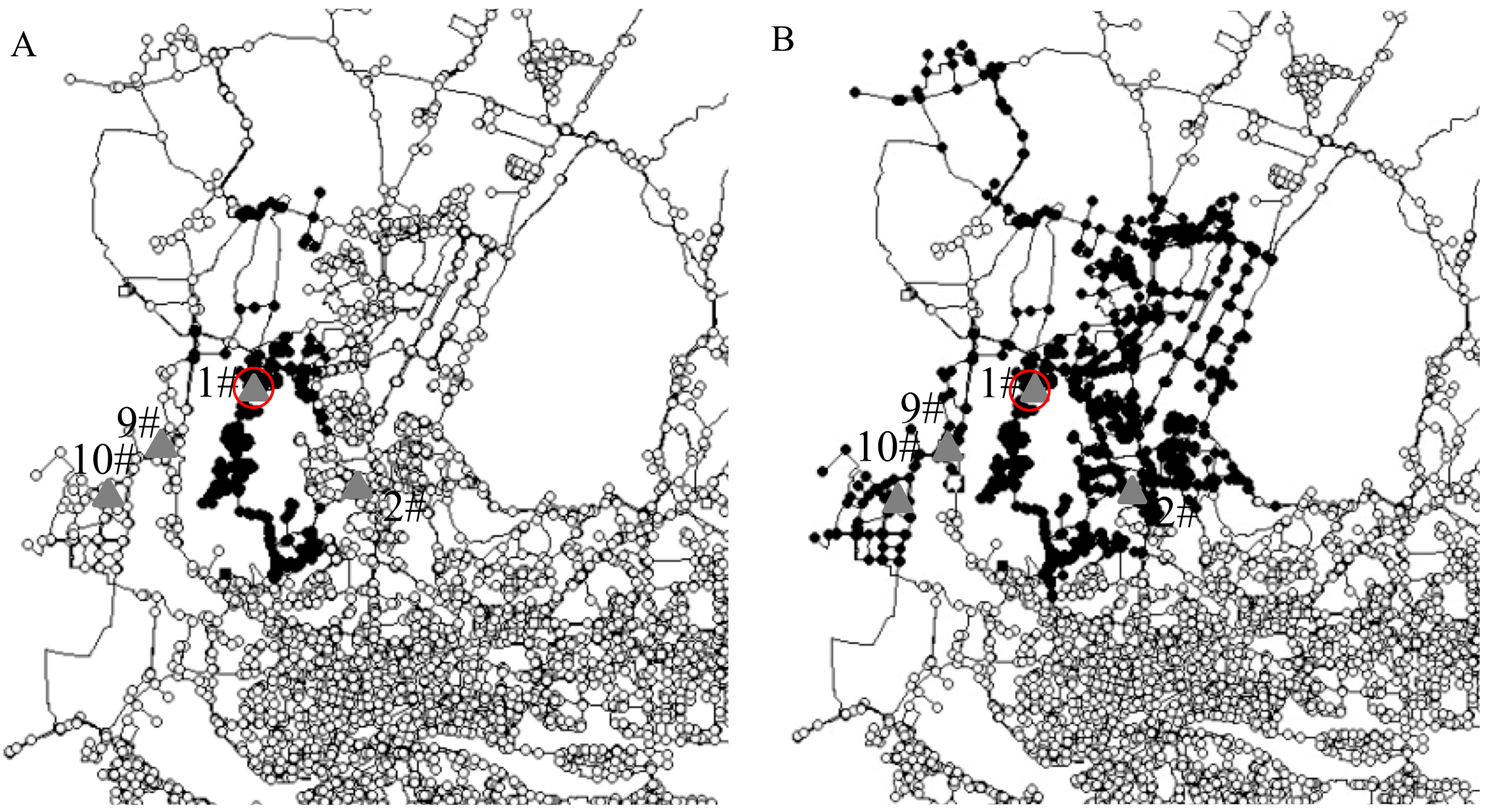 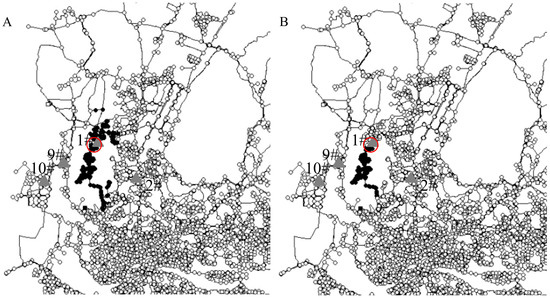 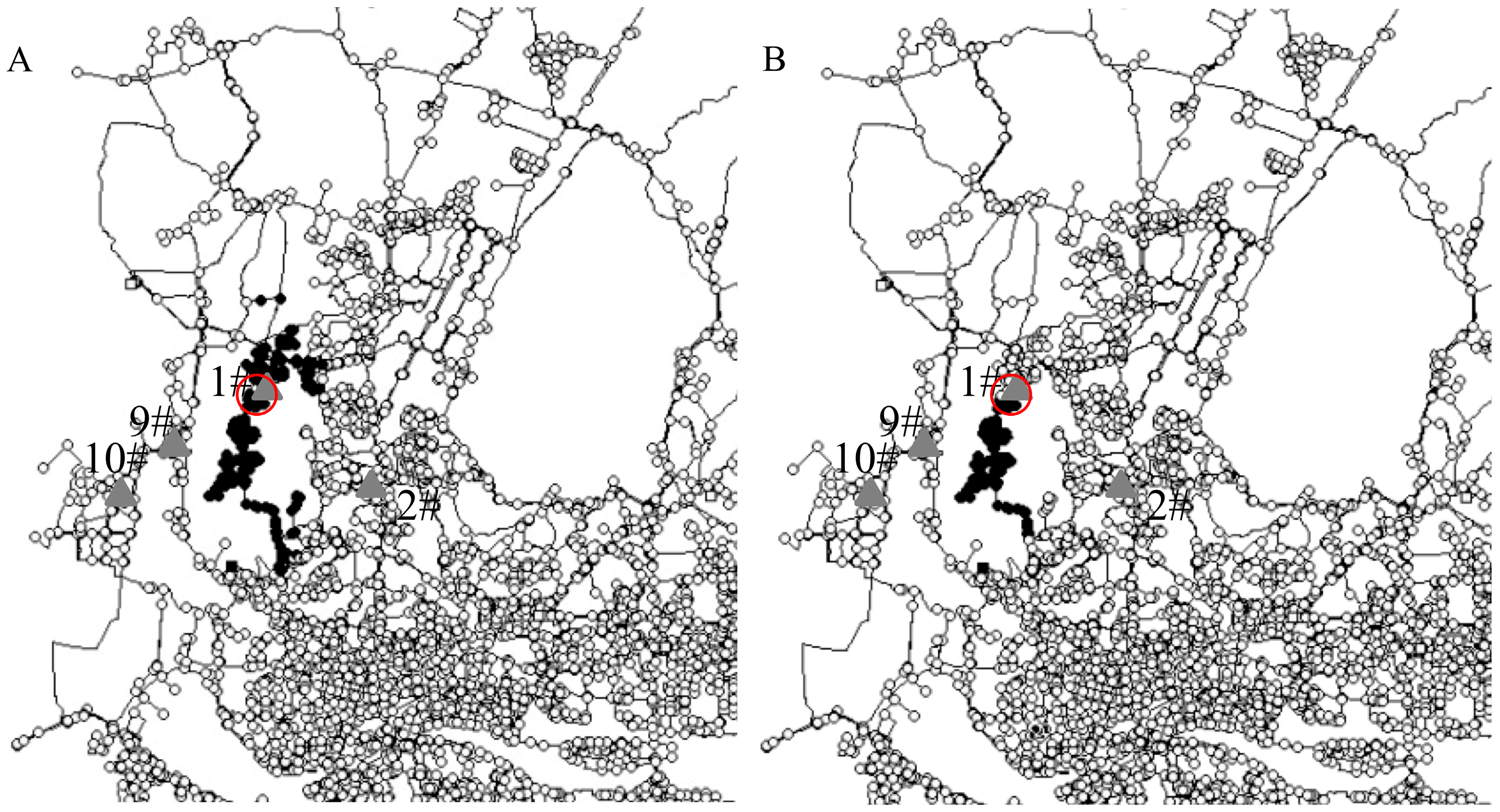 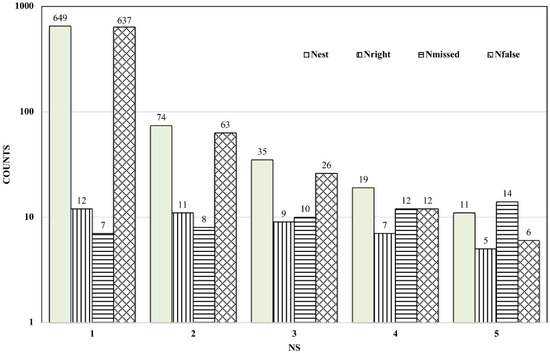 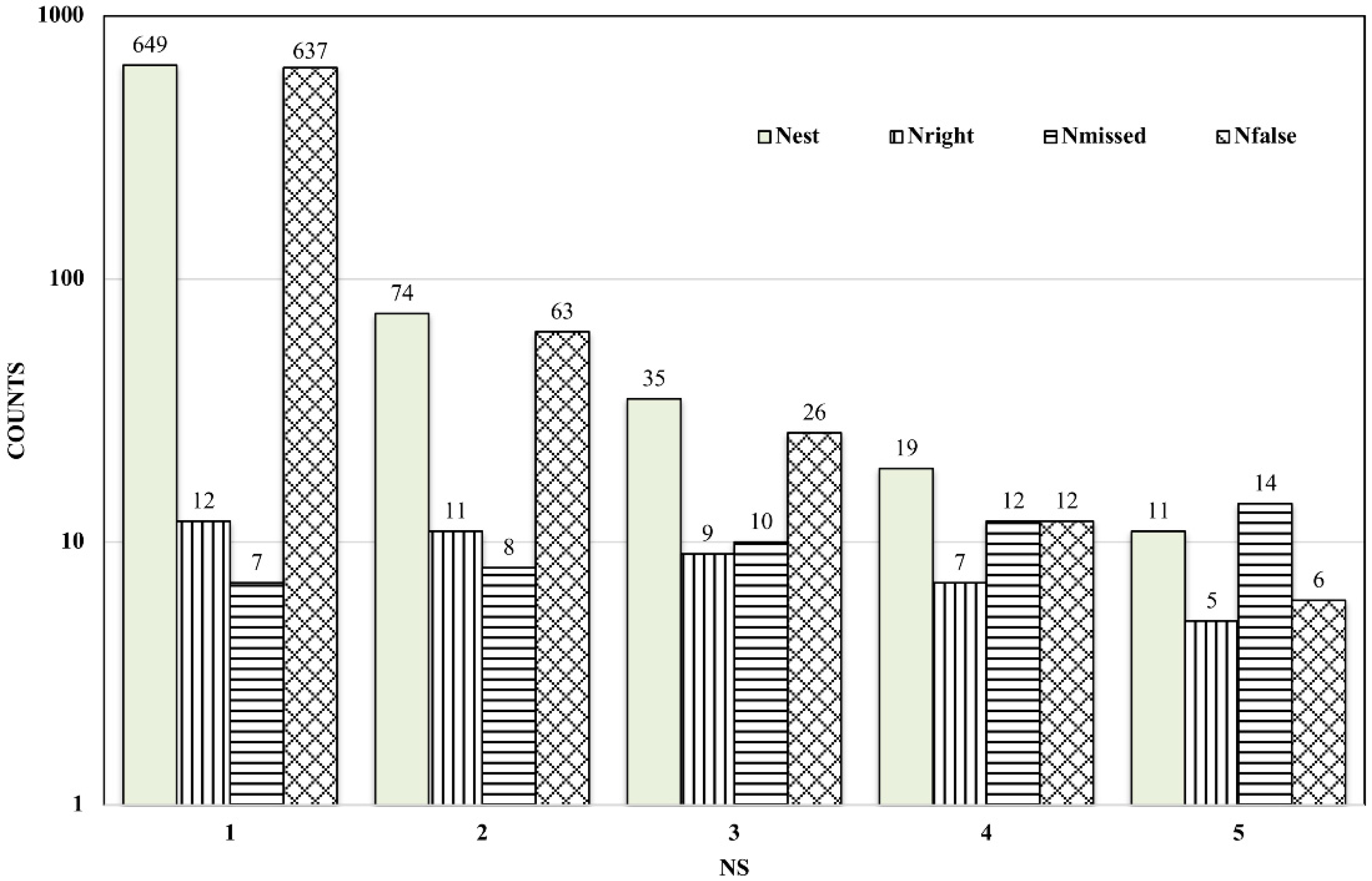