Flocculation is very common and significant for cohesive sediment in coastal areas, and the influence of temperature on it cannot be neglected. The Lattice Boltzmann Method (LBM), combined with the extended Derjaguin‒Landau‒Verwey‒Overbeek (XDLVO) theory, which considers the micro-interaction forces between particles, was applied to simulate the settling and flocculation processes of cohesive sediment under various temperature conditions. The floc size, floc volume, suspended sediment concentration (SSC), and settling velocities were analyzed. The analyses revealed that with increasing temperature, both the mean floc diameter and floc volume grew, while the maximum floc diameter initially increased and then slightly decreased with its peak at 10 °C. During settling, the SSC change rate was exponentially related to the SSC, with an optimal fitting index of 0.3. The LBM sediment settling velocity was also compared with some formulas and physical model tests; the comparison results consistently demonstrated that the LBM was reasonable for modeling the bulk settling of cohesive sediment. Further discussions illustrated that the cohesive sediment is more difficult to flocculate at low temperatures due to the low aggregation frequency, while at high temperatures, some large flocs broke easily due to the effect of the short-distance force and macro force. View Full-Text
Keywords: temperature; cohesive sediment; bulk settling; flocculation; LBM; XDLVO; capture frequency temperature; cohesive sediment; bulk settling; flocculation; LBM; XDLVO; capture frequency
►▼ Show Figures 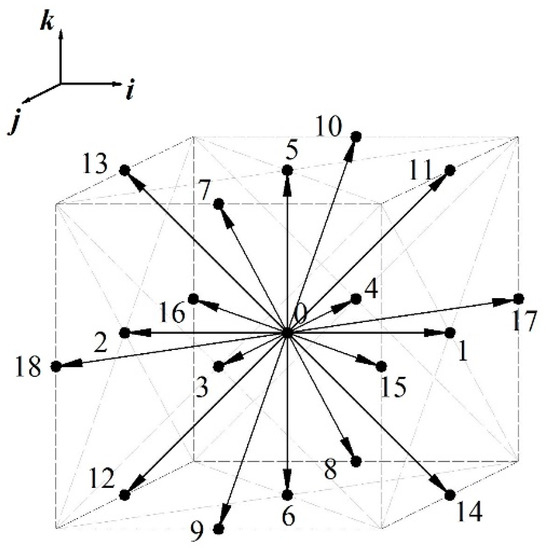