We experimentally investigate the generating results of space-time focusing waves based on two new wave spectra, i.e., the quasi constant wave amplitude spectrum (QCWA) and the quasi constant wave steepness spectrum (QCWS), in which amplitude and steepness for each wave component can be adjusted with fixed wave energy. The wavemaker signal consists of a theoretical wavemaker motion signal and two different auxiliary functions at two ends of the signal. By testing a series of focusing waves in a physical wave tank, we found that with given wave energy, the QCWA spectrum can produce a focusing wave with larger crest elevation and farther focusing location from the wavemaker flap, as compared with the QCWS spectrum. However, both spectra lead to larger focusing wave crests when the wave frequency bandwidth was narrowed down and a positive correlation between the generated relative wave crest elevation and the input wave elevation parameter. The two spectra produce different focusing wave positions for the same wave frequency range. We also found that the focusing time strongly relates to the energy of the highest-frequency wave component of the wave spectrum.
Keywords: focusing waves; wave amplitude spectra; space-time parameter; experimental investigations focusing waves; wave amplitude spectra; space-time parameter; experimental investigations

2. Generating Principle of Focusing Waves in a Physical Wave Tank

The experiment on focusing wave generation was carried out in the towing wave tank at Harbin Engineering University. The experimental sketch is shown in Figure 1. The wave tank has a length of 108 m, a width of 7 m, and a depth of 3.5 m. The hydraulic flap-type wavemaker is installed at one side of the wave tank and generates regular waves and random waves, with the maximum wave height of 0.4 m and the wave period ranging from 0.4 s to 4.0 s. At the other side, an absorbing shore is arranged to reduce the reflective waves from the end wall of the wave tank.
To record the free surface elevations, 24 wave gauges were installed with an interval of 0.4 m along the length of the wave tank. When the space parameter of focusing waves was set as 30 m, 40 m, and 50 m, the gauge array could be shifted with the first wave gauge (the far left one in Figure 1) installed at 21.905 m, 31.495 m, and 38.905 m from the flap, respectively. The hydraulic piston movement was also monitored by optic equipment (including markers and the matching cameras) to validate the accuracy of output signals.
The experimental procedure is summarized in Figure 2. To generate the desired focusing waves in the physical wave tank, it is essential to have appropriate and practical wave-making signals. The theory and method used in this research for signal generation are described in the following Section 2.2 and Section 2.3.

Focusing waves are generated by the spatio-temporal focusing principle of wave energy. The origin of the coordinate system is defined at the intersection point of the flap and the still water surface. The z-axis is vertically upward, and the x-axis is horizontally towards the wave travelling direction. The free surface of the focusing wave in the defined coordinate system can be expressed by: where xf and tf are focusing location and time and ωn is the frequency of each wave component, which linearly increases from ω1 to ωN, as expressed by Equation (2). In this work, an is newly developed to be a variable which is determined by wave spectra, i.e., the quasi constant wave amplitude spectrum and the quasi constant wave steepness spectrum. They can be expressed by Equations (3) and (4), respectively.
From Equations (3) and (4), it can be seen that cosh(knh)/sinh(knh) approaches one when the water depth tends to be infinite. Thus, the previous CWA and CWS spectra used to generate focusing waves are two special expressions of the QCWA and QCWS spectra at infinite water depth.
The wave component amplitudes of the QCWA spectrum and wave steepness of the QCWS spectrum at different water depths are demonstrated in Figure 3a,b, respectively. Figure 3a also shows that the wave component amplitude of the QCWA spectrum approaches that of the CWA spectrum when water depth increases. For a certain water depth, the wave component amplitude gradually becomes a constant as the wave frequency becomes higher. This is because these high-frequency wave components have short wave lengths and can be considered as deep-water waves. Therefore, Equation (3) expresses the CWA spectrum for high frequency range, i.e., an = Af/N. The similar correlation could also be seen between the QCWS spectrum and the CWS spectrum in Figure 3b. According to QCWA (or QCWS) spectrum, for the finite water depth, the crest elevation of the generated focusing wave (defined as Af0) is equal to ∑an (calculated by the linear wave theory), which is larger than Af resulting from the CWA (or CWS) spectrum. According to the focusing wave-free surface elevation expressed by Equation (1), the hydraulic piston movement to drive wavemaker flap yields where, and H1 = 2.3 m for the wavemaker of this experiment. The displacement signal calculated by Equation (5) is the theoretical wave-making signal to generate focusing waves.

3.2. Focusing Wave Generation under Different an and ωn Parameters

In this paper, two new wave amplitude spectra (i.e., the QCWA and QCWS spectra) used for focusing wave generation in a wave tank have been formulated and experimentally tested. With fixed wave energy, the amplitude and steepness of wave components in these two wave spectra are adjustable. Focusing waves have been generated in the physical wave tank by modifying the wave generator signal through adding two extensions at the beginning and terminating stages. A series of focusing waves based on the two newly-proposed wave amplitude spectra are tested in physical wave tank, demonstrating that by comparing with the QCWS spectrum the focusing waves generated based on the QCWA spectrum can achieve larger wave crest elevation, and are focused further downstream away from the wavemaker. Additionally, to generate a focusing wave with the same wave parameters, the QCWA spectrum requires a smaller wavemaker movement range. The spectral analysis results show that the wave nonlinearity plays an important role in the QCWA focusing wave generation, whereas the redistribution of wave energy in input frequency range significantly affects the focusing wave generated by the QCWS spectrum. It is also found that two spectra have similar effects on wave crest alternation through adjusting wave frequency range and wave crest elevation parameter, whereas actual focusing positions are highly dependent on the type of the wave spectrum.
Experimental investigations on space-time parameters have also been carried out. We found that the space parameter, xf,, and the time parameter, tf,, jointly affect the generated focusing wave crest elevation and focusing position. The focusing time parameter is constrained by a critical value, which could be predicted by linear wave theory for linear or weakly nonlinear focusing waves. On the basis of this research, future work should be carried out on strongly nonlinear focusing wave generation using these two newly formulated spectra and investigating the effects of the space-time parameters on focusing waves with large-crest elevation.

The authors want to thank Fenglai Li and Shizhou You, working in towing wave tank of the Harbin Engineering University. They provided help and support for the focusing wave experiments. 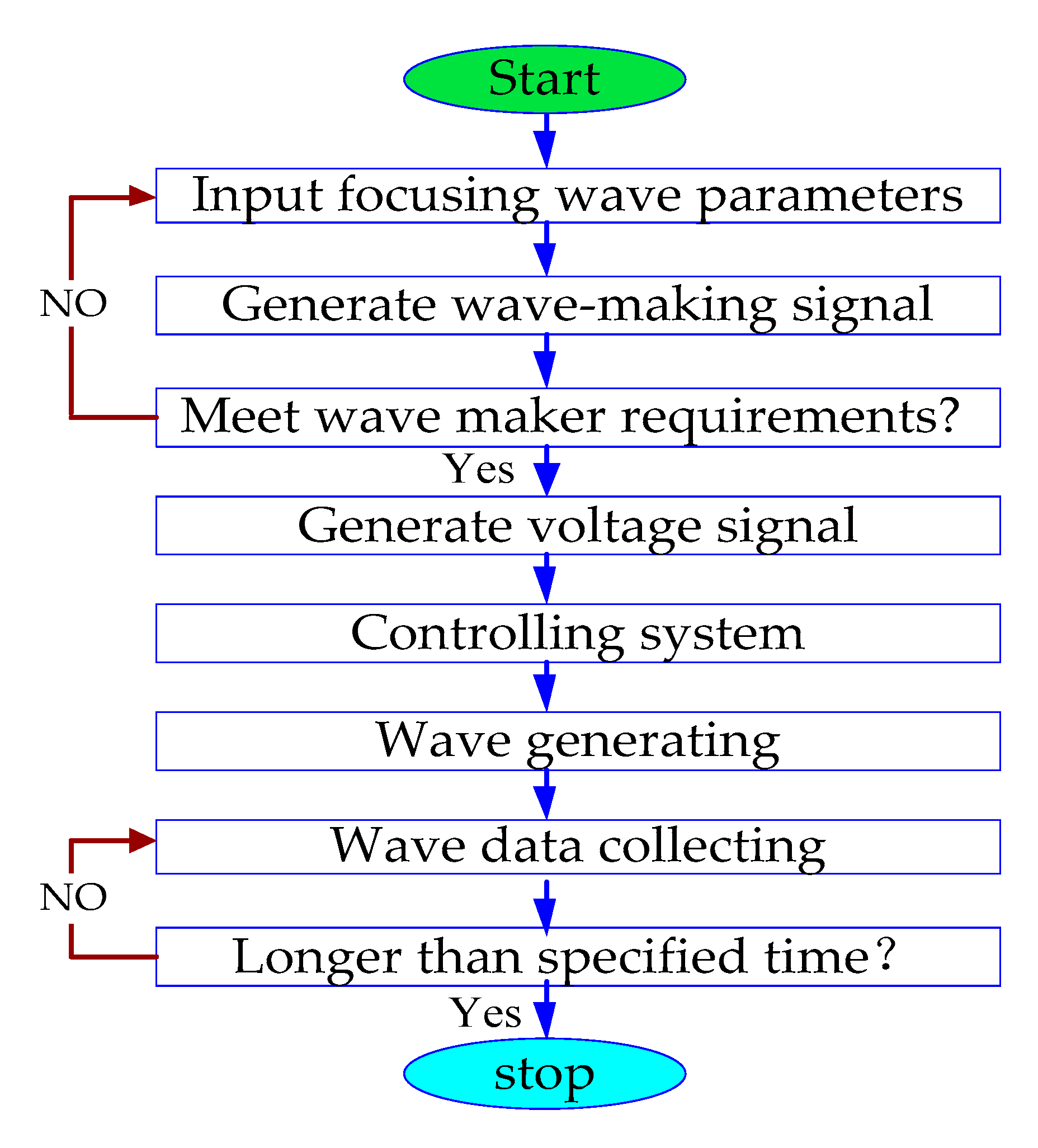 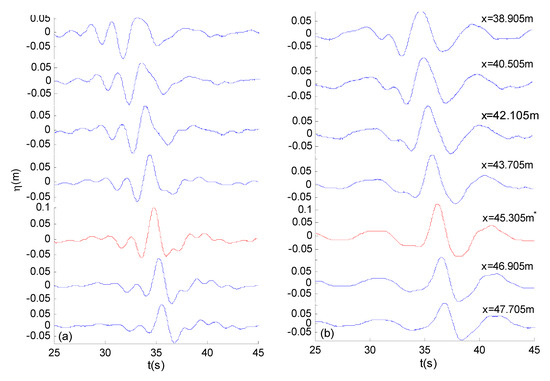 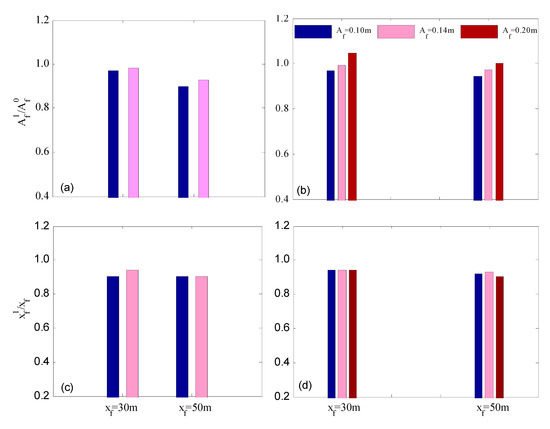 Table 1. Required maximum displacements of hydraulic piston.
Table 1. Required maximum displacements of hydraulic piston.
© 2019 by the authors. Licensee MDPI, Basel, Switzerland. This article is an open access article distributed under the terms and conditions of the Creative Commons Attribution (CC BY) license (http://creativecommons.org/licenses/by/4.0/).
We use cookies on our website to ensure you get the best experience. Read more about our cookies here.
Accept
We have just recently launched a new version of our website. Help us to further improve by taking part in this short 5 minute survey here. here.
Never show this again