While the rain-driven evapotranspiration (ET) process has been well-studied in the humid climate, the mixed irrigation and rain-driven ET process is less understood for green roof implementations in dry regions, where empirical observations and model parameterizations are lacking. This paper presents an effort of monitoring and simulating the ET process for an irrigated green roof in a rain-scarce environment. Annual ET rates for three weighing lysimeter test units with non-vegetated, sedums, and grass covers were 2.01, 2.52, and 2.69 mm d−1, respectively. Simulations based on the three Penman–Monteith equation-derived models achieved accuracy within the reported range of previous studies. Compared to the humid climate, the overestimation of high ET rates by existing models is expected to cause a larger error in dry environments, where the enhanced ET process caused by repeated irrigations overlapped with hot, dry conditions often occurs during summer. The studied sedum species did not show significantly lower ET rates than native species, and could not effectively take advantage of the deep moisture storage. Therefore, native species, instead of the shallow-rooted species commonly recommended in humid climates, might be a better choice for green roofs in rain-scarce environments. View Full-Text
Keywords: stormwater management; green roof; evapotranspiration; sedum; irrigation; rain-scarce environments; weighing lysimeter stormwater management; green roof; evapotranspiration; sedum; irrigation; rain-scarce environments; weighing lysimeter
►▼ Show Figures 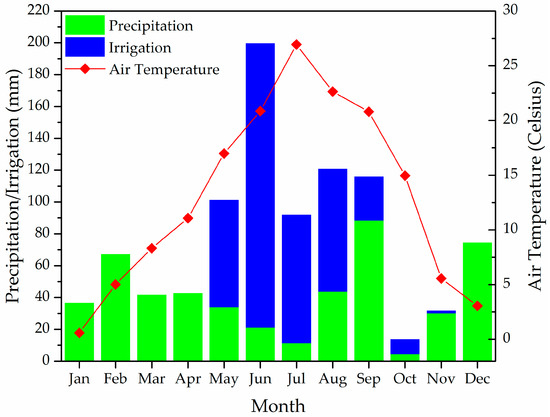