Extreme temperatures and heat wave trends in five cities within the Sonoran Desert region (e.g., Tucson and Phoenix, Arizona, in the United States and Ciudad Obregon and San Luis Rio Colorado, Sonora; and Mexicali, Baja California, in Mexico) and one city within the Mojave Desert region (e.g., Las Vegas, Nevada) were assessed using field data collected from 1950 to 2014. Instead of being selected by watershed, the cities were selected because they are part of the same arid climatic region. The data were analyzed for maximum temperature increases and the trends were confirmed statistically using Spearman’s nonparametric test. Temperature trends were correlated with the mortality information related with extreme heat events in the region. The results showed a clear trend of increasing maximum temperatures during the months of June, July, and August for five of the six cities and statically confirmed using Spearman’s rho values. Las Vegas was the only city where the temperature increase was not confirmed using Spearman’s test, probably because it is geographically located outside of the Sonoran Desert or because of its proximity to the Hoover Dam. The relationship between mortality and temperature was analyzed for the cities of Mexicali, Mexico and Phoenix. Arizona. View Full-Text
Keywords: heat waves; temperature increase; climate change; Sonoran Desert; Mojave Desert; heat-related health effects heat waves; temperature increase; climate change; Sonoran Desert; Mojave Desert; heat-related health effects
►▼ Show Figures 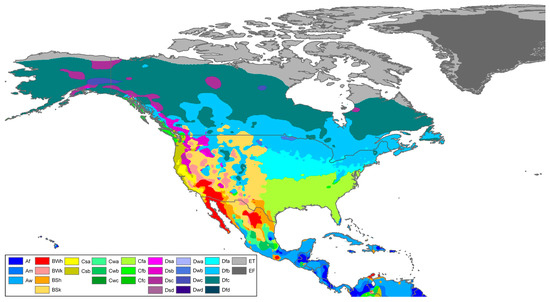