ATmospheric LIDar (ATLID): Pre-Launch Testing and Calibration of the European Space Agency Instrument That Will Measure Aerosols and Thin Clouds in the Atmosphere
Previous Article in Journal

:
The results of seminatural experiments on the study of steppe and field wildfires characteristic of the steppe and forest-steppe zones of Western Siberia are presented. Using infrared (IR) thermography methods, the main thermal characteristics of the fire front are derived, the flame turbulence scale is estimated, and changes in the structure function of the air refractive index are analyzed in the vicinity of a fire. The effect of a model fire on the change of meteorological parameters (wind velocity components, relative air humidity, and temperature) is ascertained. Large-scale turbulence is observed in the front of a seminatural fire, which is absent in laboratory conditions. The predominance of large-scale turbulence in a flame results in turbulization of the atmosphere in the vicinity of a combustion center. Strong heat release in the combustion zone and flame turbulence increase the vertical component of the wind velocity and produce fluctuations in the air refractive index, which is an indicator of atmospheric turbulization. This creates prerequisites for the formation of a proper wind during large fires. Variations in the gas and aerosol compositions of the atmosphere are measured in the vicinity of the experimental site.
Keywords:
wildfire; atmosphere; IR thermography; combustion; turbulence

Many wildfires (forest, steppe, and peat) occur every year in the world. An increase in temperature can result in an increase in the size of the burnt-out area, fire frequency, and the scale of the effects [1,2]. They often have grave and even catastrophic consequences [3], including not only the ravaging of biogeocenoses but also the emission of a huge amount of combustion products (gases and aerosols) into the atmosphere, which can be dispersed over a very far range [4,5,6,7,8]. Natural fires annually occur on five continents and are studied in different countries. For example, emissions of combustion products in the Amazon basin are considered in [9], the black carbon emission from fires in Southeast Asia is studied in [10], the results of the study of aerosol emissions in East Africa are presented in [11], and the emissions of gaseous combustion products and aerosols in Mexico are studied in [12]. In [13,14], special attention is paid to the consequences of wildfires, which manifest themselves in a global change in biocenoses on one hand and in the impact of carbon, gas, and aerosol emissions on climate change on the other hand.
Though the study of wildfires in the world began in the 20th century [15,16,17,18,19,20,21,22,23,24], the questions of the simulation of wildfire propagation, the prediction of its occurrence, and the assessment of its consequences are still far from even being specified, which allows us to confidently state that the study of these problems is still in its infancy. Therefore, experimental studies are carried out in the world, including seminatural studies [25,26,27,28,29,30,31]. They aim to study the spread of wildfires and assess their effects on the atmosphere via aerosol emissions, their effects on wind, etc. The emissions and transport of gaseous combustion products of wildfires [32,33,34], the atmospheric emissions of mercury from fires in eucalyptus forests [33], and the emissions of condensed combustion products and smoke and the effects of wildfires on wind speed [34] are studied in these experiments. Predictive models of fire and smoke are used to estimate the propagation of the fire front and burning products through the atmosphere. However, the accuracy of these models is questionable because of a lack of experimental data for verification. The accuracy of the assessment of smoke emission from a wildfire strongly depends on the accuracy of the parameters of the area burnt, preburned vegetation biomass, and fuel and its consumption [35,36,37,38]. Smoke dispersion is highly dependent on large-scale meteorology parameters and smoke plume height [39,40]. The latter is determined by fire geometry and intensity [41].
A significant release of thermal energy during fires, accompanied by turbulent processes in the burning front, obviously affects meteorological parameters, namely wind speed, induced atmospheric turbulence, and changes in air temperature and relative humidity. Variations in these air parameters directly influence the transport of gaseous combustion products, smoke, and aerosols.
In [22], a hypothesis about “own wind” formed during large-scale forest fires was suggested on the basis of mathematical simulation and observations made during experiments with wildfires. This phenomenon was considered the consequence of the release of a significant amount of thermal energy during combustion, convection, and the turbulence effect on the atmosphere in the burning front. Such aspects of the wildfire effect on the atmosphere remain blind spots because these phenomena cannot be simulated under laboratory conditions, while in situ experiments are difficult to carry out, are accompanied by a number of uncontrolled parameters, and require a set of static data.
Thus, we can state that the impact of wildfires on the environment and climate is extremely complex and multifactorial, requiring a comprehensive study with a variety of measuring equipment. There are large gaps in the studies of turbulence in the combustion zone and the formation of atmospheric turbulence in the vicinity of a fire, the effect of a fire on meteorological parameters (temperature, air humidity, wind speed, etc.), and the emission of aerosols and gases into the atmosphere during biomass burning. Since gases and aerosols are transported over considerable distances in the atmosphere, the study of this effect of fires on the atmosphere can create fundamental prerequisites for the development of essential new approaches for detecting distant fires.
In this work, we present the results of seminatural experimental studies of the propagation of the front of a steppe fire and its effect on meteorological parameters, the formation of atmospheric turbulence due to the dissipation of turbulent structures in the flame, and the emission of gaseous combustion products and aerosols. The related experimental data expand the fundamental knowledge about the effect of wildfires on changes in wind speed, air temperature, turbulence, and transport of combustion products.

The burning front was homogeneously formed throughout the site width (Figure 2).
Small vegetation plots 2 × 2 m in size were burned (point 2 in Figure 1) in additional experiments to study the effect of the fire front on the ignition of model fences made of combustible building materials. All the main parameters were controlled during the experiments.

3. Experimental Results and Their Analysis

1. Even small-scale wildfires result in the rise of air temperature by 2–3° and a stepwise change in relative air humidity due to active moisture evaporation in front of the burning front and as a result of chemical reactions.
2. Quite large-scale turbulent structures are observed during a seminatural wildfire at the fire front, which do not occur under laboratory conditions and are due to the scale and wind action. The predominance of large-scale turbulence in the flame results in air turbulization in the vicinity of the burning center.
3. High heat release in the burning zone and a developed turbulent structure of the flame cause an increase in the vertical component of the wind velocity and magnification of fluctuations of the air refractive index, which is an indicator of air turbulization not only in the propagation direction of the fire front but also in the close vicinity; this also creates prerequisites for the formation of “own wind” in large-scale fires, which has been first suggested in the work [22].
4. A small-scale wildfire results in an increase in the concentrations of greenhouse and oxidizing gases (NO2, NO, SO2, CO, CO2, and CH4) in its vicinity. The causes of the increase in methane concentration are unclear and require further experimental and theoretical studies.
5. Changes in the aerosol and gas compositions of the atmosphere during a wildfire are recorded with a delay caused by atmospheric transfer processes and can be used in systems for the remote detection of wildfires.
We can finally conclude that large-scale turbulence in a flame and its dissipation result in the formation of atmospheric turbulence and an increase in the vertical component of wind velocity. This, in turn, creates the conditions for formation of the “proper wind”, which extraordinarily affects fire spread and intensity. These phenomena obviously affect local weather parameters during large-scale fires, undoubtedly aggravating the consequences of a fire and making it difficult to combat.
We believe the results of this work to be valuable for the mathematical simulation of steppe fires and the development of a large-scale mathematical model capable of taking into account not only thermophysical and chemical processes accompanying combustion but also the effect of a fire on atmospheric processes that determine both weather parameters and transport of aerosols and gases generated during fires.

The data presented in this study are available on request from the first, and the corresponding author. 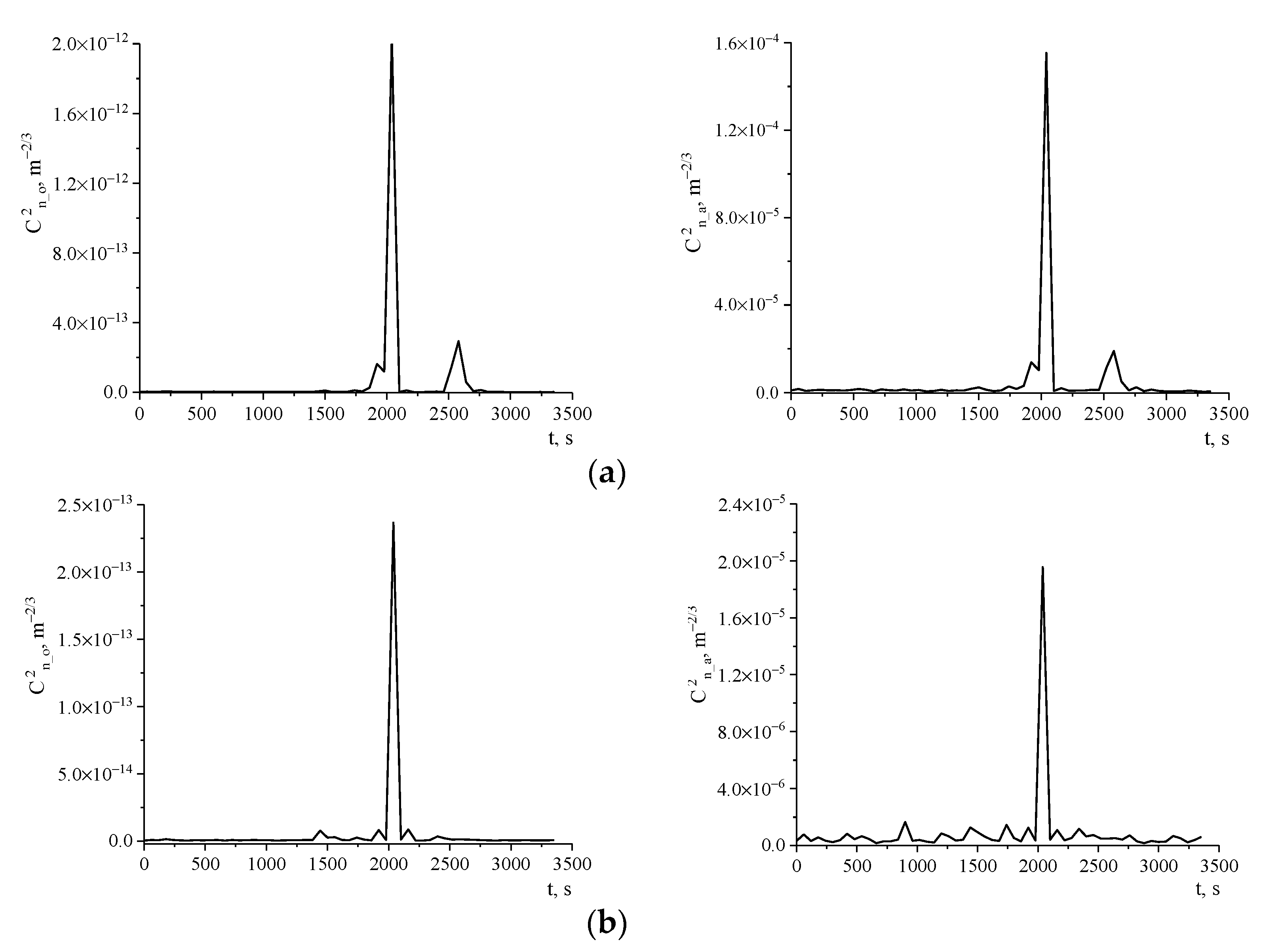 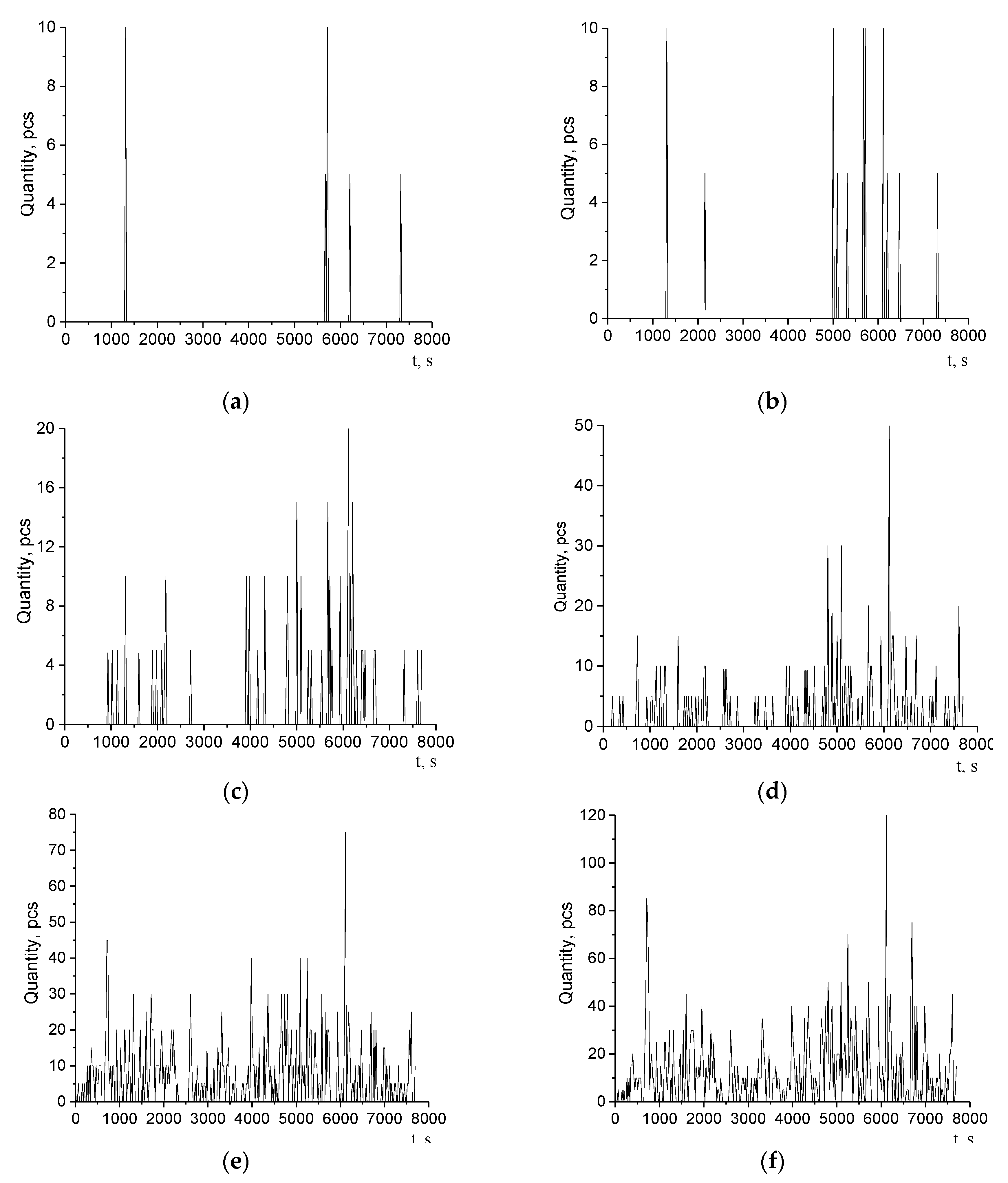 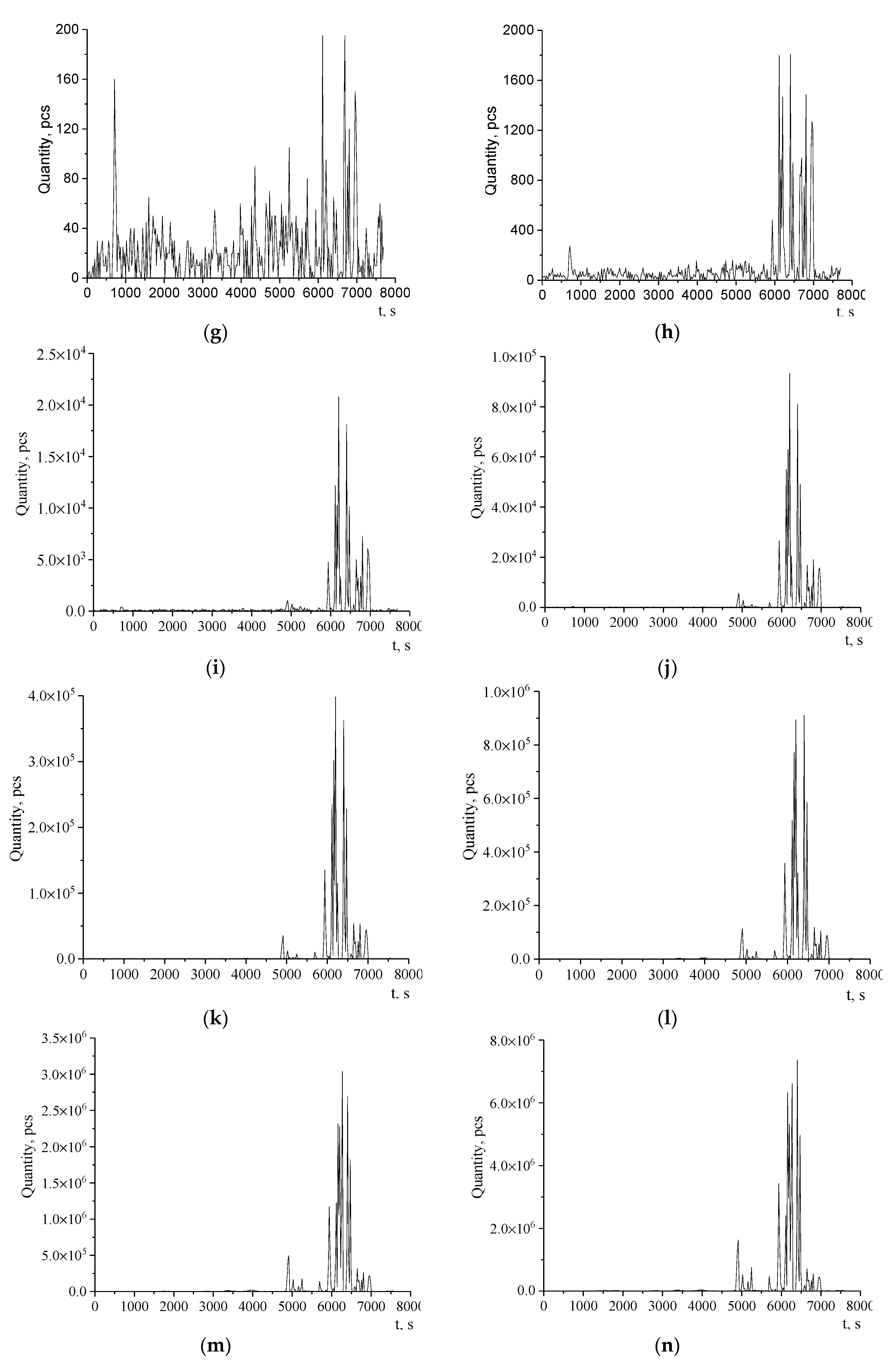