Impact of Urbanization on Precipitation in North Haihe Basin, China

The influence of urbanization on regional precipitation is one of the most important issues in hydrology. This paper selected the North Haihe Basin as the study area and explored the connection between summer precipitation and urbanization index (URBI) based on satellite precipitation and nighttime lights datasets. A moving spatial percentage anomaly method (MSP) was used to signify the local induced enhancement of precipitation (LIEP). Local indicators of spatial association (LISA) clustering for LIEP and URBI based on Bivariate Moran’s I coupled with digital elevation model (DEM) segmentation was used to separate the impacts caused by urbanization and terrain uplifting, and thus, the regions of interest (ROI) where the urban induced enhancement of precipitation (UIEP) plays a dominant role were located. A geographically weighted regression (GWR) model was used to reveal the spatial variation of the sensitivity of UIEP to URBI within the ROI. Pearson correlation and cross-wavelet analyses (XWT) were adopted to investigate the teleconnection between UIEP and climate anomalies, using Niño3.4 and SOI as indices. The results indicated that: (1) Urbanization effects on precipitation spatial variation in the upstream mountainous area would be hidden away by topographic factors. (2) From the perspective of the basin, the highest urbanization level areas have the Lowest LIEP, while the suburban areas have the highest LIEP, and the rural areas are in the middle. (3) The UIEP and the URBI are generally negatively correlated within ROI. (4) UIEP versus Niño3.4 and SOI both show a significant common high-power period at a time scale of 2 years. This work can help comprehensively understand the hydrological response to urbanization. View Full-Text
Keywords: urbanization; precipitation; bivariate Moran’s I; geographically weighted regression; cross-wavelet analysis urbanization; precipitation; bivariate Moran’s I; geographically weighted regression; cross-wavelet analysis
►▼ Show Figures 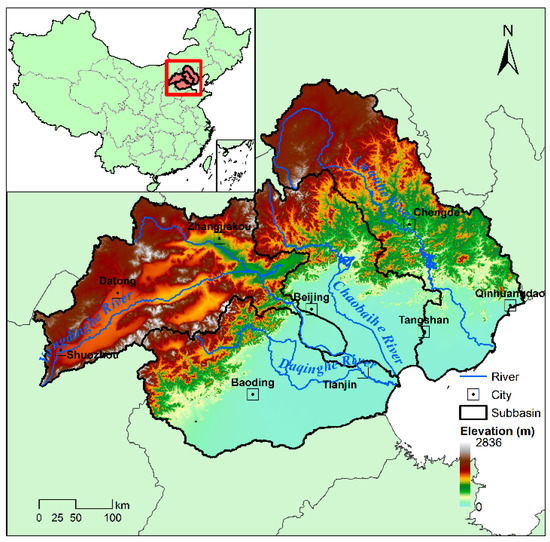