SWAT-Based Runoff Simulation and Runoff Responses to Climate Change in the Headwaters of the Yellow River, China
Next Article in Special Issue

Methodology for Estimating the Lifelong Exposure to PM2.5 and NO2—The Application to European Population Subgroups
Previous Article in Special Issue

A mountain thundercloud SEET (Studies of Electrical Evolution in thunderclouds) case occurred on 31 July 1999 and was used for numerical simulation in this study. The environmental temperature, humidity stratification, and vertical wind profile at the corresponding time are shown in Figure 1. A humid and warm bubble of horizontal radius 5 km and vertical radius 1 km was given at the grid point with a height of 1 km. Three kinds of thunderclouds were set by changing the environmental humidity and temperature stratification of the SEET case at an initial time. The temperature disturbance and humidity disturbance of weak thundercloud were set as 2.5 k and 60%, that of moderate thundercloud were set as 4.5 k and 80%, and 6 k and 100% in Equations (7) and (8). The different CCN concentrations were characterized by changing N0 in Equation (4). Four numerical simulation experiments (N0 was 100, 500, 1000, and 3000 cm−3 respectively) were conducted. Simulations were performed in a 76 km × 20 km domain with a constant grid spacing of 250 m in the horizontal and 250 m in the vertical from the surface to 20 km. Moreover, all simulations were carried out for 80 min, and the time step was 2 s. 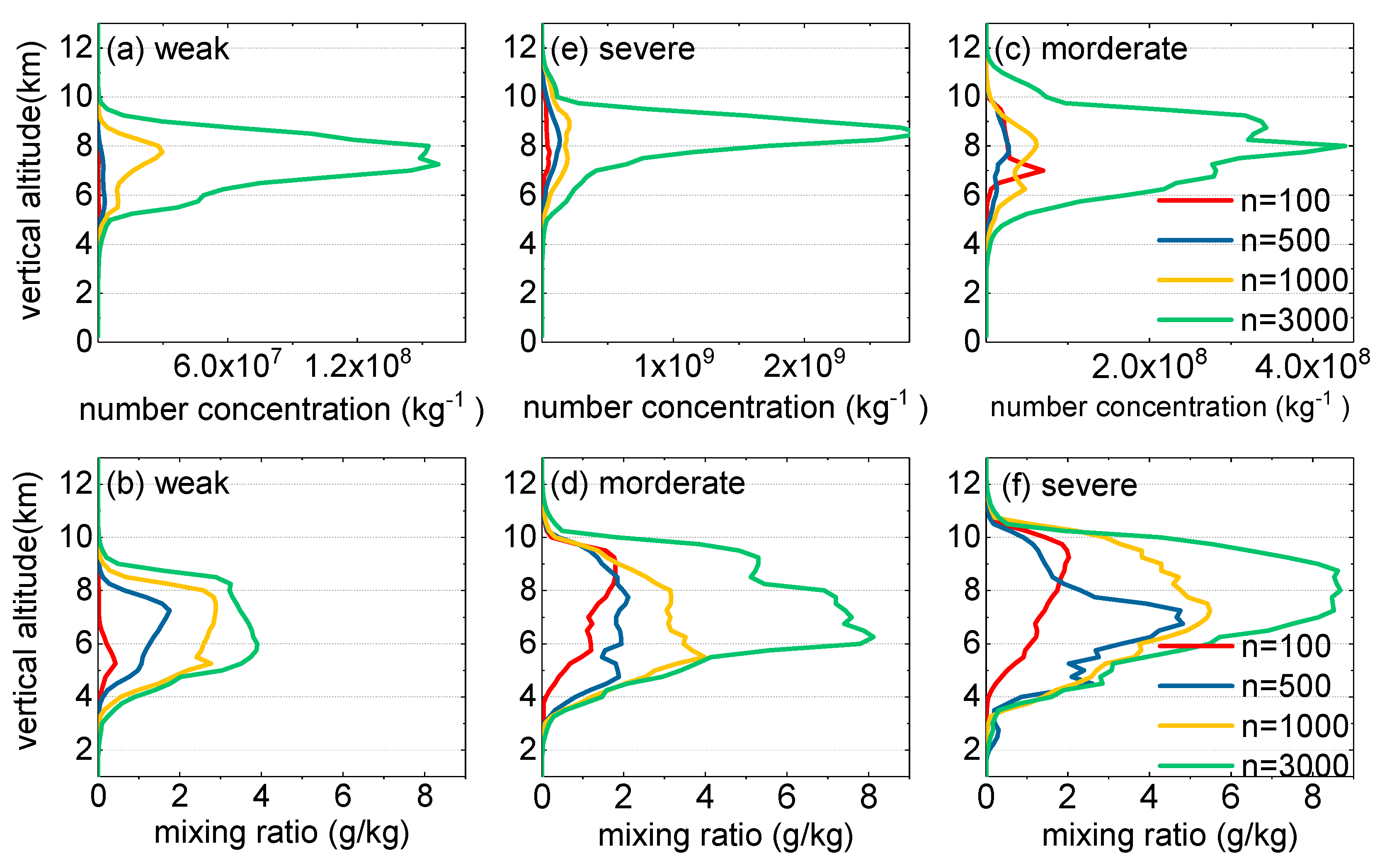 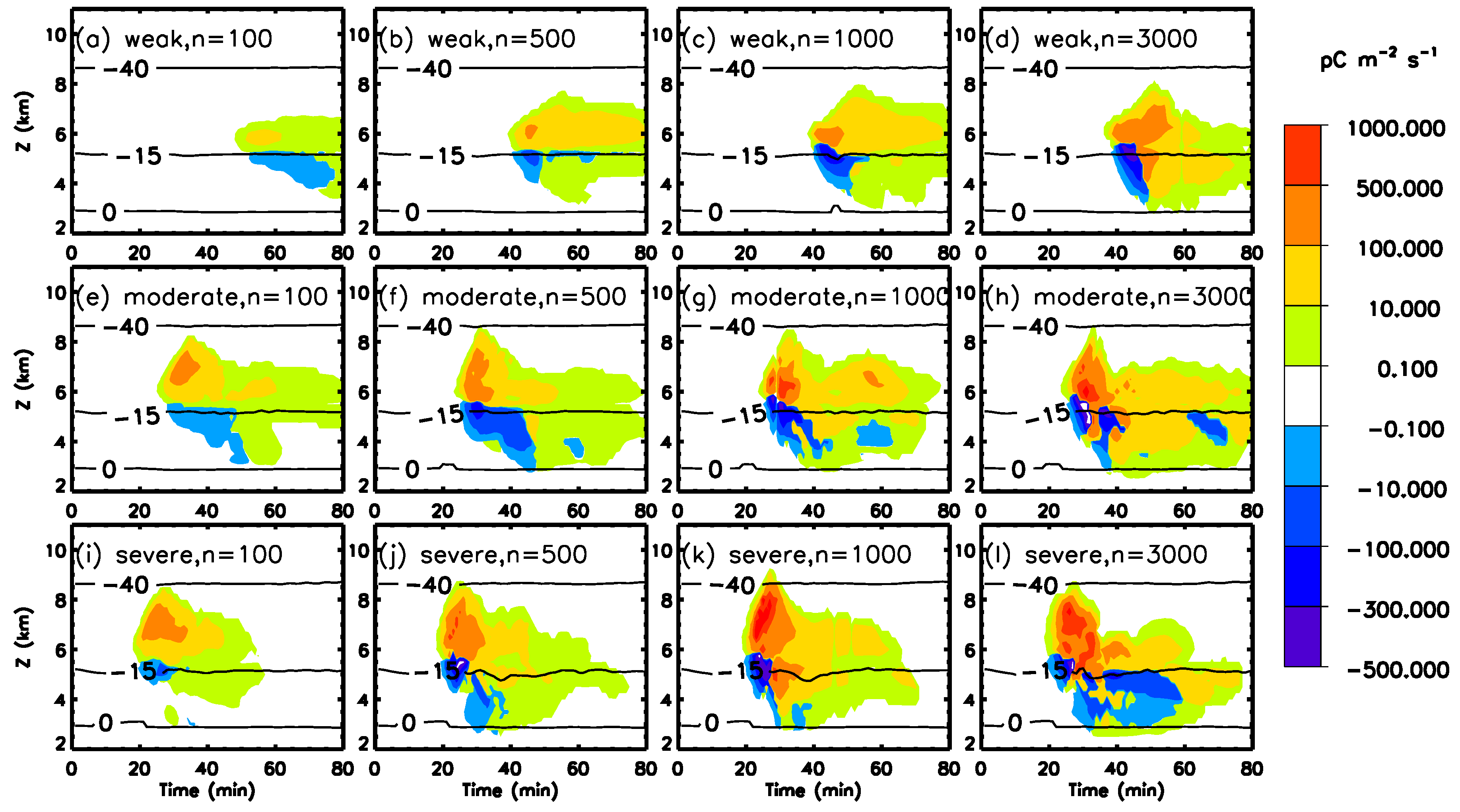 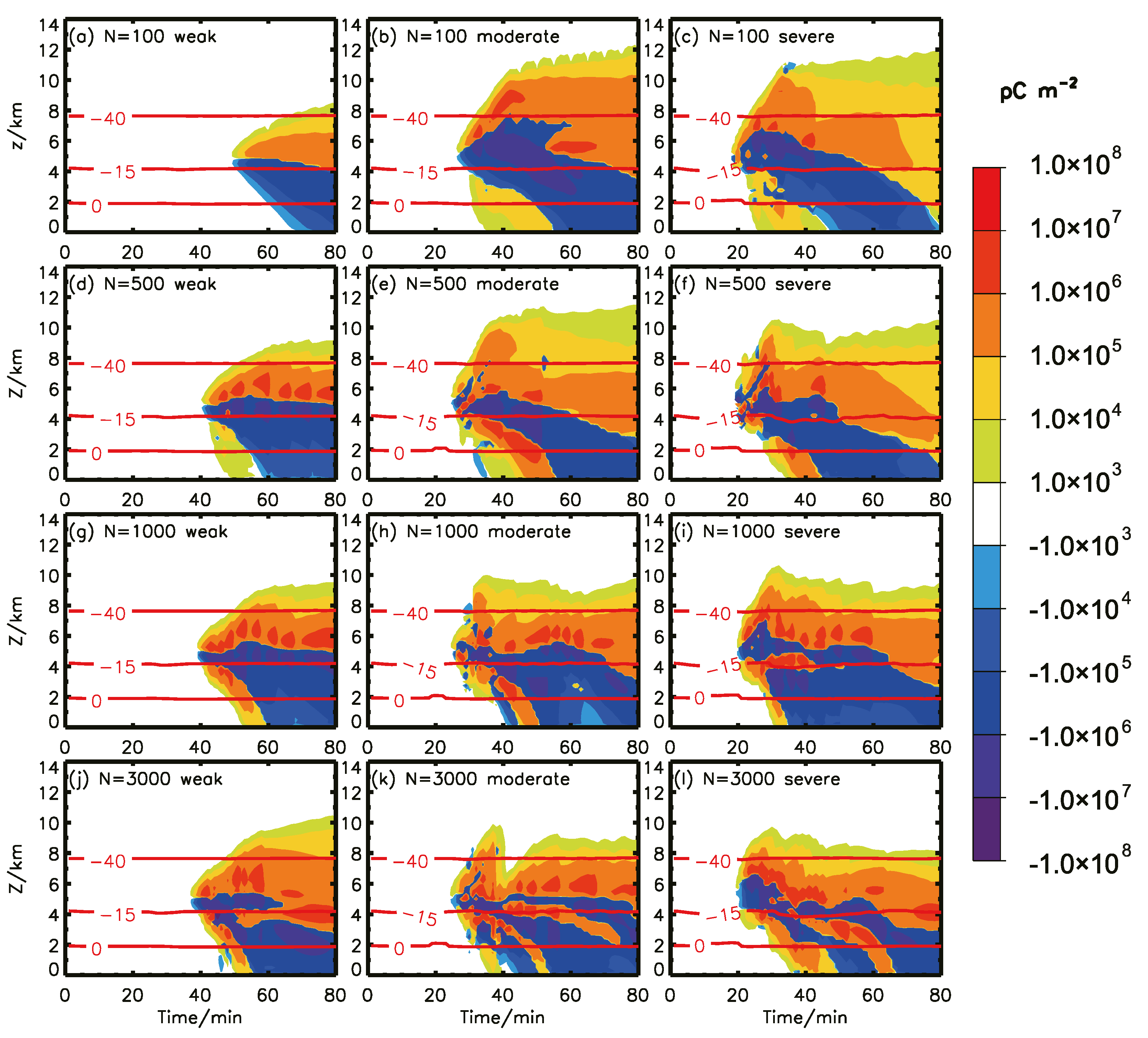