Medieval Climate in the Eastern Mediterranean: Instability and Evidence of Solar Forcing

The primary objective here is the study of the urban rainfall anomaly patterns, particularly the positive/negative dipole reported in the literature as well as their temporal/spatial evolution due to rapid urban development. The spatial changes in the annual rainfall distribution, eastward and downwind of the largest coastal urban area of Israel, i.e., the Greater Tel Aviv region, in relation to the rapid expansion of the urban area are analyzed. This provides a unique opportunity, as shown here, to study the effect of a most rapid urban expansion on the potential for urban rainfall anomalies. Tel-Aviv probably serves as a case study for other fast-growing Mediterranean cities. Rain gauges’ data (over 100) collected over a period of 70 years (1948–2018), are divided into six sub-periods of 20 years and plotted on top of the urban area growth in those years. The average precipitation spatial distributions and their anomalies are both calculated for each sub-period. The results were examined along three geographic lines of particularly rapid urban expansion over the area, towards the northeast, east, and southeast. Increases of the precipitation downwind of the urban area are noticed when progressing along with the urban development. In addition, an upwind decrease over the coastal region is found. These findings are well correlated with the expansion of the urban area and the rainfall urban anomalies, , are of the order of 50–100 mm/y. Other potential explanations to these anomalies are discussed and suggested to be less feasible. View Full-Text
Keywords: urban rainfall; Greater Tel Aviv area; Mediterranean climate; urbanization urban rainfall; Greater Tel Aviv area; Mediterranean climate; urbanization
►▼ Show Figures 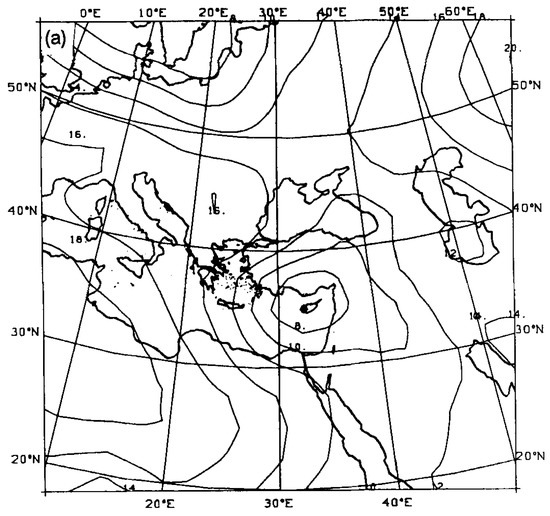