Sulphate aerosols are dominated by SO2 emissions from coal-burning for the Indian electricity sector and they are thought to have a short term but significant, negative impact on South Asian Summer Monsoon rainfall. This reduction in precipitation in turn can lead to reduced economic outputs, primarily through smaller agricultural yields. By bringing together estimates of (a) the impact of sulphate aerosols on precipitation and (b) the observed relationship between monsoon rainfall and GDP, we present a methodology to estimate the possible financial cost of this effect on the Indian economy and on its agricultural sector. Our preliminary estimate is that the derived benefits could be large enough that around 50% of India’s SO2 emissions could be economically mitigated at no cost or net benefit, although it should be noted that the large uncertainties in the underlying relationships mean that the overall uncertainty is also large. Comparison of the 1952–1981 and 1982–2011 periods indicates that the Indian economy may now be more resilient to variability of the monsoon rainfall. As such, a case could be made for action to reduce SO2 emissions, particularly in the crucial monsoon period. This would have a significant, positive effect on a crucial and large sector in India’s economy and the effects would be visible almost instantly. The recent growth in renewable energy sources in India and the consequent, reduced increase in coal burning means that further financial costs have already been avoided. This impact should be further investigated so that it can be included in cost-benefit analyses of different fuel types in the region. The significant uncertainties associated with these calculations are discussed. View Full-Text
Keywords: Indian monsoon; sulphate aerosol; economic impact; precipitation; agriculture Indian monsoon; sulphate aerosol; economic impact; precipitation; agriculture
►▼ Show Figures 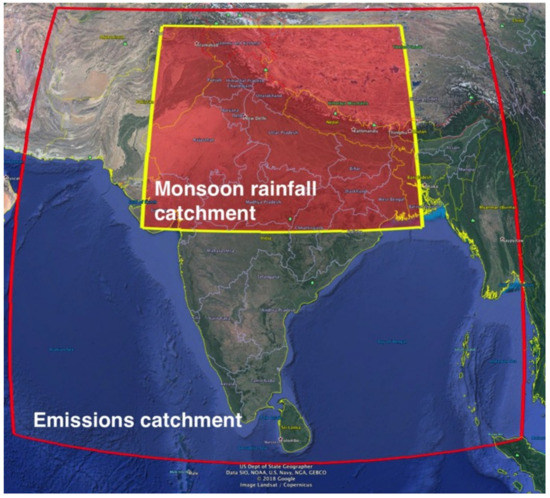