Mitochondrial HTRA2 Plays a Positive, Protective Role in Dictyostelium discoideum but Is Cytotoxic When Overexpressed
Previous Article in Journal

Influence of Maternal Aging on Mitochondrial Heterogeneity, Inheritance, and Function in Oocytes and Preimplantation Embryos

Contrasting the equal contribution of nuclear genetic material from maternal and paternal sources to offspring, passage of mitochondria, and thus mitochondrial DNA (mtDNA), is uniparental through the egg. Since mitochondria in eggs are ancestral to all somatic mitochondria of the next generation and to all cells of future generations, oocytes must prepare for the high energetic demands of maturation, fertilization and embryogenesis while simultaneously ensuring that their mitochondrial genomes are inherited in an undamaged state. Although significant effort has been made to understand how the mtDNA bottleneck and purifying selection act coordinately to prevent silent and unchecked spreading of invisible mtDNA mutations through the female germ line across successive generations, it is unknown if and how somatic cells of the immediate next generation are spared from inheritance of detrimental mtDNA molecules. Here, we review unique aspects of mitochondrial activity and segregation in eggs and early embryos, and how these events play into embryonic developmental competency in the face of advancing maternal age.
Keywords: mitochondria; mitochondrial DNA; oocytes; embryos; inner cell mass; trophectoderm; aging mitochondria; mitochondrial DNA; oocytes; embryos; inner cell mass; trophectoderm; aging

3. Mitochondrial Dynamics and Heterogeneity in Eggs and Embryos

In 2006, Yamanaka and colleagues reported with mice that embryonic and adult fibroblasts could be reprogrammed into iPSCs, a population of embryonic-like pluripotent stem cells with the broad lineage differentiation potential of embryonic stem cells (ESCs) [121]. The following year, the same group reported that a comparable outcome could be obtained using adult human dermal fibroblasts [122]. This breakthrough opened many new possibilities for application of regenerative medicine to combat an array of human health conditions. In numerous studies that have since followed, derivation of most somatic cell lineages from iPSCs has been achieved [123,124], and the first human clinical trials using iPSC-based technologies are underway [125,126,127,128]. Efforts to derive functional germ cells from mouse iPSCs have paralleled those directed at somatic lineage specification [129,130,131], ultimately leading to reconstitution of the entire life cycle of the mouse female germ line in vitro from primordial germ cell-like cells (PGCLCs) derived from iPSCs in culture [132]. These latter studies, coupled with reports of PGCLC specification from human iPSCs [133,134], have sparked considerable discussion over the potential for use of human iPSC-derived oocytes in assisted reproduction for women in the future [135,136,137,138].
It is important to bear in mind, however, that significant questions still surround the use of iPSCs to generate functional eggs, even in mice. For example, the senior author of the most recent effort to do this emphasized that many of the eggs produced entirely ex vivo by mouse iPSCs were of poor quality [136], and only 3.5% of the embryos generated by in vitro-derived artificial eggs gave rise to offspring [132]. Although these problems could and probably do arise from many potential issues associated with attempting to recreate the complexity of mammalian female gametogenesis in a dish—ranging from limitations in reprogrammed somatic cells to form the germ lineage to epigenetic abnormalities and aneuploidy, one key factor is mitochondrial integrity. Indeed, the adult somatic cell population that is reprogrammed (most often differentiated fibroblasts) would harbor mtDNA molecules with various mutational loads accumulated through duplication errors and oxidative damage over the lifespan of that lineage until collection. It has been recently shown that adult fibroblast-derived human iPSCs indeed contain significant amounts of mtDNA mutations [139]. What happens to detrimental mtDNA molecules in adult somatic cells that are first nuclear-reprogrammed into iPSCs and then used to specify PGCLCs that are further manipulated to generate eggs in vitro for fertilization and embryogenesis? One of two possibilities must be occurring: the PGCLCs specified from the reprogrammed adult somatic cells somehow orchestrate an in-vitro version of the in-vivo germline mtDNA bottleneck and purifying selection, or the artificial eggs generated by PGCLCs in-vitro suffer from inadequate selection against detrimental mtDNA mutations being carried over into the next generation.
This question requires experimental resolution before iPSC-based female gamete generation can be even cautiously viewed in the context of translation to humans, with such studies designed to unequivocally determine if an mtDNA bottleneck occurs during in-vitro derivation of germ cells, and eventually eggs, from iPSCs. If an in-vitro bottleneck is not observed, the safety of iPSC-based technologies to produce female gametes for clinical use would be highly questionable. However, if evidence of an in-vitro bottleneck is observed, this model would provide a powerful new means to study mtDNA dynamics and inheritance during germline specification and differentiation under defined conditions in vitro, to compare the efficiencies of in-vitro and in-vivo germline mtDNA bottlenecks, and to more definitively define the developmental window(s) during which the germline mtDNA bottleneck takes place. Moreover, this approach would circumvent the two main obstacles faced by scientists interested in deciphering how different types or subpopulations of mitochondria, and the genomic material contained within them, are managed in the female germ line during the development of mature eggs from primitive precursor germ cells: the limited supply of eggs and embryos available for detailed studies of mitochondrial biology, and the technical difficulties in evaluating PGC development in utero.

Although numerous reviews of mitochondrial dynamics in female germ cells and early embryos have been published over the years, the discussions above highlight how many significant gaps in knowledge still exist in this critical area of study. The central importance of mitochondrial energetics to both egg and embryo quality has been investigated in detail, and is now considered by most working in the field as well established. However, comparatively little is known of how, or even if, other functions of mitochondria outside of ATP production contribute to the successful orchestration of oocyte maturation and preimplantation embryogenesis. Such information may by key to solving the myriad of questions surrounding the mechanisms by which maternal aging negatively impacts on oocyte and embryo quality, as well as on mtDNA segregation during preimplantation embryogenesis. In evaluating the discussions above, we believe the most significant obstacles faced by those interested in advancing this field, both scientifically and clinically, have been rooted in several fundamental limitations. The first, which is broadly relevant to the study of mitochondria and aging in any cell type or organ system, is technological in nature. Specifically, a platform that enables identification, analysis and sorting of different subpopulations of mitochondria from small biological samples would finally allow detailed comparative studies to be performed on mitochondria viewed as a heterogeneous mixture of organelles that share some properties but also exhibit significant differences in proteomic landscape and function. We expect such studies would reveal that at least some perturbations in mitochondrial function in cells with age reflect alterations confined to specific subtypes of mitochondria, thus enabling a more focused approach to the development of potential therapeutic interventions that target the defective subpopulation rather than the entire mitochondrial pool.
Likewise, there is a pressing need for a DNA sequencing platform that enables accurate identification of mutations in entire individual mtDNA molecules for construction of high-quality molecular phylogenies. If mutations are distributed non-uniformly across mtDNA molecules (i.e., some molecules are more heavily mutated while others are not), then sequencing by conventional short-fragment analysis erases any information about such non-uniformity and merely yields information on the average mutant fraction. This is of critical importance for mtDNA inheritance studies because it is imperative to know if preferential inheritance of molecules with a low mutational profile is occurring. In other words, what is required is a technology that enables the identification, counting and tracking of mutations, molecule by molecule, across entire mitochondrial genomes. Current third-generation sequencing platforms can offer long reads and high-throughput capacity. Although clearly a step forward over conventional sequencing, a major limitation of third-generation sequencing is a relatively high single-pass error rate [140], which would confound efforts to track true mtDNA mutations. Addition of bell adapters to sequencing templates would allow these templates to be read multiple times in a continuous circle, resulting in a highly accurate circular consensus sequence (CCS). The CCS approach, however, is limited to application with short DNA fragments due to constraints on how long the polymerase remains active. Without a way to correct for sequencing and PCR errors, currently available sequencing technologies cannot be used to accurately analyze long molecules from highly heterogeneous DNA mixtures, which is of necessity for detailed studies of mtDNA inheritance. With continued technological improvements in the accuracy of next-generation sequencing on the horizon [141], this barrier to progress on mtDNA tracking will hopefully be overcome soon.
Finally, the recent recapitulation of mouse female gametogenesis, from iPSC-derived PGCLCs to fertilizable eggs and preimplantation embryos (that then yield offspring after embryo transfer into recipient females) [131], entirely in vitro may offer a new means to study mitochondrial dynamics in the female germ line under experimental conditions that can provide larger numbers of germ cells at defined stages for study and that are not constrained by the inherent issues associated with studies of female germ line development in vivo. Furthermore, by reprogramming somatic cells collected at different points during chronological aging of the animal, the resultant iPSC lines may prove useful for assessing the impact of aging on mitochondrial dynamics and function during germline specification and differentiation, and on the eggs and embryos formed from such germ cells. Of course, these types of studies will be contingent upon the outcome of what hopefully will be more near-term assessments of mitochondrial quality-control throughout the entire process of artificial female gametogenesis from iPSCs, including a thorough analysis of mtDNA in offspring. To that end, there is an additional level of complexity that needs to be considered in future studies, which revolves around the fact that the landscape of nuclear-encoded gene products localized in mitochondria vary significantly across cell lineages [11,12,13]. In other words, the mitochondrial proteomic identity of a given cell type is determined by the nuclear identity of that cell. If a differentiated adult somatic cell, such as a fibroblast, is reprogrammed at the nuclear level to become an iPSC that is then differentiated into a germ cell-like cell, is the mitochondrial proteome of the original parent cell reprogrammed in parallel to match the intermediate pluripotent state and, subsequently, the new germ lineage identity? If so, how does aging impact on this intracellular re-wiring process? Currently, we have more questions than answers, but exciting studies are on the horizon that will open further insights into how aging interfaces with mitochondrial heterogeneity, dynamics and function in the female germ line.

Studies conducted by the authors relevant to the discussions provided herein were supported by grants from the National Science Foundation (NSF 1750996 to D.C.W.) and the National Institutes of Health (NIH R37/R01-AG012279 to J.L.T.). 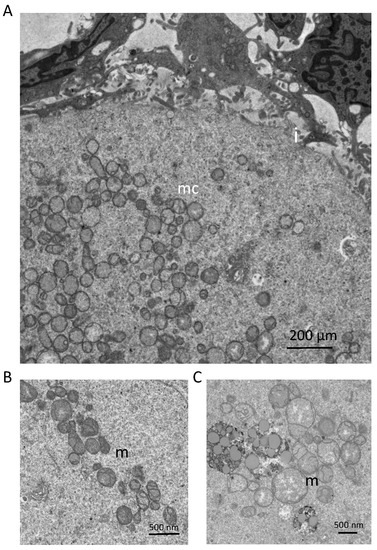 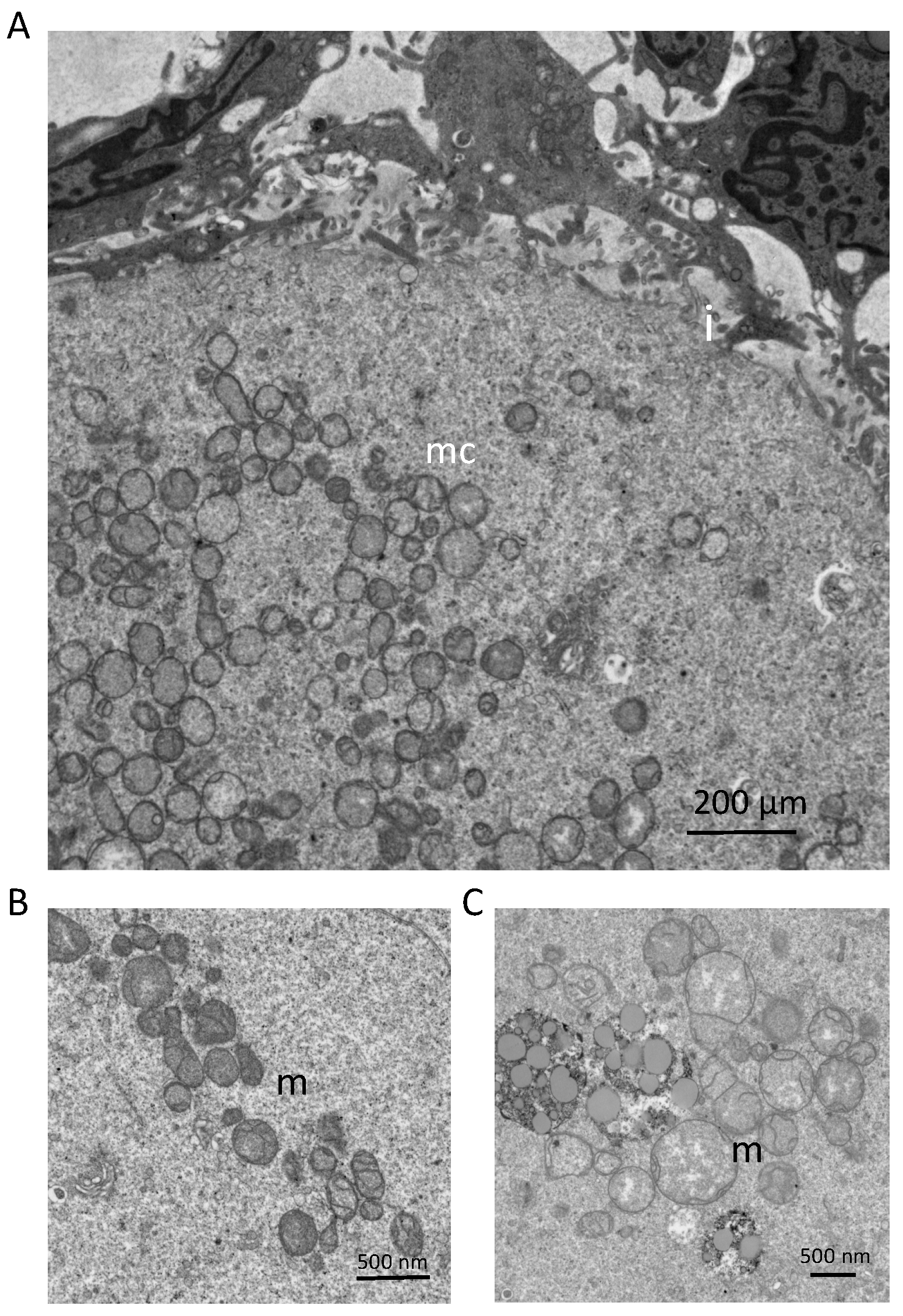