Oligonucleotide-based therapy has become an alternative to classical approaches in the search of novel therapeutics involving gene-related diseases. Several mechanisms have been described in which demonstrate the pivotal role of oligonucleotide for modulating gene expression. Antisense oligonucleotides (ASOs) and more recently siRNAs and miRNAs have made important contributions either in reducing aberrant protein levels by sequence-specific targeting messenger RNAs (mRNAs) or restoring the anomalous levels of non-coding RNAs (ncRNAs) that are involved in a good number of diseases including cancer. In addition to formulation approaches which have contributed to accelerate the presence of ASOs, siRNAs and miRNAs in clinical trials; the covalent linkage between non-viral vectors and nucleic acids has also added value and opened new perspectives to the development of promising nucleic acid-based therapeutics. This review article is mainly focused on the strategies carried out for covalently modifying siRNA and miRNA molecules. Examples involving cell-penetrating peptides (CPPs), carbohydrates, polymers, lipids and aptamers are discussed for the synthesis of siRNA conjugates whereas in the case of miRNA-based drugs, this review article makes special emphasis in using antagomiRs, locked nucleic acids (LNAs), peptide nucleic acids (PNAs) as well as nanoparticles. The biomedical applications of siRNA and miRNA conjugates are also discussed.
Keywords: covalent approach; gene delivery; gene therapy; non-coding RNA; miRNA technology; nucleic acid conjugates; RNA interference covalent approach; gene delivery; gene therapy; non-coding RNA; miRNA technology; nucleic acid conjugates; RNA interference

The growing interest generated by nucleic acid-based therapies in recent years has allowed the successful launch of six drugs on the market in addition to showing a good number of candidates at different clinical phases [231]. However other promising candidates have not suffered the same fate. Some of these were withdrawn either at phase III trials (e.g., bevasiranib, a siRNA drug targeting vascular endothelial factor (VEGF) developed by Opko Health) or phase II (e.g., AGN211745 (Allergan), PF04523655 (Quark Pharmaceuticals) and ARC-520 (Arrowhead Pharm. Corp.), which developed siRNAs targeting VEGFR1, proangiogenic protein (RTP801) and HBV sequences, respectively). Despite difficulties and undesirable setbacks related to efficacy, great efforts are being made in developing strategies for the efficient administration of nucleic acids in vitro and in vivo in order to circumvent the drawbacks associated to cellular uptake. Formulation strategies based on combining the most appropriate non-viral vector (e.g., lipids, CPPs and polymers among others) along with the progress of the administration methods have partially overcome the limitation when using nucleic acids as a drug.
The emergence of new strategies that enables the covalent linkage between the aforementioned non-viral vectors with oligonucleotides (i.e., ASOs, siRNAs and miRNAs) has helped to improve other kind of parameters such as stability and pharmacokinetic profiles. Disulphide chemistry is one of the most used covalent strategies in which siRNA molecules have been preferentially linked to CPPs, polymers and aptamers. Thus, once transfected, the presence of this cleavable linker under high concentrations of glutathione in tumour cells promotes the cleavage of the linker and therefore releasing the anticipated siRNAs. Alternatively, the versatility afforded by covalent approaches has also allowed the incorporation of tailed-made small molecules into nucleic acids. For example, excellent therapeutic results have been obtained with the synthesis of a series of siRNA conjugates decorated with the triantennary GalNAc residue. Several families containing this residue are found at various clinical statuses, including one (ALN-TTRsc/Revusiran) indicated for the treatment of amyloidotic cardiomyopathies, which is currently found at Phase III of clinical trials. In addition to carbohydrates, important findings have been achieved for the treatment of Huntingtin disease by developing synthetic strategies for attaching lipids, in particular the linkage of docosahexanoic acid with siRNA oligonucleotides.
The use of covalent approaches has allowed miRNA technology to accelerate the process of achieving promising therapeutic molecules. LNAs and PNAs are good examples of how the synthesis of nucleic acid analogues can specifically interact with high affinity with up-regulated miRNA molecules in vitro and in vivo. Promising results in vivo have been also obtained wit anti-miRs covalently modified with Chol and GalNAc pendent groups, confirming the suitability of such modifications in therapies based on nucleic acids. While we still have a long way to go, the possibility of surpassing the bottlenecks associated to gene silencing activity by covalently introducing targeting ligands have resulted in a nice approach for improving cellular internalization and an important strategy for revitalizing antisense, siRNA and miRNA-based therapies. 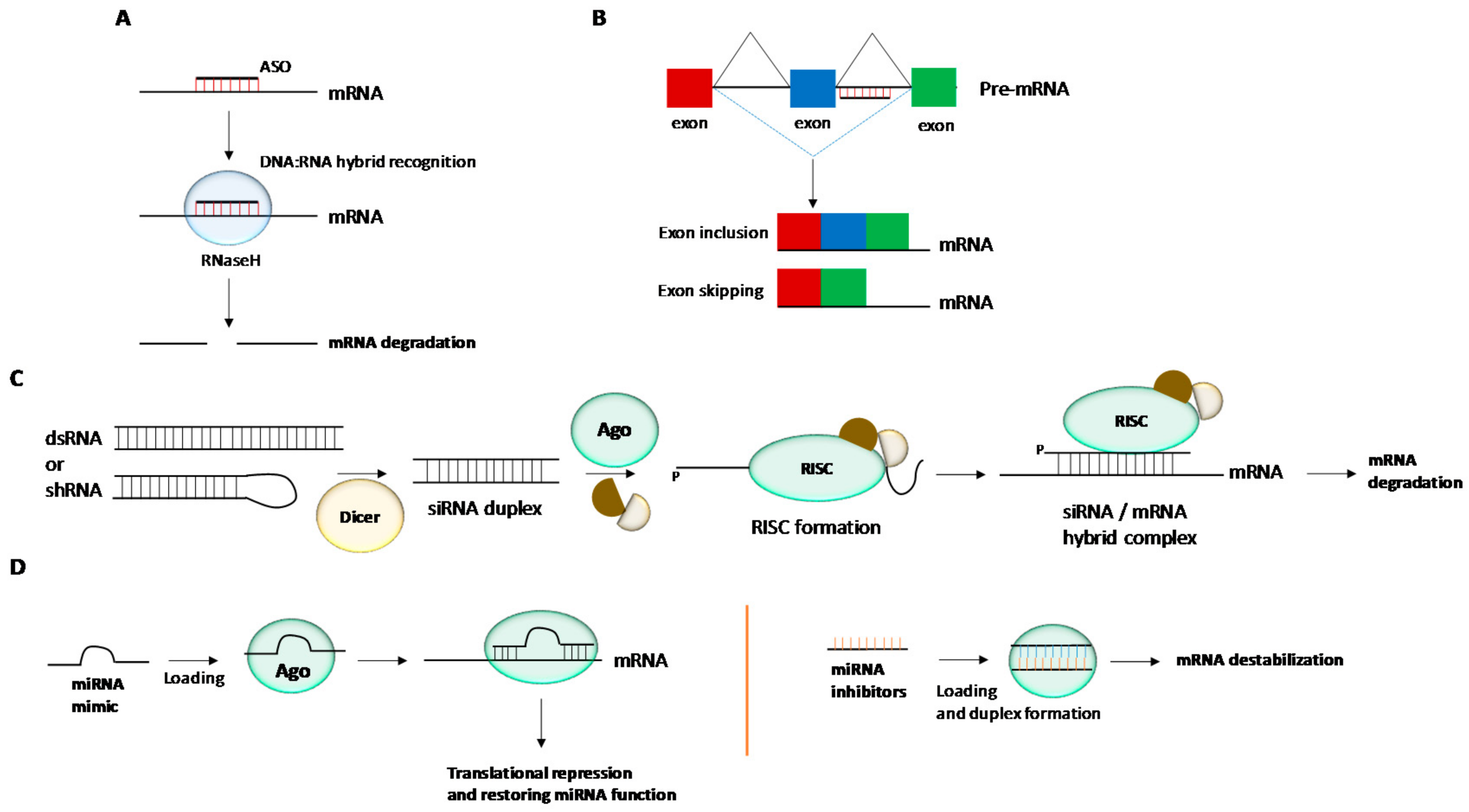 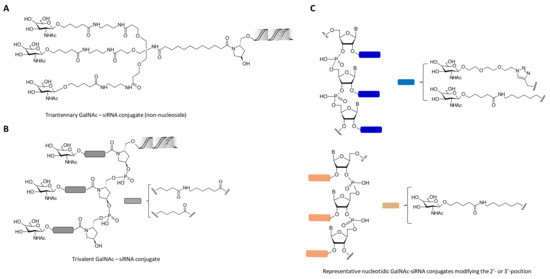 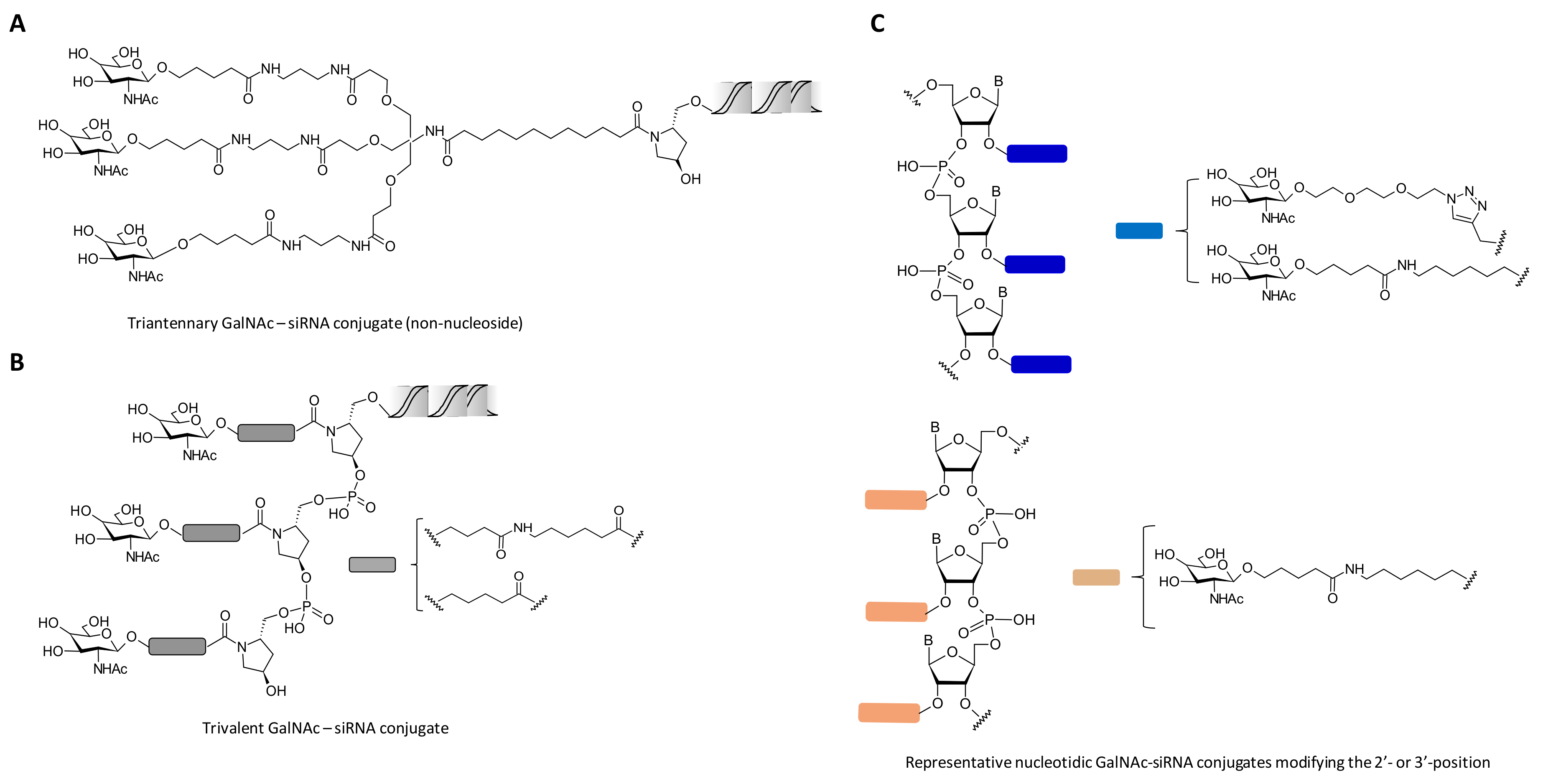 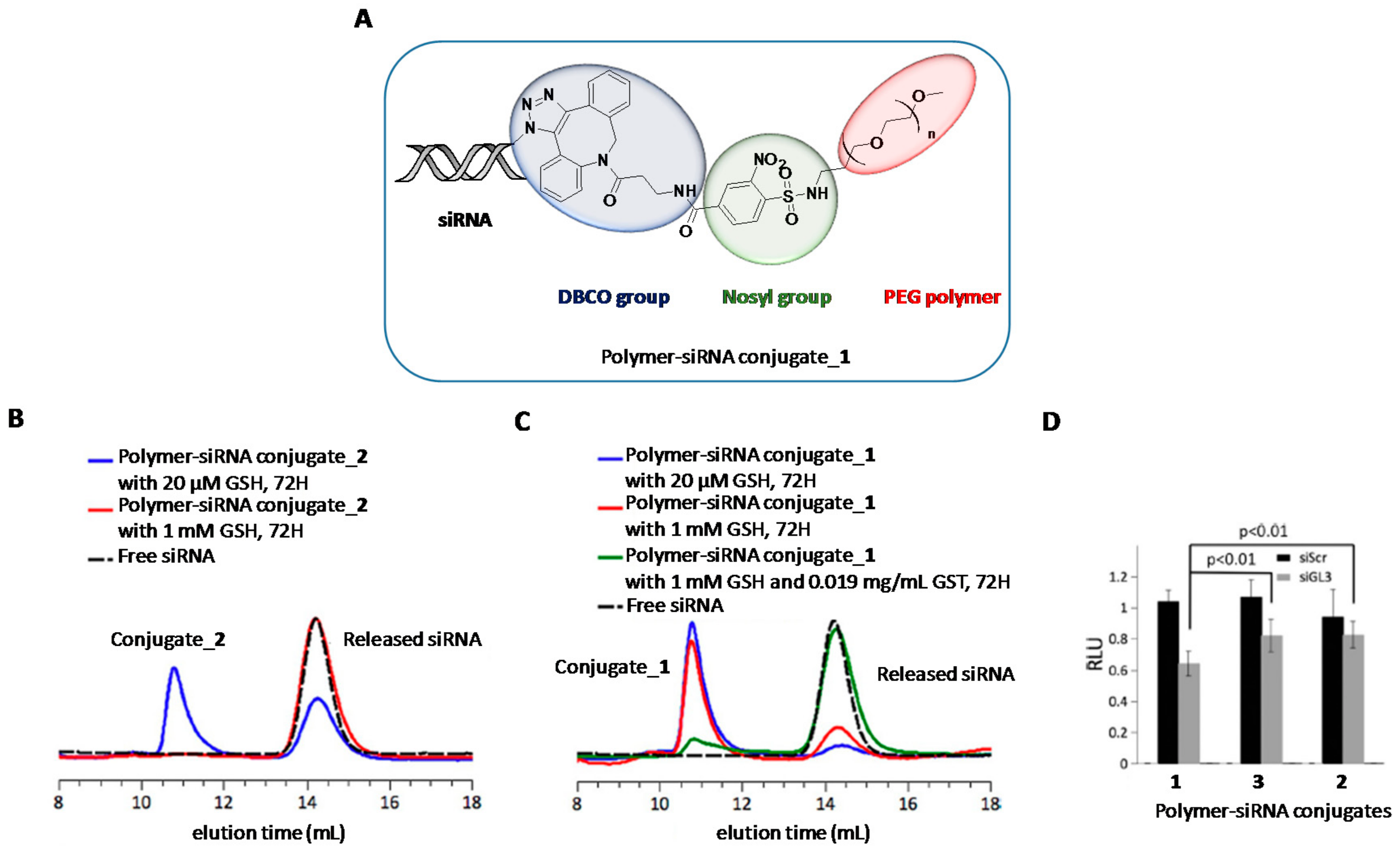 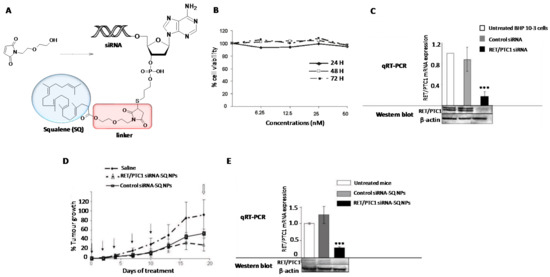 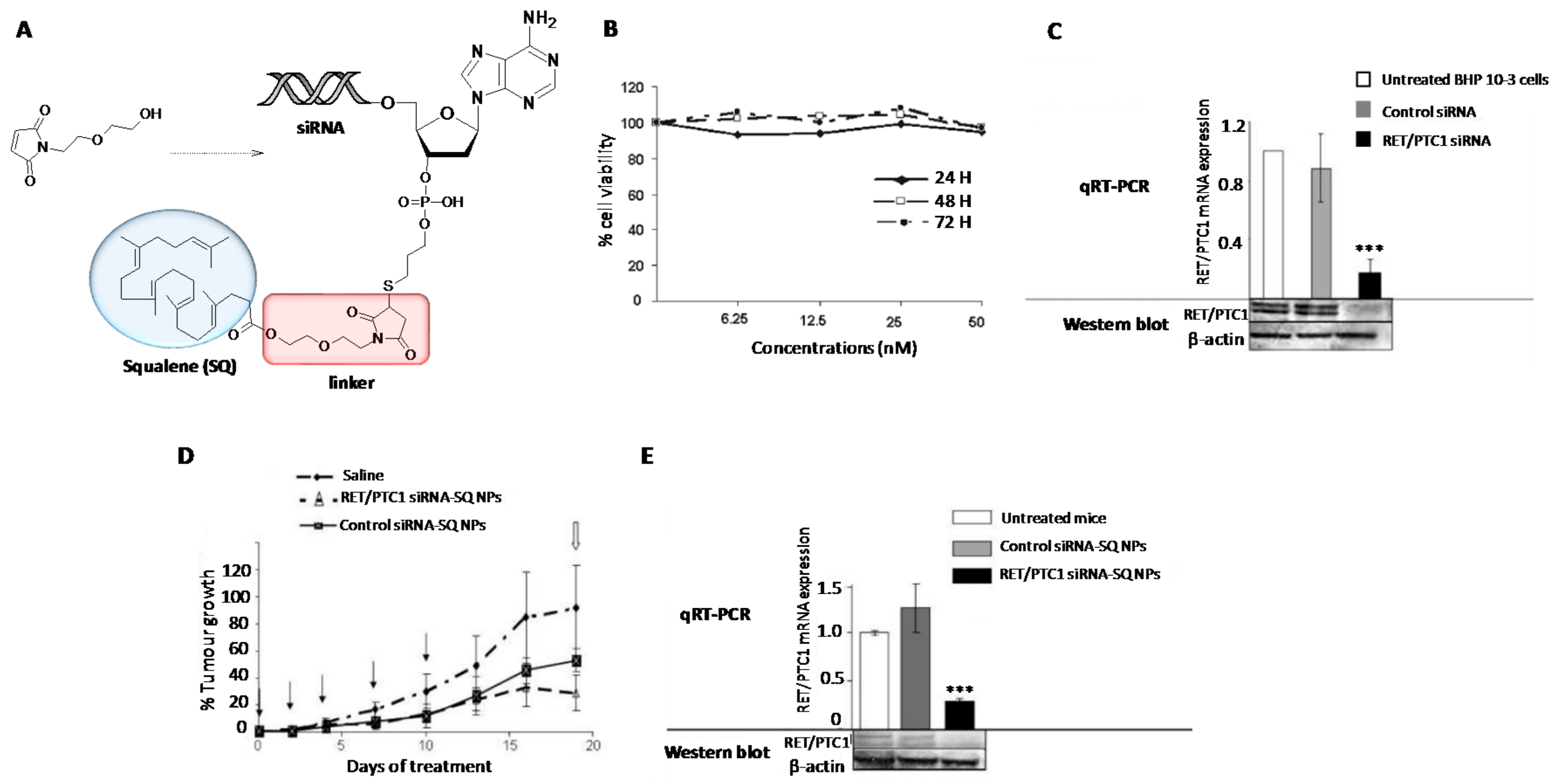 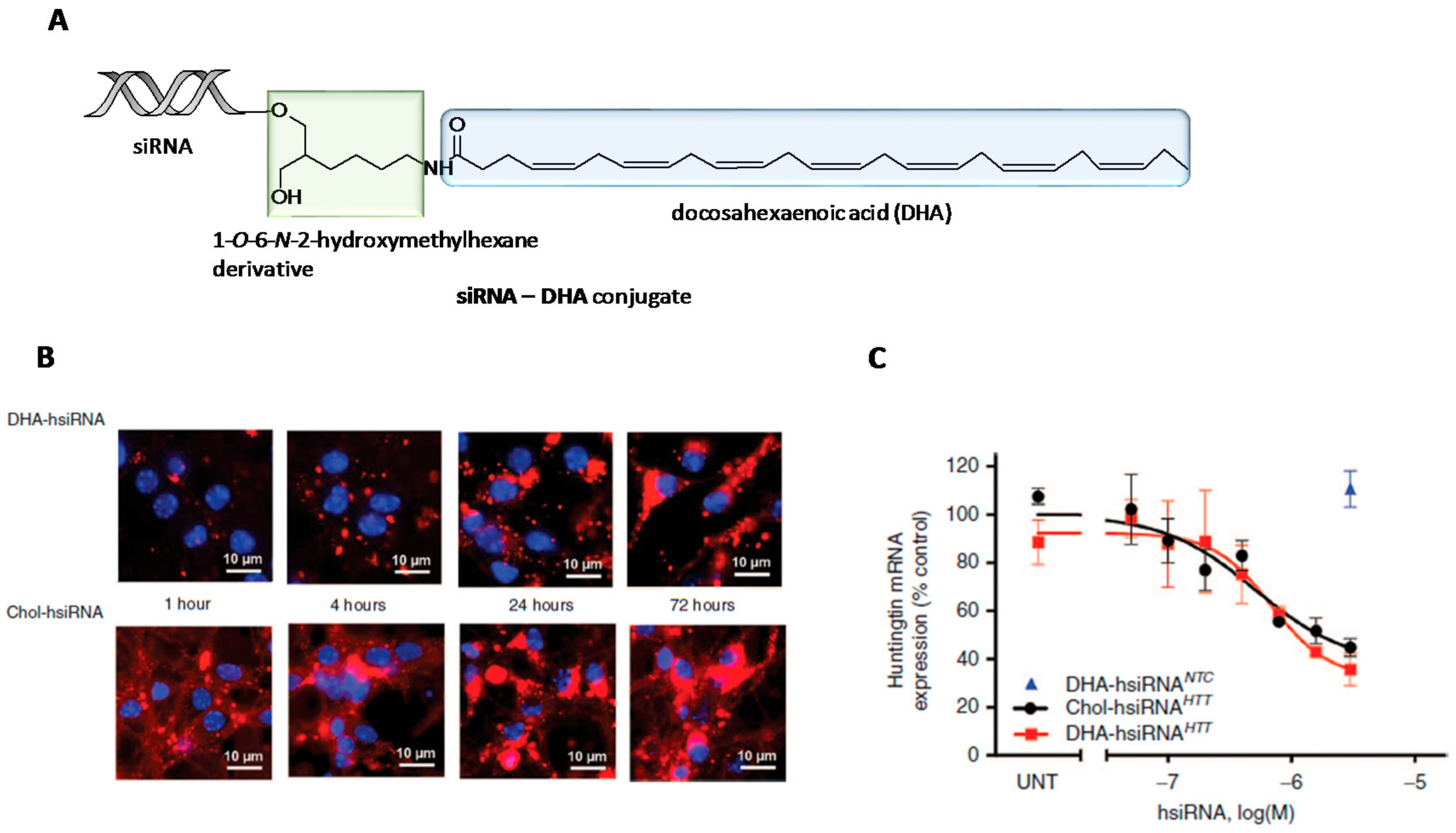 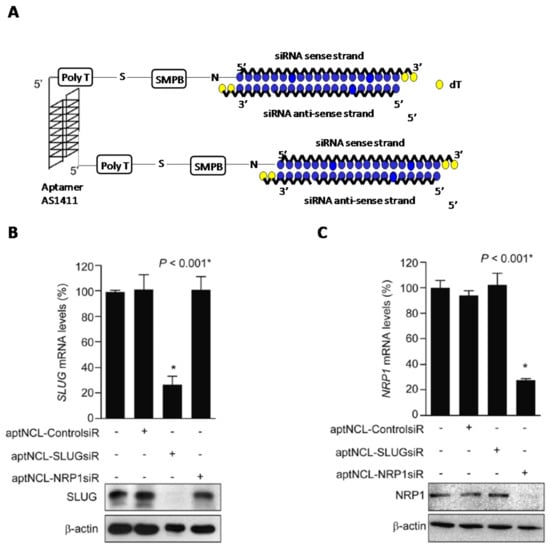 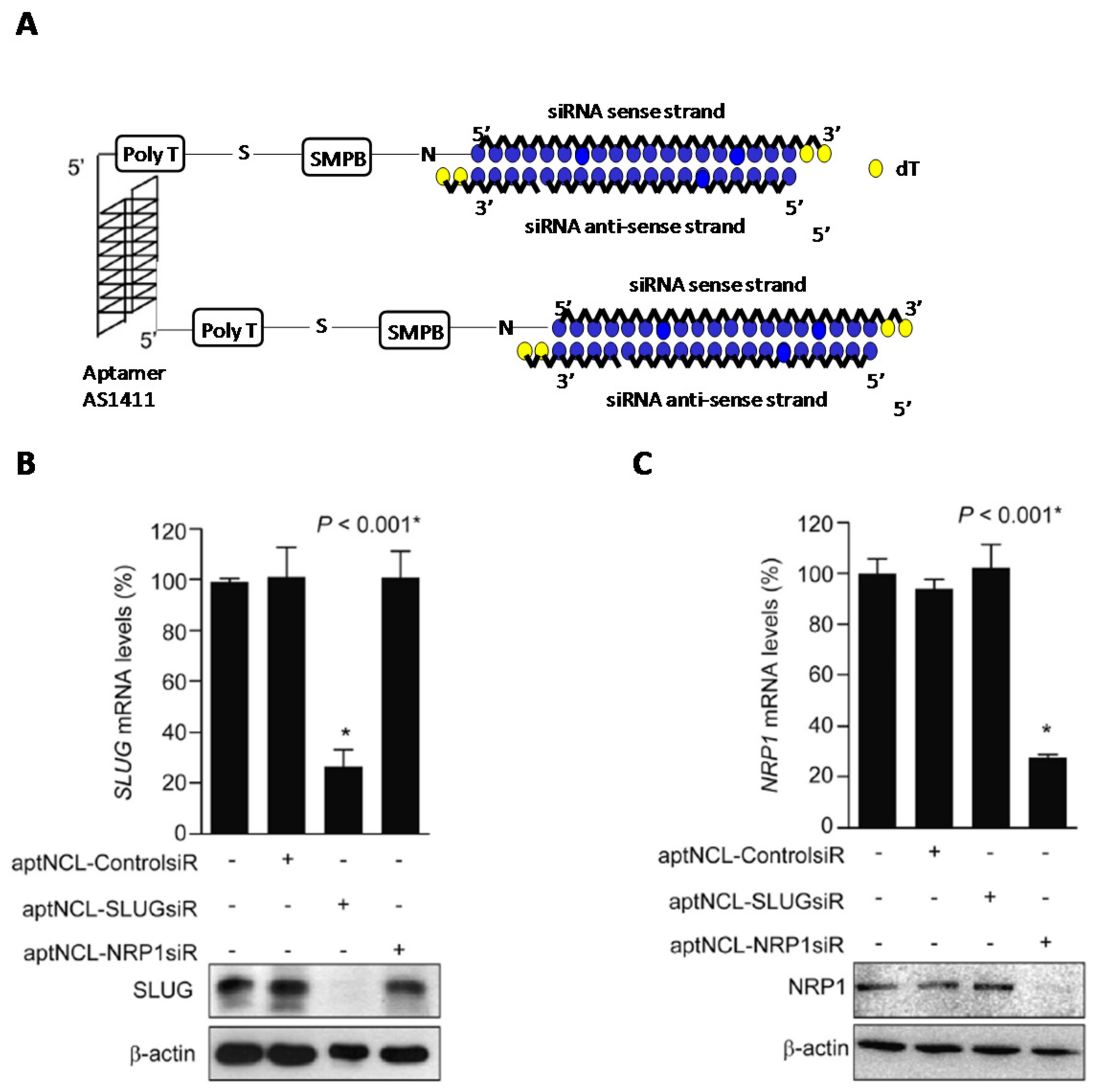 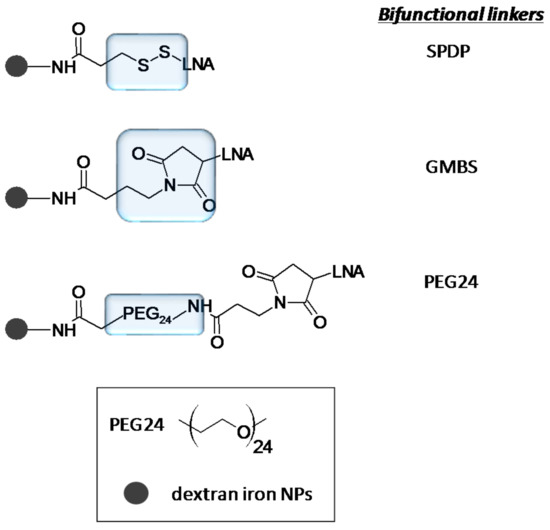 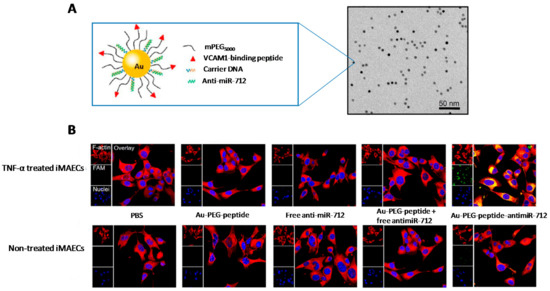 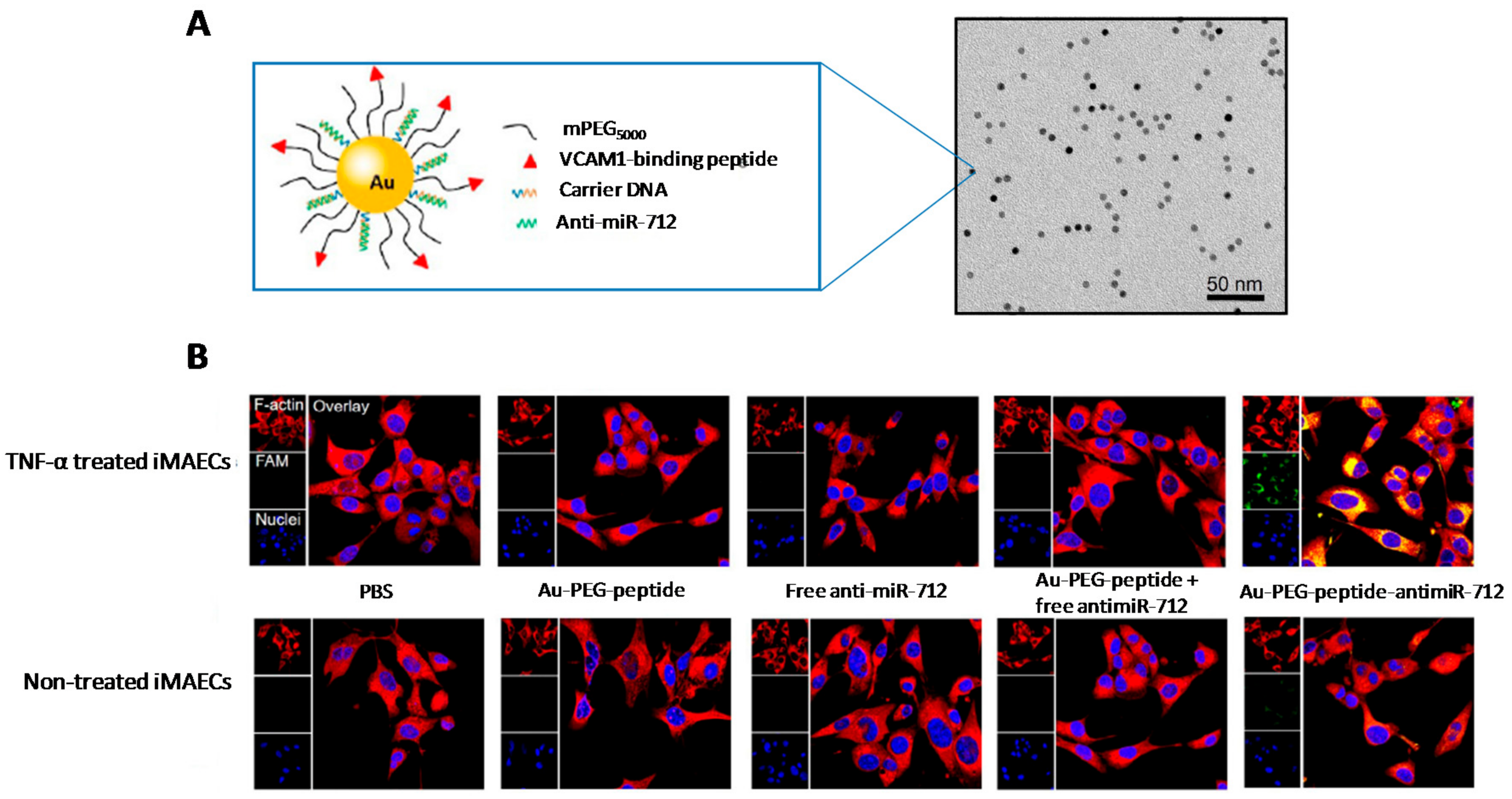