How Often Do Protein Genes Navigate Valleys of Low Fitness?

To escape from local fitness peaks, a population must navigate across valleys of low fitness. How these transitions occur, and what role they play in adaptation, have been subjects of active interest in evolutionary genetics for almost a century. However, to our knowledge, this problem has never been addressed directly by considering the evolution of a gene, or group of genes, as a whole, including the complex effects of fitness interactions among multiple loci. Here, we use a precise model of protein fitness to compute the probability that an allele, randomly sampled from a population at time t, has crossed a fitness valley of depth s during an interval in the immediate past. We study populations of model genes evolving under equilibrium conditions consistent with those in mammalian mitochondria. From this data, we estimate that genes encoding small protein motifs navigate fitness valleys of depth with probability on a time scale of human evolution, where N is the (mitochondrial) effective population size. The results are consistent with recent findings for Watson–Crick switching in mammalian mitochondrial tRNA molecules. View Full-Text
Keywords: molecular evolution; epistasis; fitness valley crossing; thermodynamic stability molecular evolution; epistasis; fitness valley crossing; thermodynamic stability
►▼ Show Figures 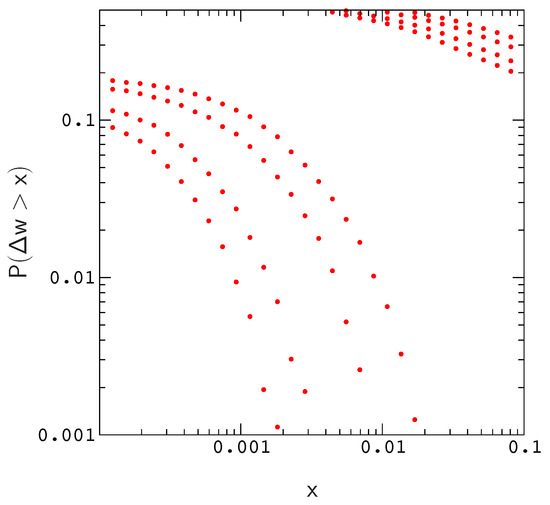