Patterns and Constraints in the Evolution of Sperm Individualization Genes in Insects, with an Emphasis on Beetles

Gene expression profiles can change dramatically between sexes and sex bias may contribute specific macroevolutionary dynamics for sex-biased genes. However, these dynamics are poorly understood at large evolutionary scales due to the paucity of studies that have assessed orthology and functional homology for sex-biased genes and the pleiotropic effects possibly constraining their evolutionary potential. Here, we explore the correlation of sex-biased expression with macroevolutionary processes that are associated with sex-biased genes, including duplications and accelerated evolutionary rates. Specifically, we examined these traits in a group of 44 genes that orchestrate sperm individualization during spermatogenesis, with both unbiased and sex-biased expression. We studied these genes in the broad evolutionary framework of the Insecta, with a particular focus on beetles (order Coleoptera). We studied data mined from 119 insect genomes, including 6 beetle models, and from 19 additional beetle transcriptomes. For the subset of physically and/or genetically interacting proteins, we also analyzed how their network structure may condition the mode of gene evolution. The collection of genes was highly heterogeneous in duplication status, evolutionary rates, and rate stability, but there was statistical evidence for sex bias correlated with faster evolutionary rates, consistent with theoretical predictions. Faster rates were also correlated with clocklike (insect amino acids) and non-clocklike (beetle nucleotides) substitution patterns in these genes. Statistical associations (higher rates for central nodes) or lack thereof (centrality of duplicated genes) were in contrast to some current evolutionary hypotheses, highlighting the need for more research on these topics. View Full-Text
Keywords: Coleoptera; evolutionary rates; gene network; Insecta; phylogenetic inference; sex-biased genes Coleoptera; evolutionary rates; gene network; Insecta; phylogenetic inference; sex-biased genes
►▼ Show Figures 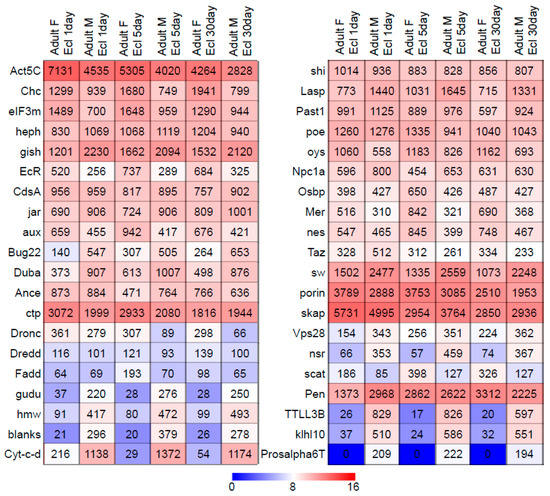 
Vizán-Rico, Helena I.; Mayer, Christoph; Petersen, Malte; McKenna, Duane D.; Zhou, Xin; Gómez-Zurita, Jesús. 2019. "Patterns and Constraints in the Evolution of Sperm Individualization Genes in Insects, with an Emphasis on Beetles." Genes 10, no. 10: 776.