Constitutive Androstane Receptor: A Peripheral and a Neurovascular Stress or Environmental Sensor

Many studies of axon regeneration in the lamprey focus on 18 pairs of large identified reticulospinal (RS) neurons, whose regenerative abilities have been individually quantified. Their axons retract during the first 2 weeks after transection (TX), and many grow back to the site of injury by 4 weeks. However, locomotor movements begin before 4 weeks and the lesion is invaded by axons as early as 2 weeks post-TX. The origins of these early regenerating axons are unknown. Their identification could be facilitated by studies in central nervous system (CNS) wholemounts, particularly if spatial resolution and examination by confocal microscopy were not limited by light scattering. We have used benzyl alcohol/benzyl benzoate (BABB) clearing to enhance the resolution of neuronal perikarya and regenerated axons by confocal microscopy in lamprey CNS wholemounts, and to assess axon regeneration by retrograde and anterograde labeling with fluorescent dye applied to a second TX caudal or rostral to the original lesion, respectively. We found that over 50% of the early regenerating axons belonged to small neurons in the brainstem. Some propriospinal neurons located close to the TX also contributed to early regeneration. The number of early regenerating propriospinal neurons decreased with distance from the original lesion. Descending axons from the brainstem were labeled anterogradely by application of tracer to a second TX close to the spinal–medullary junction. This limited contamination of the data by regenerating spinal axons whose cell bodies are located rostral or caudal to the TX and confirmed the regeneration of many small RS axons as early as 2 weeks post-TX. Compared with the behavior of axotomized giant axons, the early regenerating axons were of small caliber and showed little retraction, probably because they resealed rapidly after injury. View Full-Text
Keywords: lamprey; axonal regeneration; BABB; wholemount; anterograde tracing; retrograde tracing lamprey; axonal regeneration; BABB; wholemount; anterograde tracing; retrograde tracing
►▼ Show Figures 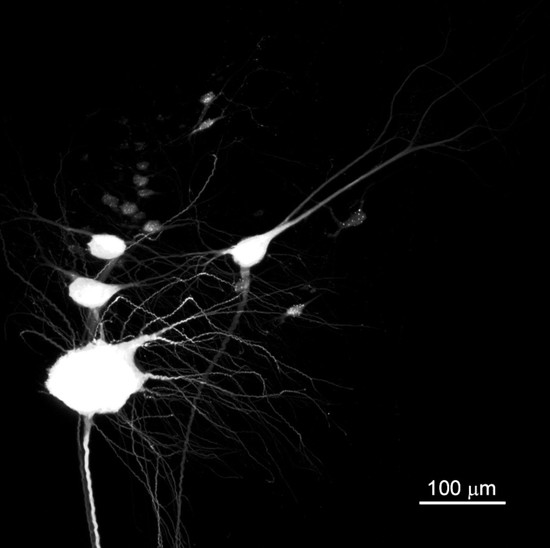