Previously, we used a lentiviral vector to deliver furin-cleavable human insulin (INS-FUR) to the livers in several animal models of diabetes using intervallic infusion in full flow occlusion (FFO), with resultant reversal of diabetes, restoration of glucose tolerance and pancreatic transdifferentiation (PT), due to the expression of beta (β)-cell transcription factors (β-TFs). The present study aimed to determine whether we could similarly reverse diabetes in the non-obese diabetic (NOD) mouse using an adeno-associated viral vector (AAV) to deliver INS-FUR ± the β-TF Pdx1 to the livers of diabetic mice. The traditional AAV8, which provides episomal expression, and the hybrid AAV8/piggyBac that results in transgene integration were used. Diabetic mice that received AAV8-INS-FUR became hypoglycaemic with abnormal intraperitoneal glucose tolerance tests (IPGTTs). Expression of β-TFs was not detected in the livers. Reversal of diabetes was not achieved in mice that received AAV8-INS-FUR and AAV8-Pdx1 and IPGTTs were abnormal. Normoglycaemia and glucose tolerance were achieved in mice that received AAV8/piggyBac-INS-FUR/FFO. Definitive evidence of PT was not observed. This is the first in vivo study using the hybrid AAV8/piggyBac system to treat Type 1 diabetes (T1D). However, further development is required before the system can be used for gene therapy of T1D. View Full-Text
Keywords: diabetes; liver; adeno-associated viral vector; transposon; gene therapy diabetes; liver; adeno-associated viral vector; transposon; gene therapy
►▼ Show Figures 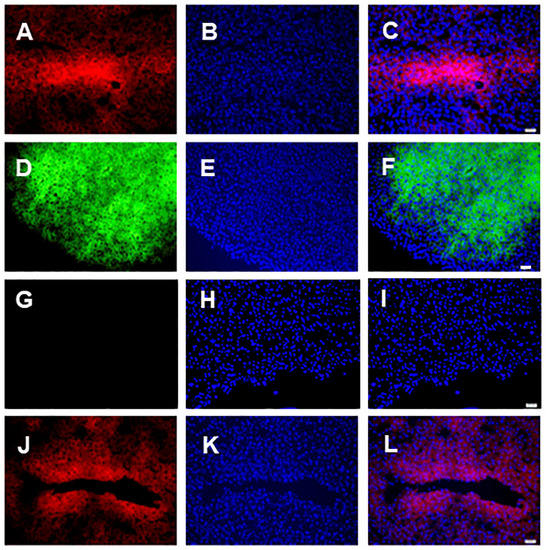