The activation of hepatic stellate cells (HSCs) manifested as proliferation and migration is the pivotal event involved in liver fibrogenesis. The vimentin network, an intermediate filament (IF) system, is one of the critical cascades by which the cell morphology, growth, and motility are modulated. However, the vimentin-mediated cytoskeletal cross talk, as well as the signaling transduction, which further coordinates the cellular responses during hepatic fibrogenesis, is poorly understood. In the current study, both messenger RNA (mRNA) and the vimentin protein were significantly increased in a time-dependent manner in the dimethylnitrosamine (DMN)-exposed liver. In particular, vimentin was highly expressed in the activated HSCs. Again, the overexpressed vimentin was observed in the plasma samples derived from patients with hepatic fibrosis/cirrhosis, suggesting that vimentin may be a key factor in regulating the progression of liver fibrosis. Meanwhile, vimentin knockdown suppressed the migratory propensity, provoked morphological changes, and disturbed the focal adhesions in the HSCs due to the breakdown of associated cytoskeletal proteins. Western blotting showed that vimentin deletion inhibited proliferating cell nuclear antigen (PCNA) and arrested the Rho GTPase family, thereby impairing the HSCs’ growth as well as motility. The phosphorylated extracellular-signal regulated kinase (ERK) and AKT signals were also notably reduced in response to the silence of vimentin. Inhibitors of selected signaling pathways suppressed the migration and differentiation of activated HSCs by regulating specific serine phosphorylated sites on vimentin. Taken together, these findings revealed a novel mechanism of vimentin through which various signaling pathways controlled the proliferation, differentiation, and movement of the HSCs via the ERK/AKT and Rho cascades. View Full-Text
Keywords: hepatic stellate cells; hepatic fibrosis; vimentin; Rho; ERK; AKT hepatic stellate cells; hepatic fibrosis; vimentin; Rho; ERK; AKT
►▼ Show Figures 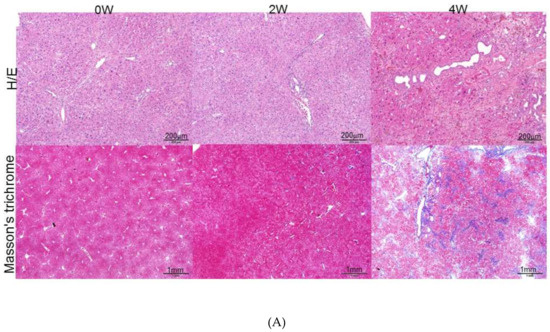