Ubiquitination Regulates the Morphogenesis and Function of Sperm Organelles

The yeast ubiquitin-like and ubiquitin-associated protein Dsk2 is one of the ubiquitin receptors that function in the ubiquitin-proteasome pathway. We screened the Dsk2-interacting proteins in Saccharomyces cerevisiae by a two-hybrid assay and identified a novel Dsk2-interacting protein, Irc22, the gene locus of which has previously been described as YEL001C, but the function of which is unknown. IRC22/YEL001C encodes 225 amino acid residues with a calculated molecular weight of 25 kDa. The Irc22 protein was detected in yeast cells. IRC22 was a nonessential gene for yeast growth, and its homologs were found among ascomycetous yeasts. Irc22 interacted with Dsk2 in yeast cells, but not with Rad23 and Ddi1. Ubiquitin-dependent degradation was impaired mildly by over-expression or disruption of IRC22. Compared with the wild-type strain, dsk2D exhibited salt sensitivity while irc22D exhibited salt tolerance at high temperatures. The salt-tolerant phenotype that was observed in irc22D disappeared in the dsk2Dirc22D double disruptant, indicating that DSK2 is positively and IRC22 is negatively involved in salt stress tolerance. IRC22 disruption did not affect any responses to DNA damage and oxidative stress when comparing the irc22D and wild-type strains. Collectively, these results suggest that Dsk2 and Irc22 are involved in salt stress tolerance in yeast. View Full-Text
Keywords: UBL-UBA protein; Dsk2; Irc22/YEL001C; ubiquitin-dependent protein degradation; salt tolerance; budding yeast UBL-UBA protein; Dsk2; Irc22/YEL001C; ubiquitin-dependent protein degradation; salt tolerance; budding yeast
►▼ Show Figures 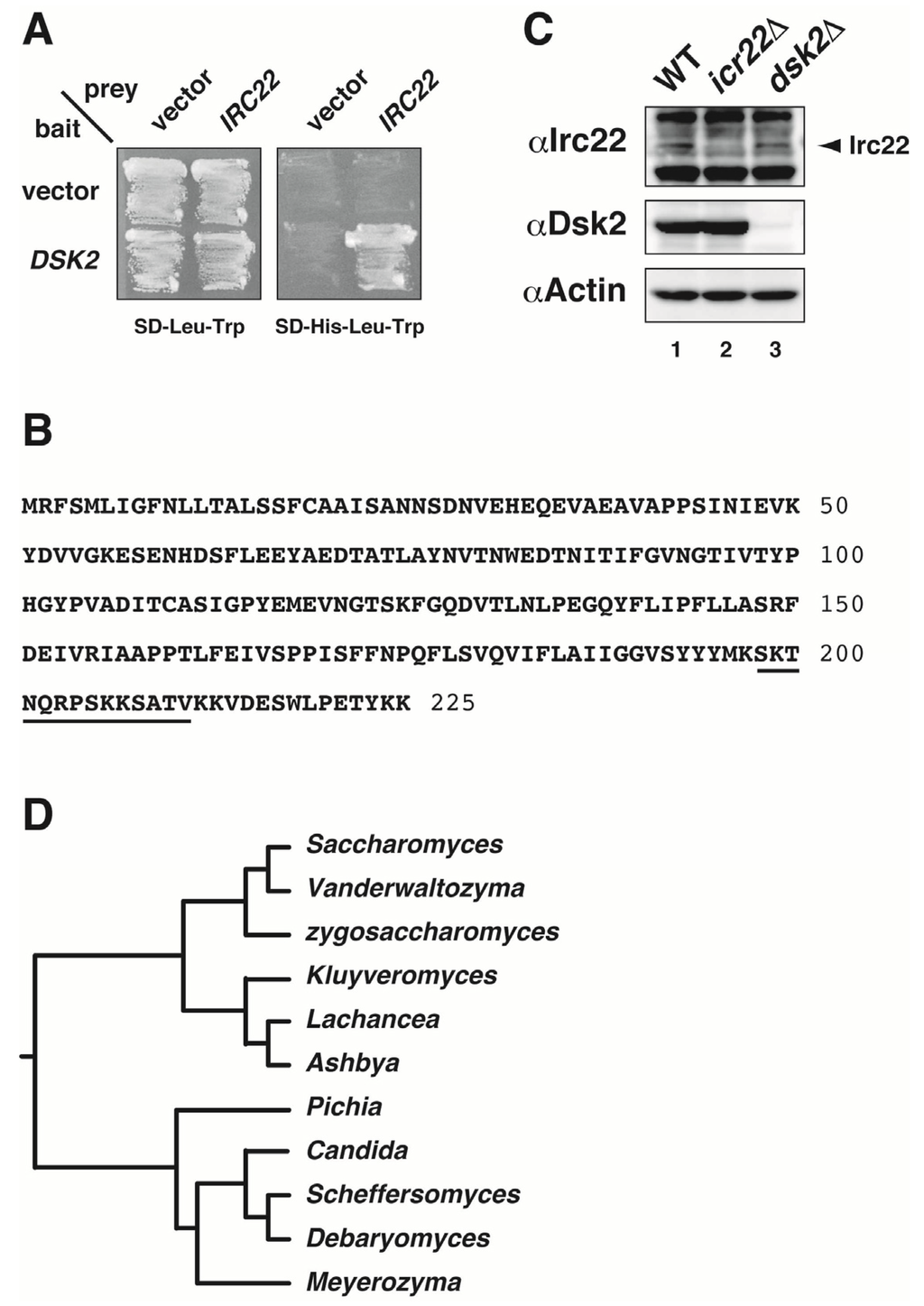