Energy used for tillage is an input with a high impact on the cost of crop production; it is desirable to till the soil using minimum energy. The objective of this study was to compare the specific energy expenditure, effect on soil bulk density, and forage yield of maize, by three tillage systems: Disk plow/Disk Harrow/planter (DDP), Chisel plow/Disk harrow/planter (CHDP) and No-Tillage (NT). Energy was measured for tillage operations in the summer season of 2013, 2016, and 2017. Bulk density in 2013 and 2016. Yield in 2013 and 2014. The variables of drawbar force (kN), working speed (m s−1), width (m), depth (m), fuel consumption (L ha−1), bulk density (g cm−3), and dry matter yield (Mg ha−1) were measured. Results showed that there were significant differences in the amount of energy used per ha; DDP used an average of 379.75 MJ, CHDP 135.01 MJ, and NT 26.43 MJ. The average energy applied to the soil mass for each system was 400 J kg−1 for DDP, 255.13 J kg−1 for CHDP, and for NT was 237.8 J kg−1. The overall energy efficiency was; 18.23% for DDP, 6.88% for CHDP, and 4.77% for N. The bulk density decreased significantly after three years for NT. There were no significant differences in dry matter yield. In the semiarid condition of Mexico, CHDP and NT are options for saving from 64% to 93% of energy, compared with DDP. View Full-Text
Keywords: energy; tillage systems; fuel consumption; energy use efficiency; semiarid condition energy; tillage systems; fuel consumption; energy use efficiency; semiarid condition
►▼ Show Figures 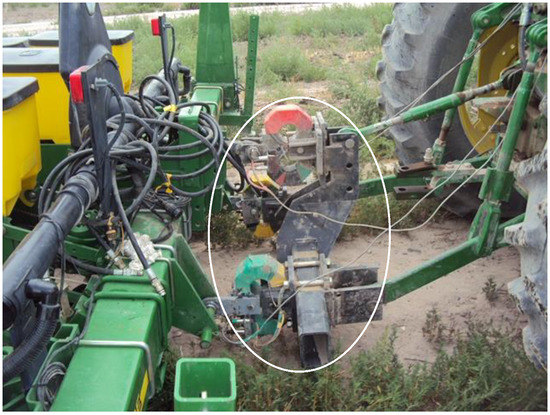 López-Vázquez, A.; Cadena-Zapata, M.; Campos-Magaña, S.; Zermeño-Gonzalez, A.; Mendez-Dorado, M. Comparison of Energy Used and Effects on Bulk Density and Yield by Tillage Systems in a Semiarid Condition of Mexico. Agronomy 2019, 9, 189.


López-Vázquez A, Cadena-Zapata M, Campos-Magaña S, Zermeño-Gonzalez A, Mendez-Dorado M. Comparison of Energy Used and Effects on Bulk Density and Yield by Tillage Systems in a Semiarid Condition of Mexico. Agronomy. 2019; 9(4):189.