Plant growth-promoting rhizobacteria (PGPR) are naturally occurring soil biota which benefit plants by improving plant productivity and immunity. The aim of the present work was to evaluate the effect of the inoculation of PGPR strain, Bacillus subtilis CBR05 on the quality of tomato fruits produced under greenhouse conditions. Results were compared with mock-inoculated control and market sample. We found a significant increase in total phenol and flavonoid contents of tomato fruits in PGPR strain B. subtilis CBR05 inoculated plants compared to those of mock-inoculated control and market sample. Moreover, B. subtilis CBR05 inoculation stimulated antioxidant activities and levels of carotenoid (β carotene and lycopene) content in plants. In addition, the inoculation of the strain B. subtilis CBR05 produced the highest content of lycopene (21.08 μg/g FW) in tomato fruits as compared to mock-inoculated plants. Our results show that the PGPR strain B. subtilis CBR05 is a versatile soil bacterium that enhances tomato production by elevating antioxidant activities and carotenoid (β carotene and lycopene) levels in fruit.
Keywords: Bacillus subtilis; tomato; antioxidant activity; carotenoids; probiotics; PGPR Bacillus subtilis; tomato; antioxidant activity; carotenoids; probiotics; PGPR

Tomato (Solanum lycopersicum) is regarded as the second most vegetable crop next to potato in the agricultural implications of human consumption. According to agricultural statistics, tomatoes along with sweet corn and snap beans constitute 93% of crop production and processing strategies (Agricultural Statistics, United States Department of Agriculture (USDA), 2016). The positive benefits of tomato consumption have been rigorously proved against a variety of diseases like chronic degenerative diseases, owing to the escalated content of significant phytochemicals with potent health benefits, like the carotenoids (β-carotene and lycopene), the glycoalkaloids (dehydrotomatine and α-tomatine), ascorbic acid, tocopherols, and many phenolic and flavonoid compounds [1,2,3]. Tomato also contributes as a major dietary ingredient for Vitamin A and C which implies increased per individual consumption in the United States and many Western countries [2,4]. Fruit ripening in tomato comprises a cascade of events on biochemical, physiological, and structural perspectives involving the influence of secondary metabolites that confer flavor, aroma, texture, and appearance of the tomato [5,6]. Accumulation of large quantities of pigments, especially lycopene and β carotene, inside the plastoglobules of chromoplast provides a visual indication that the fruit is mature and suitable for consumption [4].
Agronomic practices are recognized as a vital factor in determining the nutritional quality of tomato crops [7,8]. The nutrient contents in tomato fruits depend on the environment in which they grow [9,10]. Nowadays, the use of crop modeling to identify effective farmer strategies to counteract adverse future climatic conditions has become a standard in climate change impact assessments [11,12,13]. Over the past few years, a variety of methods have been proposed to comprehensively assess fruit quality and its relationship with water, including principal component analysis (PCA), analytic hierarchy process (AHP), gray relational analysis (GRA), and technique for order preference by similarity to ideal solution (TOPSIS) [14,15,16,17]. The challenge of producing fresh fruits and vegetables is increasing both yield and quality to satisfy consumers as the environment changes in ways that are deleterious to crop species [18]. The quality of agricultural products is affected by many pre- and postharvest factors [9]. The utilization of biofertilizers that mitigate these adverse environmental effects has become a feasible and beneficial production practice. Plant growth-promoting rhizobacteria (PGPR) may be considered as preharvest biotic factors that mitigate adverse environmental effects and promote improved crop yield and quality [19,20].
Among various PGPR approaches, Bacillus species are considered as likely candidates due to their broad-spectrum antagonistic activity against phytopathogens, production of long-lived and stress-tolerant spores, secondary metabolites, lytic enzymes, resistance to adverse environments, and plant growth promotion [19,21,22,23]. Bacillus subtilis plays a significant role in improving plant growth and tolerance to both biotic and abiotic stresses. PGPR strains also act as bio-stimulants of phytohormones and peptide synthesis [20,24], but studies of the PGPR strain, B. subtilis CBR05 on tomato have not yet appeared. Preharvest factors that directly affect crop yield and quality can be summarized into biological factors comprising pathological, entomological, and animal issues, which was found to be nullified upon increased usage of PGPR. The dire need for assessment of tomato and tomato-based products is given significant attention concerning nutrition and quality relying on the nature of the variety, maturity at harvest, effective transport, and storage [25]. Characterization of the carotenoids, mainly β-carotene and lycopene during storage and various ripening stages, shows drastic developments in sustainable yield and quality parameters of tomato [26]. This information adds to our understanding of temporal differentiation of nutritionally significant phytochemicals during ripening of tomato fruits. The objective of this study was to evaluate the effects of B. subtilis CBR05 on the quality of tomato fruits under greenhouse conditions.

B. subtilis CBR05 isolated from our lab maintained on tryptic soy agar (TSA) plates. For long-time storage, bacterial cultures were maintained in tryptic soy broth at −80 °C. For experimental purposes, the cultures were transferred to TSA (MBCell, Seoul, Korea) and incubated at 30 °C for 24 h. The inoculum mixture of the strain was prepared by culturing in nutrient broth and incubating at 28 °C with constant shaking at 130 rpm. The bacterial cells were centrifuged at 10,000 g for 10 min at 4 °C. The cell precipitate was resuspended in 10 mM MgCl2 and the cell concentration of bacterial suspensions of B. subtilis CBR05 was adjusted to 108 colony-forming unit (CFU)/mL (OD600 = 1.0) for further studies.

Tomato seeds (Korean cultivar, Kwangbok) utilized for this study were obtained from a Korean seed resource center, Seoul, South Korea. They were surface sterilized in sodium hypochlorite, rinsed several times with distilled water, and planted onto pots containing sterilized growth media (Peat moss with perlite in a ratio of 3:1). Two sets of plants (three plants per set) were maintained, one without PGPR (mock-inoculated control) inoculation and the other with PGPR strain, B. subtilis CBR05 inoculum. All treatments were placed randomly in the greenhouse and replicated 3 times. Plant growth-promoting B. subtilis CBR05 were applied under sterile conditions to the base of the plants close to the roots to ensure better colonization. Plants were maintained under greenhouse conditions at a temperature of 25 °C with watering carried out every alternate day, to make a better availability for nutrition and plant growth promotion.

1,1-diphenyl-2-picrylhydrazyl (DPPH) assay was performed to assess the fractions exhibiting scavenging property of free radicals in vitro [27]. Then, 0.2 mM solution of DPPH in ethanol was added to the fraction of aliquot at concentrations (100 μg/mL). The mixture was allowed to stand for 30 min and the absorbance was measured at 517 nm using a UV-Visible spectrophotometer. The percent scavenging activity was determined and Trolox was used as the standard.

A Trolox equivalent antioxidant capacity (TEAC)/ABTS assay was conducted based on the method of Ramos et al. [28]. The ABTS solution (7 mM) was oxidized with potassium peroxodisulfate (2.45 mM) for 16–18h at room temperature. The ABTS solution was diluted with solvents. An aliquot (100 μg/mL) was mixed with diluted ABTS solution and the absorbance was read at 734 nm. Trolox and ascorbic acid were used as reference standards.

The Folin–Ciocalteu method was used to estimate various concentrations concerned with the total phenolic content. The extracts were dissolved in absolute methanol and later 200 μL of the extract was mixed with 800 μL of 1 N Folin–Ciocalteu reagent (1: 10). After 5 min at room temperature, 3 mL of sodium carbonate (15%) was added to the extracts. Following incubation for 30 min at room temperature, the absorbance was read at 765 nm using a UV-spectrophotometer. A standard curve for gallic acid equivalents (GAE) (milligrams per gram of extract (mg GAE/ge)) was utilized to evaluate the concentration of total phenolic compounds. Analyses were performed in triplicate per each extract.

Screening the content of flavonoids was done by a modified protocol as reported previously [29]. The extracts were dissolved in absolute methanol. In a 15 mL conical tube, 1 mL of a sample was mixed with 0.3 mL of 5% sodium nitrite, followed by incubation for 5 min. After incubation, 0.3 mL of aluminum chloride (10%) and 2 mL of sodium hydroxide (1 mol/L) were added to the reaction mixture, and the absorbance was read at 496 nm with a UV-spectrophotometer, using catechin as the standard. Quercetin equivalents (QE) present per g of extract (mg QE/ge) was used to quantify the expression levels.

2.7. Extraction and Quantification of Carotenoids

Carotenoids were extracted in triplicates and quantified according to previously established protocol with minor modifications [30,31]. All the preparations were performed in low light conditions to avoid the degradation of carotenoids. Three independent biological samples were extracted separately. Briefly, one whole tomato fruit was finely chopped and mixed thoroughly. Five grams of chopped fruits (exact to 0.001 g) from each treatment were separately transferred into test tubes containing 20 mL of acetone and 0.1% butylated hydroxytoluene (BHT: w/v). The samples were homogenized with a mechanical homogenizer and centrifuged at 5000× g (5 min at 4 °C temperature). The supernatant was recovered and pelleted samples were repeatedly extracted until the pallets became colorless. Supernatants from all extractions were pooled and vacuum-dried in a rotary evaporator (Temperature < 35 °C) (Büchi RE 111, Switzerland).

The extract was recovered with 10 mL of methylene chloride (CH2Cl2) containing 0.1% BHT and transferred to an amber color HPLC vial for HPLC analysis. The chromatographic separation was achieved using an Agilent Model 1100 HPLC instrument (Agilent Technologies Canada Inc., Mississauga, ON, Canada) equipped with a degasser, autosampler, dual pump, and diode array detector (DAD). Samples were scanned (200–800 nm) with 0.05 min (1 s) response time, 8.0 mm slit width, and a detection wavelength of 450 (for most of the carotenoids) and 470 nm (for lycopene). The bandwidth was ±16 nm for all detection wavelengths. Similarly, 600 nm was used as a reference wavelength with ±50 nm bandwidth in all detections. The column used was a YMC, C30 carotenoid column, 250 × 4.6 mm, 5 μm (YMC, Wilmington, NC, USA), and the chromatographic data were recorded with ChemStation LC 3D software. The column thermostat was maintained at 25 °C temperature. Then, 20 μL of standards and samples were injected with an autosampler. The solvent system consisted of Methanol: methyl tertiary butyl ether (MTBE): water (81:15:4) (Mobile phase A) and MTBE: Methanol (91:9) (Mobile phase B). The gradient elution was 0%–100% B in 90 min, and 5-min post-run at a flow rate of 1 mL/min. 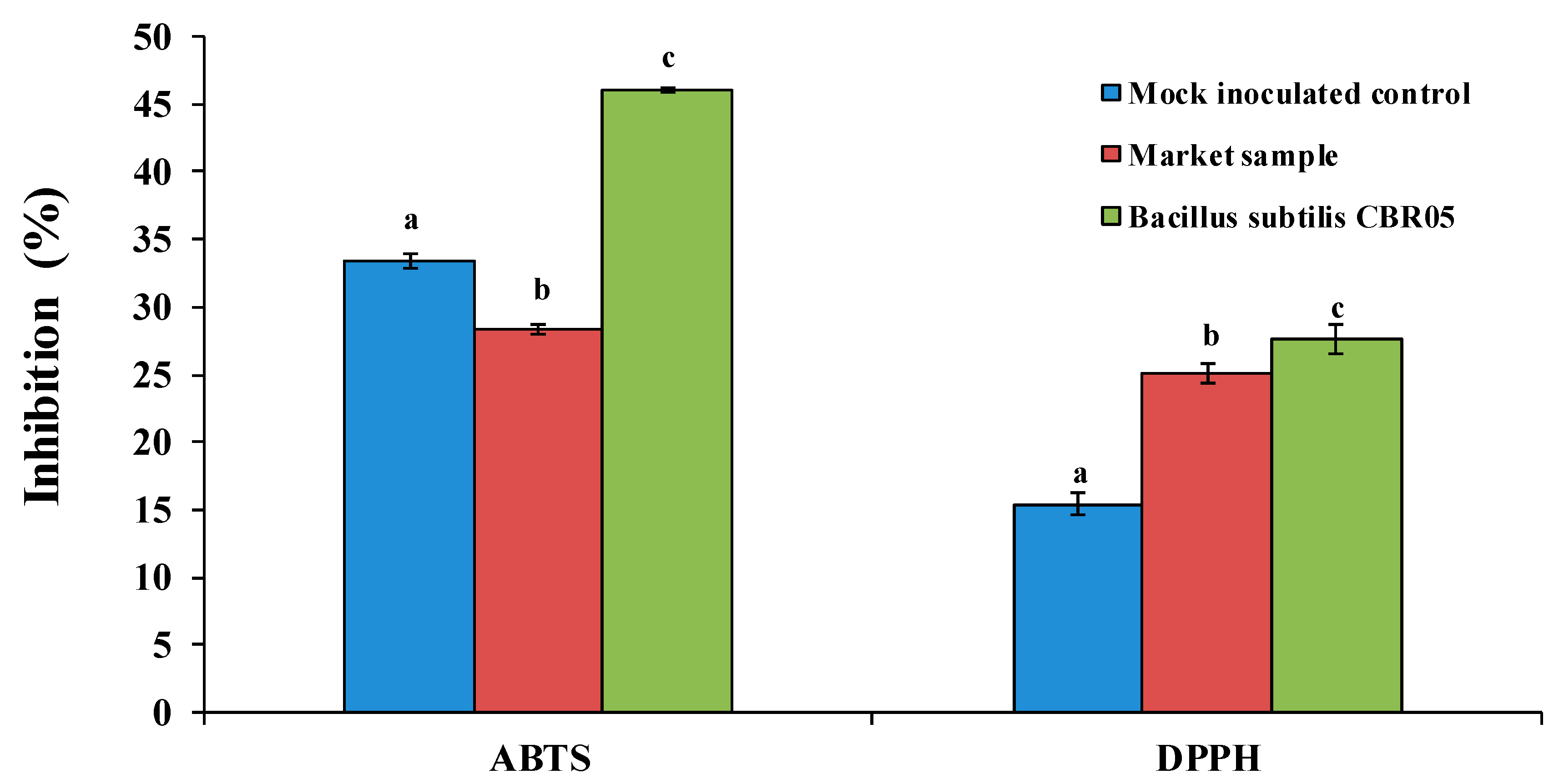 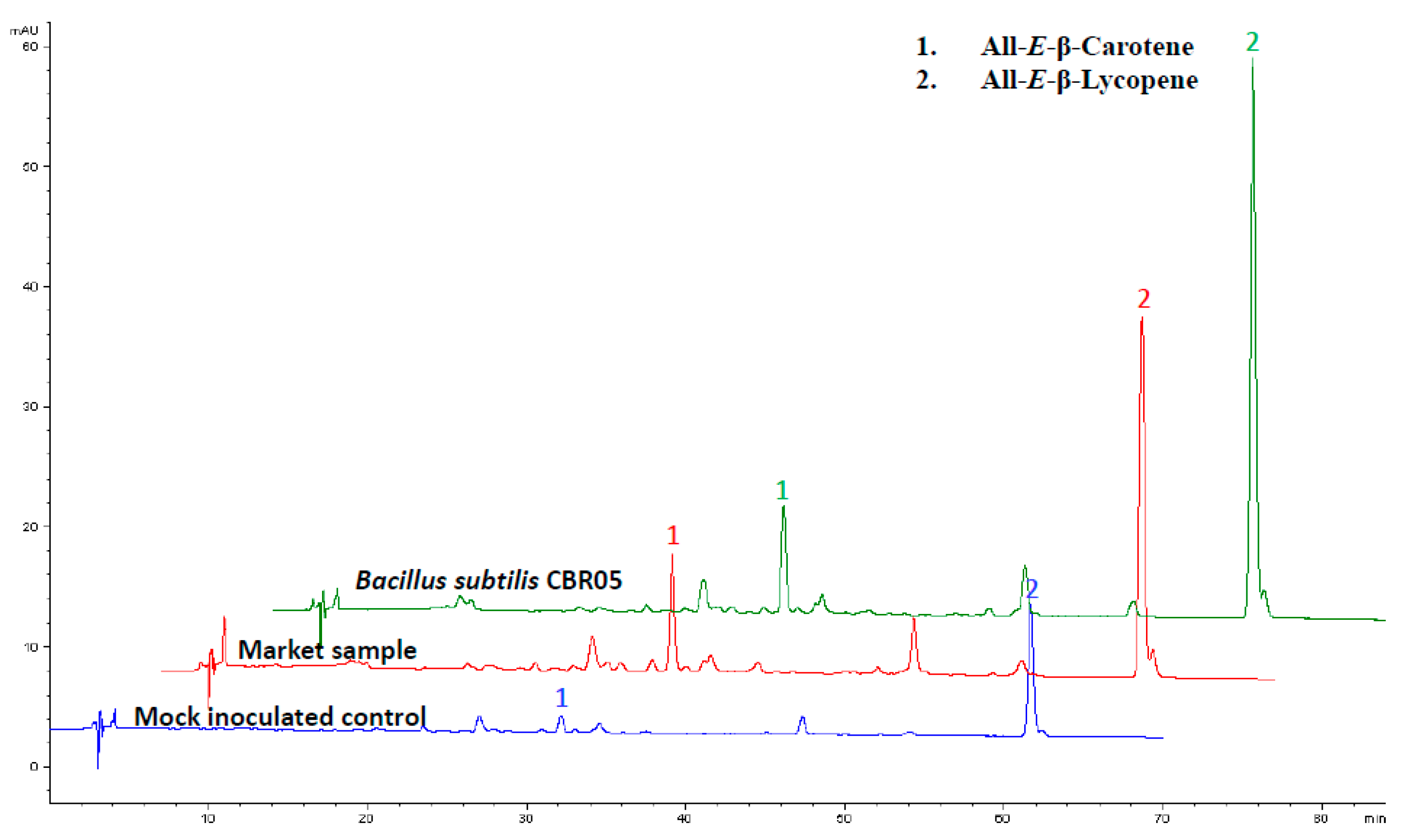 Table 1. Contents of carotenoids in tomato fruits.
Table 1. Contents of carotenoids in tomato fruits.
In each experiment, means followed by different superscript letters are significantly different among the treatment groups (p ≤ 0.05). Values are mean ± standard deviation from three replicates.
© 2019 by the authors. Licensee MDPI, Basel, Switzerland. This article is an open access article distributed under the terms and conditions of the Creative Commons Attribution (CC BY) license (http://creativecommons.org/licenses/by/4.0/).
We use cookies on our website to ensure you get the best experience. Read more about our cookies here.
Accept
We have just recently launched a new version of our website. Help us to further improve by taking part in this short 5 minute survey here. here.
Never show this again