Environmental stresses, such as drought and heat, can cause substantial yield loss in agriculture. As such, hybrid crops that are tolerant to drought and heat stress would produce more consistent yields compared to the hybrids that are not tolerant to these stresses. In the 2019 Syngenta Crop Challenge, Syngenta released several large datasets that recorded the yield performances of 2452 corn hybrids planted in 1560 locations between 2008 and 2017 and asked participants to classify the corn hybrids as either tolerant or susceptible to drought stress, heat stress and combined drought and heat stress. However, no data was provided that classified any set of hybrids as tolerant or susceptible to any type of stress. In this paper, we present an unsupervised approach to solving this problem, which was recognized as one of the winners in the 2019 Syngenta Crop Challenge. Our results labeled 121 hybrids as drought tolerant, 193 as heat tolerant and 29 as tolerant to both stresses. View Full-Text
Keywords: crop stress classification; stress metric extraction; convolutional neural networks; regression analysis crop stress classification; stress metric extraction; convolutional neural networks; regression analysis
►▼ Show Figures 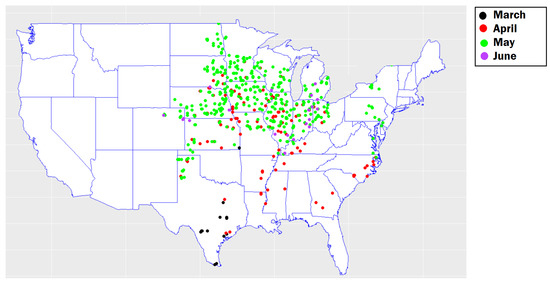