Industrial wastes and agricultural byproducts are increasingly used in crop production as fertilizers, but their impacts on soil carbon (C) sequestration remain poorly understood. The aim of this study was to examine the effects of applying steel slag (SS), biochar (B), and a combination of these two materials (SS + B) on total soil organic C (SOC), active SOC fractions, and C pool management index (CPMI) in a subtropical paddy field in China. The treatments were applied at a rate of 8 t ha−1 to rice at the two (early and late) crop seasons in 2015. The SOC concentrations in the top 30 cm soils in the SS + B treatments were 28.7% and 42.2% higher in the early and late crops, respectively, as compared to the controls (p < 0.05). SOC was positively correlated with soil C:N ratio across the two crop seasons (r = 0.92–0.97, p < 0.01). As compared to the control, SS + B treatment had significantly higher carbon pool index (CPI) in both early (22.4%) and late (40.1%) crops. In the early crop, the C pool activity index (CPAI) was significantly lower in B and SS + B treatments by over 50% than in the control, while the soil C pool management index (CPMI) in the SS, B, and SS + B treatments was lower than that in the control by 36.7%, 41.6%, and 45.4%, respectively. In contrast, in the late crop, no significant differences in CPAI and CPMI were observed among the treatments. Our findings suggest that the addition of steel slag and biochar in subtropical paddy fields could decrease active SOC pools and enhance soil C sequestration only in the early crop, but not the late crop. View Full-Text
Keywords: rice paddy; active carbon; biochar; steel slag; soil organic carbon rice paddy; active carbon; biochar; steel slag; soil organic carbon
►▼ Show Figures 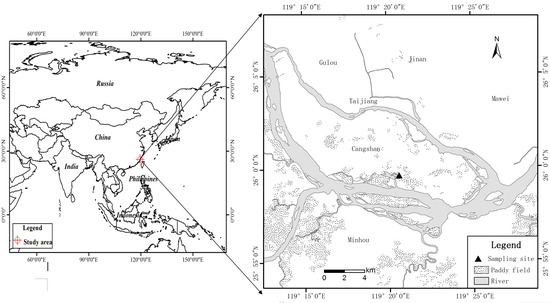