Quantitative Response of Soybean Development and Yield to Drought Stress during Different Growth Stages in the Huaibei Plain, China

Response of Soil Water and Wheat Yield to Rainfall and Temperature Change on the Loess Plateau, China 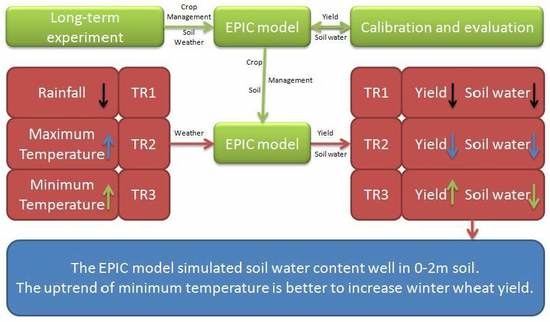