An Assessment of Low-Cost Techniques to Measure Ammonia Emission from Multi-Plots: A Case Study with Urea Fertilization
Previous Article in Journal

Yield, Decomposition, Mineralization and Nitrification of Annual Legumes in an Oxisol

Knowledge about seasonal and litter bag soil position effects on litter decomposition (k value), mineralization and nitrification rate of annual legumes in Puerto Rico is limited. This study determined dry matter yield (DMY), k value of litter bags placed below and above the soil surface, mineralization and nitrification rates of Lablab purpureus cv. “Rongai” and Mucuna pruriens (Velvet bean) seeded in the wet and dry season in Oxisol soils (Typic Eustrustox). There was an interaction (p < 0.05) for season and legumes on DMY, k value and N content. “Rongai” DMY was higher for the dry than wet season while Velvet bean had an opposite seasonal response. Higher k value occurred in the wet season for legumes, but “Rongai” had higher k than Velvet bean. For both legumes, N content was higher on litter bag placed below-ground in both seasons. However, in the wet season, there was less N in the above ground litter position. Higher inorganic N was observed at 90 days of soil incubation (DOI) suggesting that N was not available prior to 42 DOI. Nitrification rate was higher for “Rongai” at 22 DOI and lower at 42 and 90 DOI for both legumes. Both legumes enhanced inorganic N, but, regardless of season, Rongai supplied nutrients to the soil faster than Velvet bean. “Rongai” because of its higher k value than Velvet bean is recommended for fast growing row or vegetable crops in Puerto Rico. View Full-Text
Keywords: cover crops; lablab; legumes; mineralization; nitrification; velvet bean; yield cover crops; lablab; legumes; mineralization; nitrification; velvet bean; yield
►▼ Show Figures 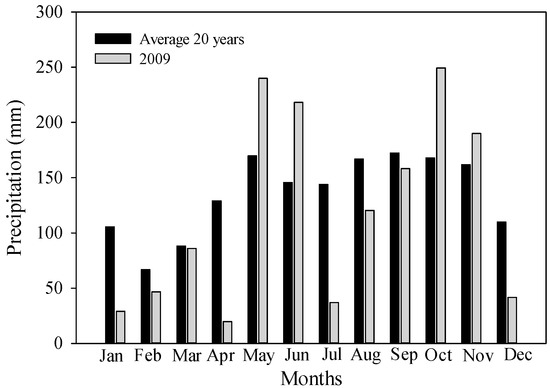