The objective of this paper was to investigate the molecular characterization of soil organic matter fractions (humic substances (HS): fulvic acids-FAs, humic acids-HAs, and humins-HNs), which are the most reactive soil components. A wide spectrum of spectroscopic (UV–VIS and VIS–nearIR), as well as electrochemical (zeta potential, particle size diameter, and polydispersity index), methods were applied to find the relevant differences in the behavior, formation, composition, and sorption properties of HS fractions derived from various soils. Soil material (n = 30) used for the study were sampled from the surface layer (0–30 cm) of agricultural soils. FAs and HAs were isolated by sequential extraction in alkaline and acidic solutions, according to the International Humic Substances Society method, while HNs was determined in the soil residue (after FAs and HAs extraction) by mineral fraction digestion using a 0.1M HCL/0.3M HF mixture and DMSO. Our study showed that significant differences in the molecular structures of FAs, Has, and HNs occurred. Optical analysis confirmed the lower molecular weight of FAs with high amount of lignin-like compounds and the higher weighted aliphatic–aromatic structure of HAs. The HNs were characterized by a very pronounced and strong condensed structure associated with the highest molecular weight. HAs and HNs molecules exhibited an abundance of acidic, phenolic, and amine functional groups at the aromatic ring and aliphatic chains, while FAs mainly showed the presence of methyl, methylene, ethenyl, and carboxyl reactive groups. HS was characterized by high polydispersity related with their structure. FAs were characterized by ellipsoidal shape as being associated to the long aliphatic chains, while HAs and HNs revealed a smaller particle diameter and a more spherical shape caused by the higher intermolecular forcing between the particles. The observed trends directly indicate that individual HS fractions differ in behavior, formation, composition, and sorption properties, which reflects their binding potential to other molecules depending on soil properties resulting from their type. The determined properties of individual HS fractions are presented as averaged characteristics over the examined soils with different physico-chemical properties. View Full-Text
Keywords: humic substances; UV–VIS; VIS–nearIR; zeta potential; particle size distribution; particle diameter; optical indexes humic substances; UV–VIS; VIS–nearIR; zeta potential; particle size distribution; particle diameter; optical indexes
►▼ Show Figures 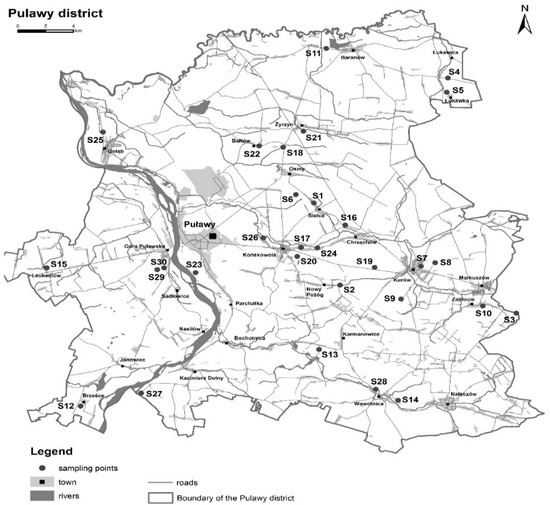