Currently, the global agricultural system is focused on a limited number of crop species, thereby presenting a threat to food security and supply, especially with predicted global climate change conditions. The importance of ‘underutilized’ crop species in meeting the world’s demand for food has been duly recognized by research communities, governments and policy makers worldwide. The development of underutilized crops, with their vast genetic resources and beneficial traits, may be a useful step towards solving food security challenges by offering a multifaceted agricultural system that includes additional important food resources. Bambara groundnut is among the beneficial underutilized crop species that may have a positive impact on global food security through organized and well-coordinated multidimensional breeding programs. The excessive degrees of allelic difference in Bambara groundnut germplasm could be exploited in breeding activities to develop new varieties. It is important to match recognized breeding objectives with documented diversity in order to significantly improve breeding. This review assesses the genetic diversity of Bambara groundnut, as well as important factors involved in realizing and harnessing the potential of this crop.
Keywords: bambara groundnut; climate change; crop improvement; food security; underutilized species bambara groundnut; climate change; crop improvement; food security; underutilized species

2. Constraints to Bambara Groundnut Use

Although Bambara groundnut has a long history, its cultivation is still from the local landraces rather than established varieties with a specific breeding purpose suited to a particular agro-ecological region or system of production as stated by many researchres [33,34,35]. However, until recently, the Bambara breeding system has not been fully understood as no true variety was produced. Like other indigenous African crops, Bambara groundnut has almost been ignored by researchers and funding bodies due to its position as a poor man’s crop, cultivated for sustenance instead of cash [36]. While it is hard to precisely state which characteristics defined a crop as being underutilized, the underutilization of crops is mostly connected to the following constraints:

(1)
The traditional or cultural heritage of areas where the crop originated;
(2)
Inadequate knowledge and documentation on the crop’s morphology and cultivation;
(3)
Adaptation to particular agroecological zones;
(4)
Lack of genetic improvement and access to laboratory equipment and facilities [37].

Unlike in major crops such as wheat, rice, maize and potato, Bambara groundnut has been neglected and underutilized due to the perception by the industry, international research bodies and the scientific community that this crop lacks economic importance [38,39]. This underutilization has also resulted in a lack of genetic improvement, lower crop yield and quality. One of the reasons why Bambara groundnut remained neglected and underutilized may be attributed to the introduction of Groundnut from Brazil to West Africa by the Portuguese, which may have replaced traditional Bambara groundnut seeds because Groundnut contains a reasonable quantity of lipid and can be cultivated as an oilseed crop. Therefore, a subsistence food crop of the indigenous population is replaced with a cash crop with export potentials. Another important reason for Bambara groundnut’s underutilization is its hard-to-cook characteristic, as well as the inadequate processing methods for this crop [40]. Hard-to-cook for Bambara groundnut is characterized by the prolonged cooking time (3–4 h) required to achieve suitable softening in cooking [41], and the hardness of the seed coat makes it extremely difficult to achieve better dehulling [42].
Consequently, a lack of functional value chains, which ensures the delivery of this valuable crop from the farmers to the final consumers as a processed and refined product, is among the constraints (bottleneck) facilitating the underutilization of this crop [43]. Additionally, there is limited information and knowledge on germplasm collection, biological aspects such as photoperiodic sensitivity, reproductive biology and pod-filling that affects the time/range of planting, geographic location and yield stability. The problem of mechanization and the unavailability of machinery for post-harvest operations like dehulling have also contributed to its underutilization [41]. However, despite the enumerated beneficial characteristics of Bambara groundnut in the introductory stage of this review, the low yield has been identified as another key constraint to the improvement of this crucial crop. Farmers have reported low yields of Bambara groundnut in sub-Saharan Africa, thus necessitating the need for research on breeding and the improvement of varieties with better agronomic practices aimed at yield improvement. In future breeding attempts, it is critical to consider the local practices, suitability and close involvement of farmer groups to enable them to identify suitable lines for selection to meet their immediate requirements so that the identified traits will be back-crossed to the local lines. Massawe et al. [44] and Hillocks et al. [43] emphasized the significance of this method from a socio-economic point of view.

Advancements in molecular biology, crop genomics, transcriptomics and bioinformatics offer the opportunity to study and understand aspects of plant biology in a better-unified system, while easing the transfer of information from major to minor species, such as Bambara groundnut [140]. The robust practice of the conventional system of breeding is necessary for successful genomic research on neglected and underutilized crop species like Bambara groundnut [141]. Exploiting the benefit of translation and biotechnological tools in research, moving from major crops to underutilized species, can offer desirable results in breeding methods by using two major procedures, which are the transformation of technologies, next-generation sequencing and translation of the real genetic-character data set from associated species on location bases or network exploration [76]. Due to Bambara groundnut’s relevance in providing useful information on the species, the use of comparative genomics is gaining wider acceptance, especially in crop species that have genomes that are yet to be sequenced, as compared to identified species [142]. Rapid improvement in crop genomics has enabled in-depth structural and functional assessments of the genes contained in several biological procedures within major species and other crop plants. Consequently, the use of bioinformatics tools in comparative genomics can offer the opportunity for transferring significant information from the major crops to the Bambara groundnut. Additionally, underutilized crops can provide better models for character and character analysis, which is lacking in major crops [143,144]. For instance, if drought tolerance alleles in Bambara groundnut can be traced, the fundamental physiological mechanism and responsible genes could be utilized through marker-assisted selection to screen for alleles among the species of interest or the character can be transferred by direct gene transfer to major crop species. An experiment was conducted using XSpecies microarray to detect and identify specific genes and gene modules related to low temperature responses in Bambara groundnut; 375 and 659 variably expressed genes were identified (p < 0.01) at 23 °C and 18 °C sub-optimal temperatures, respectively. Validation of 52 from the 100 diversity expressed genes was carried out using next-generation sequencing (NGS) technology created from the same population used to generate cross-species microarray information. More than 50% similarity was observed from the result between next-generation sequencing technology and the XSpecies Microarray approach. The gene modules identified can be used to breed varieties of Bambara groundnut for tolerance to low-temperature stress [137]. Polymorphisms among individuals for gene expression analysis can be identified through these approaches. Additionally, mutation can be seen to speed up the generation markers generation for specific characters in underutilized crop species [145].

Developing underutilized crops with an abundance of genetic resources and potentially advantageous traits can be the solution to a more diversified and robust agricultural system with additional food sources needed to address food and nutritional security. There is a need for translating knowledge, skills and edge cutting tools, developed for a well-researched crop species, to underutilized crops. Prioritizing a marker-assisted program of breeding is essential; however, establishing in-depth knowledge of Bambara groundnut to certify that breeding approaches are based on demand and are acceptable in precise agro-ecological zones is equally important. Besides, in the genetic improvement of the crop based on the farmers demand, there is a need to focus on basic agricultural mechanization systems to developed novel and composite system of agriculture for the onward delivery of better and improved food security in the future. A concerted effort is being carried out by the International Institute of Tropical Agriculture (IITA) Nigeria, Crop For the Future (CFF) and the University of Nottingham Malaysia, to tap into their diverse network. In this effort, a total of 420 accessions from indigenous farmers, breeder seeds and gene banks are being characterized and are being both phenotypically and genotypically characterized. The background information of each of those accessions will be made readily available and can be easily be accessed by researchers and producers, thus helping to improve breeding activities. The combination of genomics-assisted breeding, high-throughput approaches, which are progressively becoming cheaper, and phenotyping, which is becoming popular and more accessible, would be better established in underutilized crop species. For climate change, genomic research in underutilized crops is highly valued, due to their inherent resistance to biotic and abiotic stress conditions. Accurately narrowing down the molecular and physiological genetics of such essential traits will not only improve the genetic breeding of underutilized crop species, but also the entire crop breeding, the adaptation to climate change mitigation, and improvement in income generation and food security.

The authors are grateful to the Ministry of Education Malaysia, for adequate research Higher Institution Centres of Excellence (HICoE) funding to conduct research on improvement of crop varieties for adaption to biotic and abiotic stress. 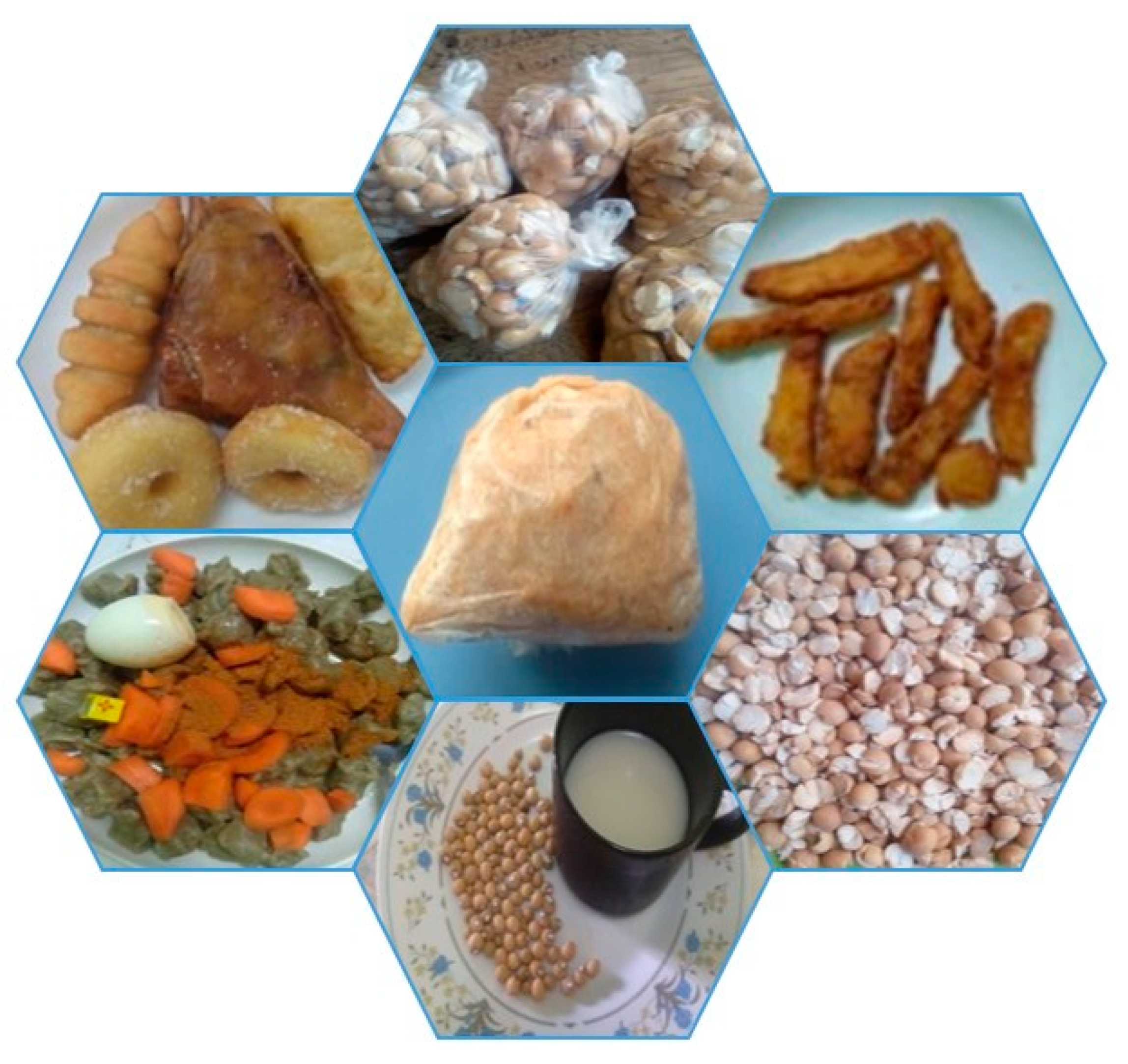 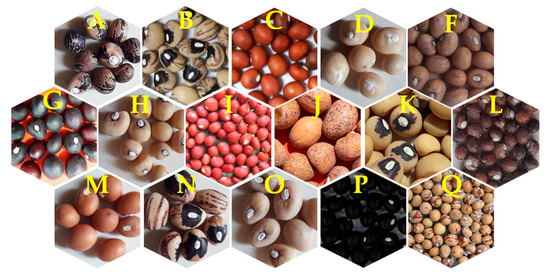