Acne is the over growth of the commensal bacteria Propionibacterium acnes (P. acnes) on human skin. Lauric acid (LA) has been investigated as an effective candidate to suppress the activity of P. acnes. Although LA is nearly insoluble in water, dimethyl sulfoxide (DMSO) has been reported to effectively solubilize LA. However, the toxicity of DMSO can limit the use of LA on the skin. In this study, LA-loaded poly(ɛ-caprolactone)-poly(ethylene glycol)-poly(ɛ-caprolactone) micelles (PCL-PEG-PCL) were developed to improve the bactericidal effect of free LA on P. acnes. The block copolymers mPEG-PCL and PCL-PEG-PCL with different molecular weights were synthesized and characterized using 1H Nuclear Magnetic Resonance spectroscopy (1H NMR), Fourier-transform infrared spectroscopy (FT-IR), Gel Permeation Chromatography (GPC), and Differential Scanning Calorimetry (DSC). In the presence of LA, mPEG-PCL diblock copolymers did not self-assemble into nano-sized micelles. On the contrary, the average particle sizes of the PCL-PEG-PCL micelles ranged from 50–198 nm for blank micelles and 27–89 nm for LA-loaded micelles. The drug loading content increased as the molecular weight of PCL-PEG-PCL polymer increased. Additionally, the minimum inhibitory concentration (MIC) and the minimum bactericidal concentration (MBC) of free LA were 20 and 80 μg/mL, respectively. The MICs and MBCs of the micelles decreased to 10 and 40 μg/mL, respectively. This study demonstrated that the LA-loaded micelles are a potential treatment for acne. View Full-Text
Keywords: poly(ε-caprolactone)-poly(ethylene glycol)-poly(ε-caprolactone); lauric acid; micelles; Propionibacterium acnes; drug delivery system; nanoparticles poly(ε-caprolactone)-poly(ethylene glycol)-poly(ε-caprolactone); lauric acid; micelles; Propionibacterium acnes; drug delivery system; nanoparticles
►▼ Show Figures 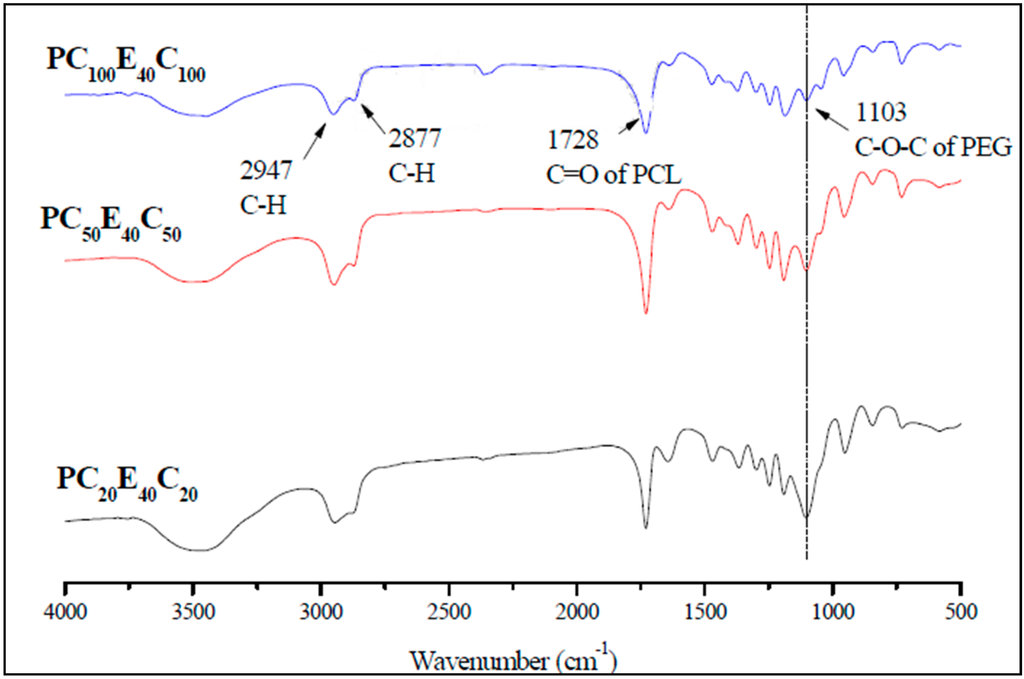