In this study, the properties of observed, difference, and hybrid syntheses (hybrid indicates a combination of observed and difference syntheses) are investigated from two points of view. The first has a statistical nature and aims to estimate the amplitudes of peaks corresponding to the model atoms, belonging or not belonging to the target structure; the amplitudes of peaks related to the target atoms, missed or shared with the model; and finally, the quality of the background. The latter point deals with the practical features of Fourier syntheses, the special role of weighted syntheses, and their usefulness in practical applications. It is shown how the properties of the various syntheses may vary according to the available structural model and, in particular, how weighted hybrid syntheses may act like an observed and difference or a full hybrid synthesis. The theoretical results obtained in this paper suggest new Fourier syntheses using novel Fourier coefficients: their main features are first discussed from a mathematical point of view. Extended experimental applications show that they meet the basic mission of the Fourier syntheses, enhancing peaks corresponding to the missed target atoms, depleting peaks corresponding to the model atoms not belonging to the target, and significantly reducing the background. A comparison with the results obtained via the most popular modern Fourier syntheses is made, suggesting a role for the new syntheses in modern procedures for phase extension and refinement. The most promising new Fourier synthesis has been implemented in the current version of SIR2014. View Full-Text
Keywords: Fourier syntheses; observed syntheses; phase refinement; macromolecular crystallography Fourier syntheses; observed syntheses; phase refinement; macromolecular crystallography
►▼ Show Figures 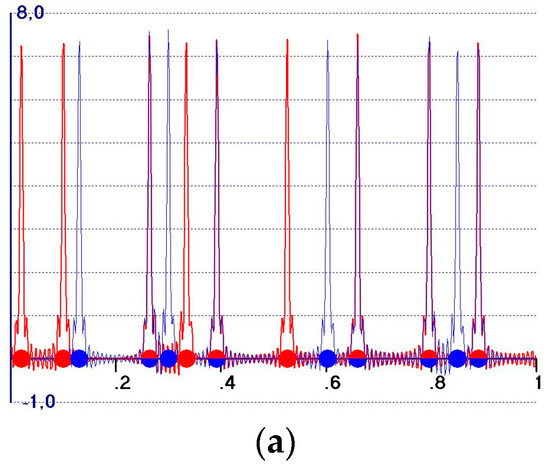