Mesomorphic, Optical and DFT Aspects of Near to Room-Temperature Calamitic Liquid Crystal
Previous Article in Journal

:
In this research, a facile and cost-effective method of graphene synthesis by the modified carburization process and its applications for supercapacitor electrodes is reported. In this simple approach, carbon was diffused into nickel foam and naturally cooled to obtain carbon precipitation for the in situ growth of graphene by decarburization. Phase-structure and surface-morphology analysis revealed the presence of a highly reduced structure of the graphene layer. Furthermore, the large-intensity D, substantial G, and 2D bands in Raman spectra were attributed to disordered multilayer graphene. The three-electrode systems were used to measure electrochemical efficiency. The electrode sample exhibited enhanced current density of 0.6 A/g, electrode energy of 1.0008 Wh/kg, and power density of 180 W/kg, showing significant electrochemical performance for supercapacitor electrode applications.
Keywords:
supercapacitor; graphene; Ni foam; electrochemical devices; energy harvesting

Nickel foam (99.8%, 95~98% porosity, and 0.5 mm thickness) was bought from Sinopharm Chemical Reagent Co., Ltd. (Shanghai, China). Industrial coke (99%) was obtained from the industry and used in experimentation without any further treatment. Chemicals sodium carbonate, sodium chloride, and potassium hydroxide (Sigma-Aldrich) were collected from scientific stores. All chemicals were of industrial quality and used without further testing.

The pack carburizing of electrode GM1 was performed in the presence of a medium (100% coke) in a box furnace in the temperature range of 850–950 °C using a heating rate of 20 °C/min for 1 h. The same procedure was repeated for the pack carburizing of electrode GM2 in the presence of a medium (15% sodium carbonate, 5% NaCl, 80% coke). For closed packing, an airtight metal crucible was used, as shown in Figure 1. For the carburizing sample named growth in medium 1 (GM1), the crucible was filled with coke in layers by placing Ni foam between the sheets. The lid of the metal crucible was tightened with the pipe wrench for air tightening, and placed in a box furnace for heat treatment at 900 °C for 1.5 h. After the heat treatment, samples were first furnace-cooled, and natural cooling was then carried out for 12 h. When cooling was completed, samples were washed with acetone in a sonicator for 5 min at slow sonication. The loading mass of the products on Ni foam was gravimetrically measured using a LIBROR AEG-120 Micro Balance to calculate the weight difference of the nickel foam before and after growth. Another sample, named growth in medium 2 (GM2), was carburized by changing the composition of the medium in the crucible. Then, the composition was sodium carbonate (15%), coke (80%), and sodium chloride (5%) in weight. The same procedure was repeated as discussed above by changing the temperature to 950 °C for 1 h. Structural and electrochemical characterization was observed.

To determine the output parameters, electrochemical characterization of all samples was carried out. For electrochemical tests, three electrode assemblies were used with the coated Ni Foam electrode as working, the Pt wire electrode as a counter, and Ag/AgCl electrode as a reference in 6 M KOH solutions. Potential CV and cyclic charge–discharge window were in the range of 0–0.6 V. To observe the corresponding capacitive response, different scan rates of 5, 10, 15, 20, 30, 40, and 50 mVs−1 were studied. Similarly, current density of 0.1, 0.2, 0.3, 0.4, 0.5, and 0.6 Ag−1 was tested for cyclic charge–discharge. We obtained electrochemical impedance spectroscopy from 0.5 Hz to 100 kHz for frequency. Electrochemical characterization took place using GAMRY Potentiostat-3000.

A facile and cost-effective approach was utilized for the synthesis of graphene by the modified carburization process, and its applications for supercapacitor electrode were reported. The porous graphene was successfully synthesized by a versatile pack-carburizing process. The resulting samples experimentally proved to give defined surface morphology, minimal restacking, and a highly reduced structure through various characterization tests. Such samples play a useful role as electrode material, with their outstanding physical and chemical characteristics making it possible to produce high-performance supercapacitors. To measure electrochemical efficiency, three-electrode systems were used. With a current density of 0.6 A/g, the GM2 electrode’s energy and power densities were 1.0008 and 180 W/kg, better than those of the GM1 electrode. Electrochemical performance was not as effective, as the produced graphene was disordered graphene with a significant disorder D band at a Raman shift of 1347 and 1349 cm−1 for GM1 and GM2, respectively.

This project was supported by the Deanship of Scientific Research at Prince Sattam bin Abdul Aziz University under research project no. 2020/01/17063. 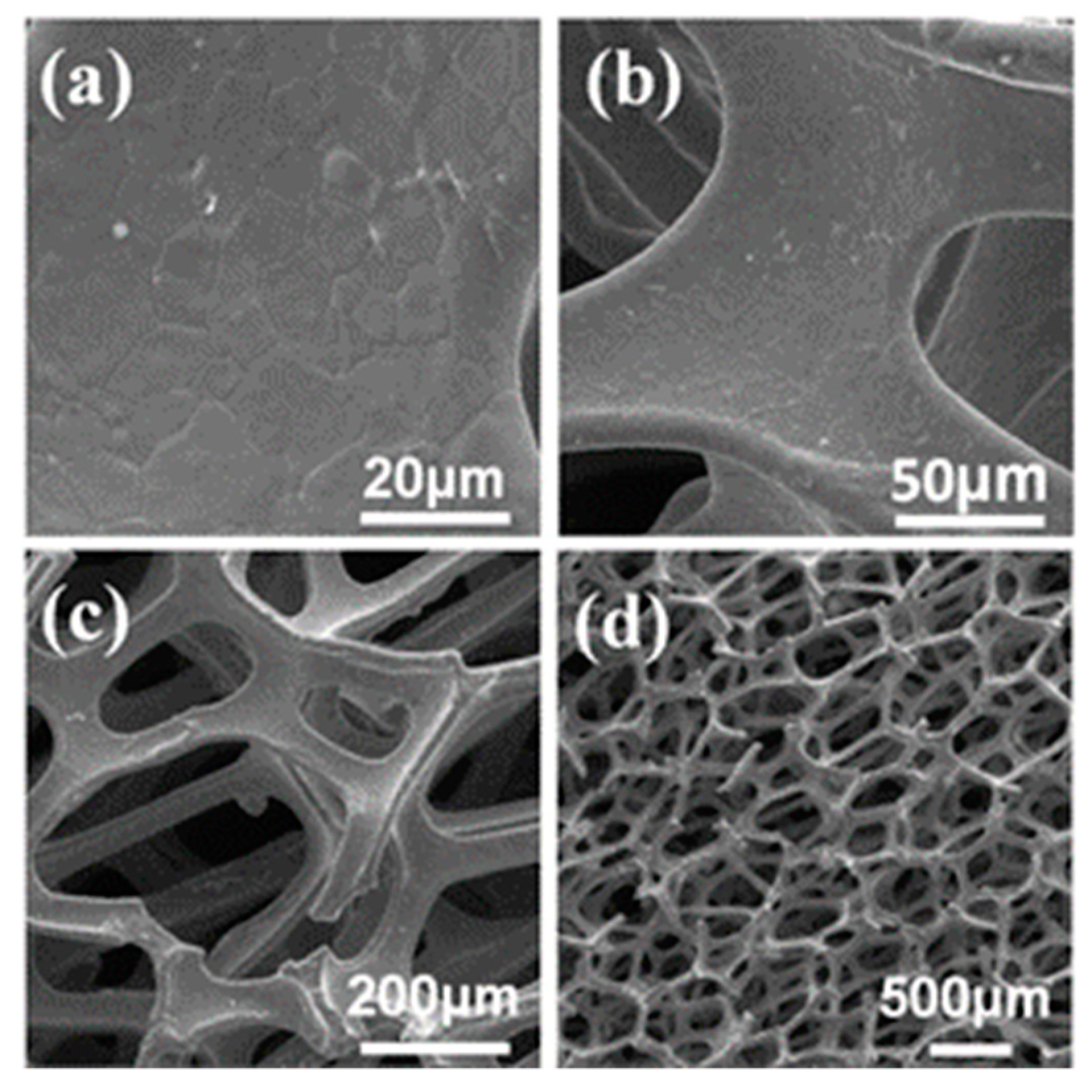 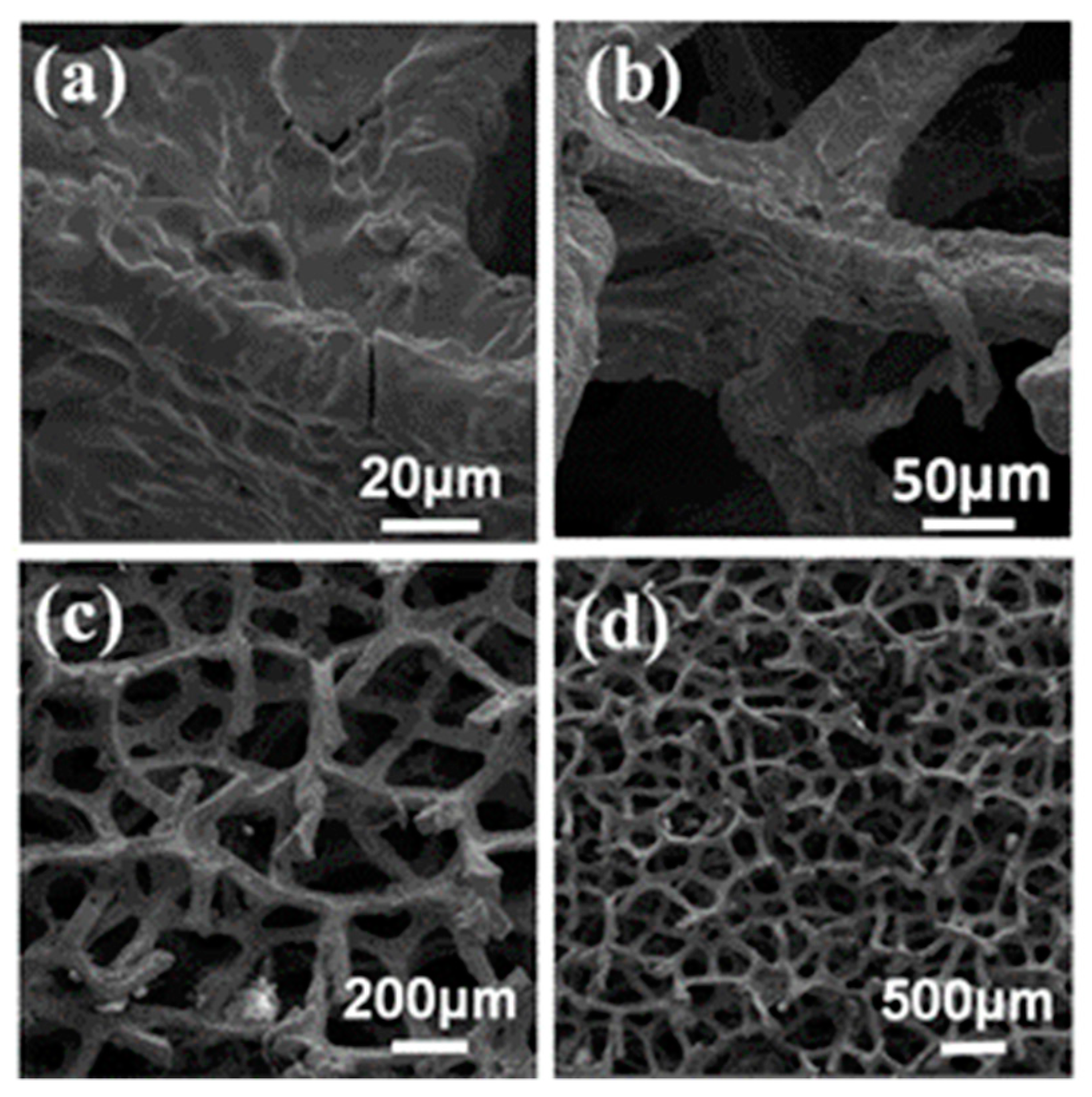 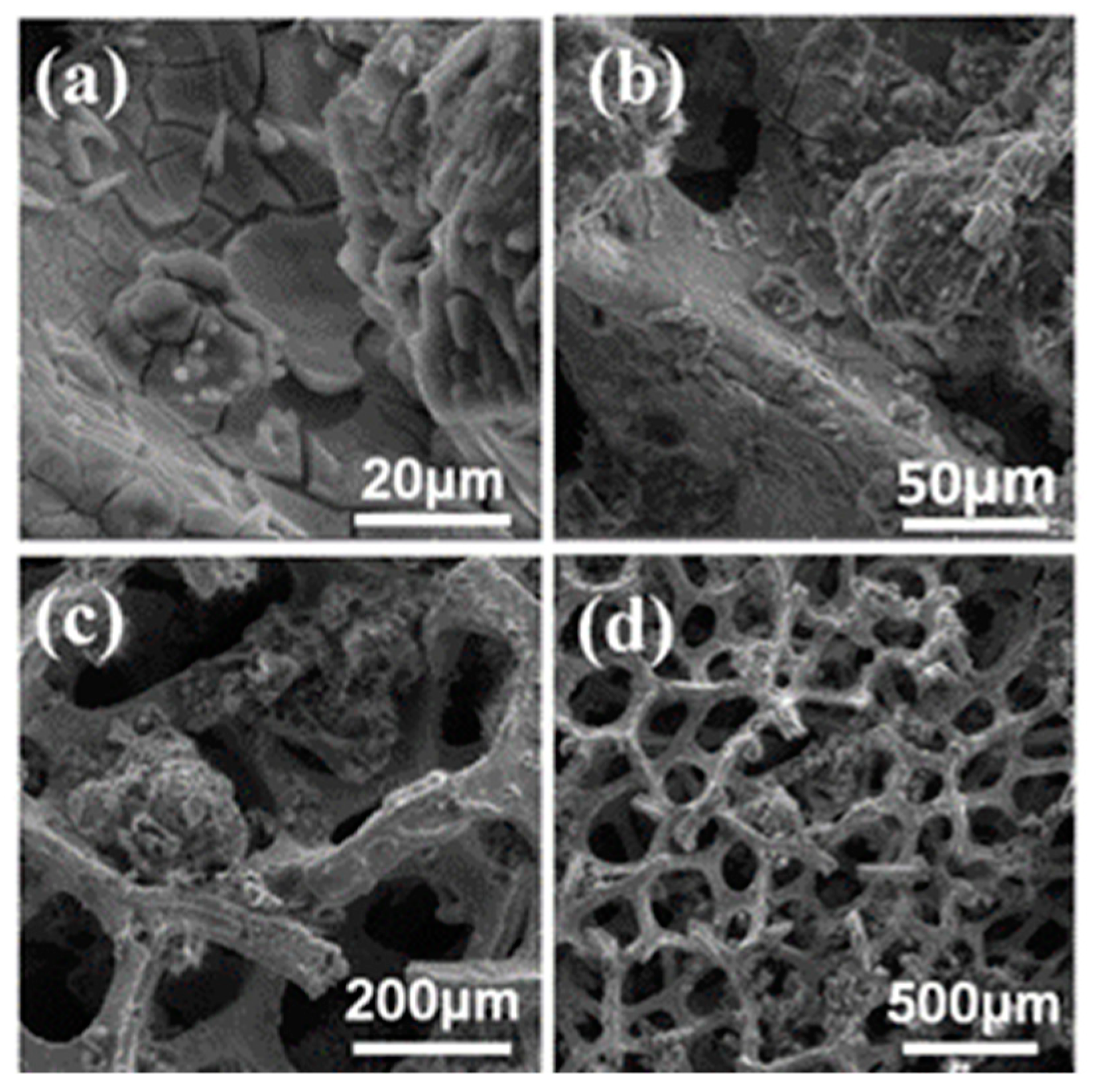 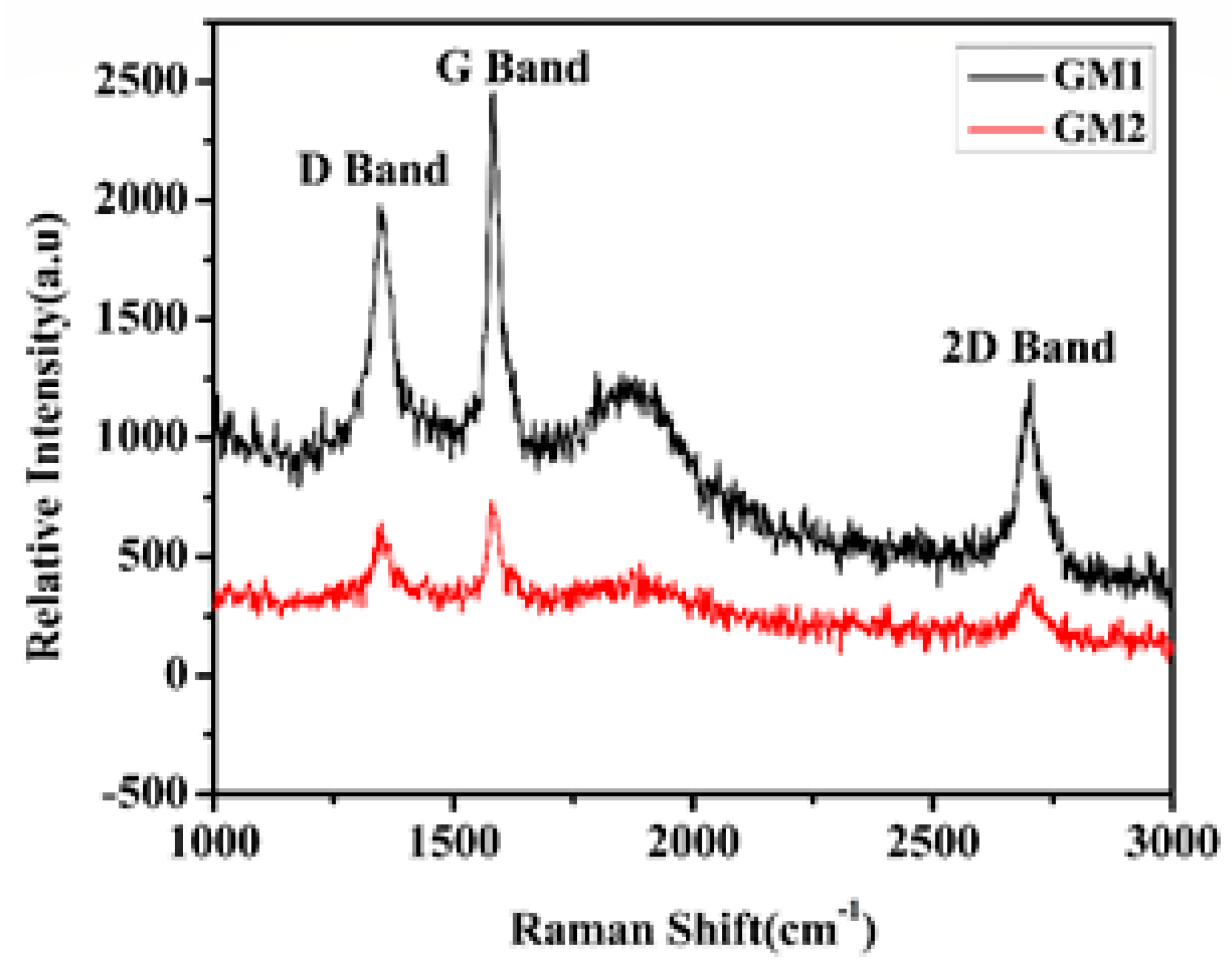 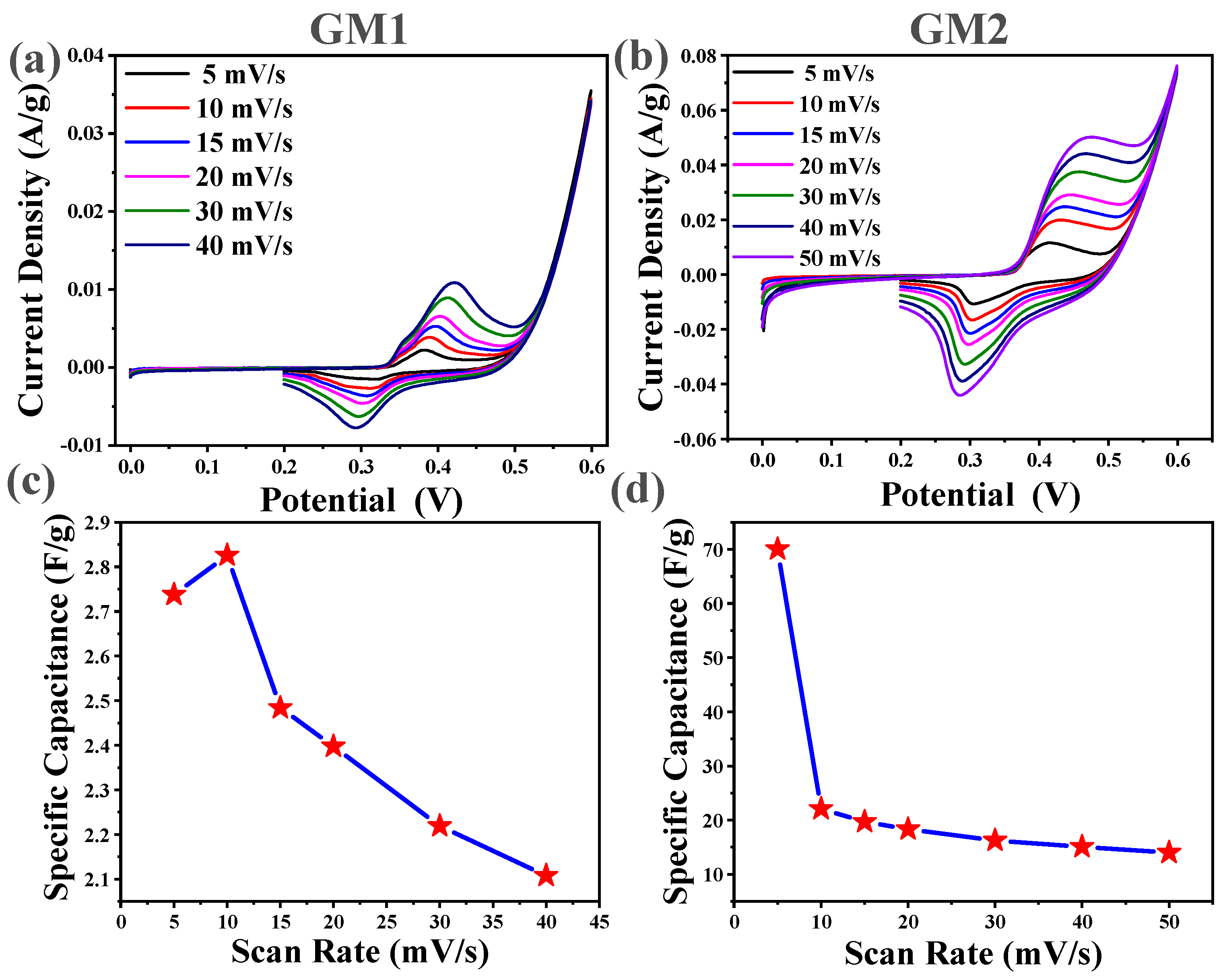 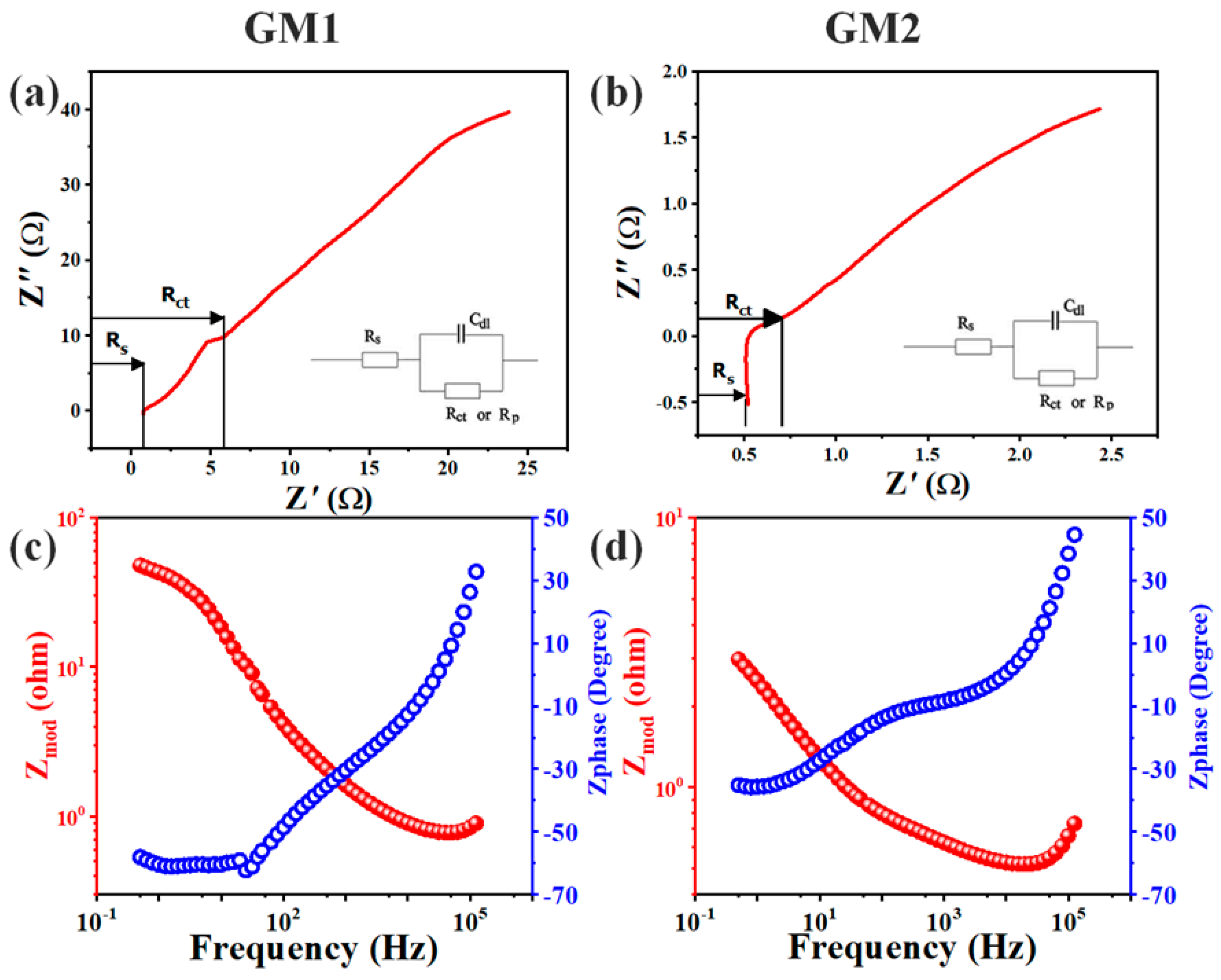