Propene is an important synthetic industrial product predominantly formed by a methanol-to-olefins (MTO) catalytic process. Propene is known to form oligomers on zeolite catalysts, and paramters to separate it from mixtures and its diffusion properties are difficult to measure. Herein, we explored the adsorption–chemisorption behavior of propene by choosing SAPO-34 zeolites with three different degrees of acidity at various adsorption temperatures in an ultra-high-vacuum adsorption system. H-SAPO-34 zeolites were prepared by a hydrothermal method, and their structural, morphological, and acidic properties were investigated by XRD, SEM, EDX, and temperature-programmed desorption of ammonia (NH3-TPD) analysis techniques. The XRD analysis revealed the highly crystalline structure which posses cubic morphology as confirmed by SEM images. The analysis of adsorption of propene on SAPO-34 revealed that a chemical reaction (chemisorption) was observed between zeolite and propene at room temperature (RT) when the concentration of acidic sites was high (0.158 mmol/g). The reaction was negligible when the concentration of the acidic sites was low (0.1 mmol/g) at RT. However, the propene showed no reactivity with the highly acidic SAPO-34 at low temperatures, i.e., −56 °C (using octane + dry ice), −20 °C (using NaCl + ice), and 0 °C (using ice + water). In general, low-temperature conditions were found to be helpful in inhibiting the chemisorption of propene on the highly acidic H-SAPO-34 catalysts, which can facilitate propene separation and allow for reliable monitoring of kinetic parameters.
Keywords: zeolites; SAPO-34; catalytic mechanism; adsorption; separation; propene; catalysts regeneration zeolites; SAPO-34; catalytic mechanism; adsorption; separation; propene; catalysts regeneration

SAPO-34 zeolite plays a pivotal role in the chemical industry [1]. One of its important applications is in a methanol-to-olefins (MTO) process [2,3,4,5]. Recently, the Chinese government has passed an agreement to scale up MTO processes in tons per year and many operational units are expected in the coming years [6]. The most desirable product generated in this process is propene. There are certain issues related to this product, including separation of propene from its mixture [7,8,9] and design of new catalytic materials to increase its production yield, stability, and recyclability [9,10,11,12,13,14,15,16]. To understand and cope with these issues, researchers are exploring different strategies. One of the approaches is to study the diffusion behavior of propene on SAPO-34. Such studies require experimental data free of any coupling or oligomerization reactions. Some literature have shown that propene reacts with zeolites [13,17,18,19,20,21]. However, exact conditions of propene–zeolite reaction remain unclear, that is, whether propene reacts with every zeolite or whether there are exceptional circumstances is unknown. Recently, Wang et al. [22] showed that an experimental curve of propene uptake on SAPO-34 zeolite did not reach equilibrium but continued to decline with time, which was attributed to the slow chemical reaction (i.e., slow chemisorption), whereas a simulation uptake curve showed fitted linear equilibrium (i.e., physisorption), which is different from the experimental uptake curve after 20 s (see Figure S1; Supplementary Materials). In order to further explore this behavior, we have designed and examined a new experimental approach, that is, using various types of acidic SAPO-34 zeolites at different temperatures, to understand the reactivity and reproducibility of propene in a vacuum adsorption system. The schematic of the vacuum adsorption system is shown in Figure 1.

Three different acidic SAPO-34 zeolites were synthesized by a hydrothermal method with some modification in initial stoichiometric ratios of silica to alumina. The silicon source was silica gel (40 wt% SiO2) (Silica sol Qingdao Co, Ltd., Qingdao, China), and the aluminum source was 73 wt% Al2O3 (Chalco Shandong co. Ltd., Shandong, China), the phosphorus source was phosphoric acid (85 wt% H3PO4) (Tianjin Ronghong chemical co. Ltd., Tianjin, China), and the template was tetraethylammonium (TEA) (Tianjin Yongda Chemical Reagent Co., Ltd., Tianjin, China). Liquid compositions were used in ratios of Al2O3:xSiO2:1.15P2O5:2.7TEA:114H2O (x = 0.05–0.5). By changing the content of Si in the catalyst solution, three kinds of the skeleton of silicon content were obtained. For x = 0.5 was synthesized, a catalyst with a high Si/Al ratio was obtained. For x = 0.25, a catalyst with moderate acidity was obtained. For x = 0.05, a catalyst with a low Si/Al ratio was obtained called as the weakly acidic SAPO-34 zeolite. The crystal structure of the sample was characterized by XRD (Bruker D8/Advance, CO, USA). Cu Kα X-ray was used as the X-ray source. Diffraction intensities were recorded from 5° to 80° at a rate of 5°/min. The observed diffraction patterns were assigned by referring to the Joint Committee on the Powder Diffraction Standards (JCPDS) card. The morphology of the zeolite was characterized by SEM (JSE-6700F, JEOL, CA, USA). Acid site density was calculated from NH3-TPD measurement. The sample was first heated up to 400 °C under the He flow and kept for 2 h. After cooling down to 100 °C, it was exposed to the NH3 flow for 1 h and then to the He flow for 1 h to remove excessive NH3. Then, the temperature was increased up to 650 °C at a rate of 10 °C/min. The desorption signal of NH3 from the sample was detected by a thermal conductivity detector. The acid site density was also calculated from the EDS analysis of the Si/Al ratio.

We have successfully developed three H-SAPO-34 zeolites with a similar morphology but different acid properties as evidenced by the XRD, FESEM, EDX, and NH3-TPD measurements. It was obvious that the extent of zeolite–propene interaction, diffusional properties, and adsorptive properties were all dependent on the zeolite acidities and adsorption conditions. At RT, propene separation and diffusion characteristics could be observed on the weakly acidic H-SAPO-34 zeolite. On the other hand, low-temperature conditions are necessary to avoid chemisorption and to establish similar features with the highly acidic H-SAPO-34 zeolite. The results have, therefore, shed useful information on the behavior of propene in H-SAPO-34, separation of propene from other gases, and would be beneficial in further elucidating the mechanism and stability of catalysts in MTO reaction.

First and foremost, we are grateful to Wang Dezheng, Wang Yao, and Wei Fei (Department of Chemical Engineering, Tsinghua University, Beijing, P. R. China) for their useful advice and their experimental support. We are also thankful to Tsinghua University and Center of Excellence in Nanotechnology, King Fahd University of Petroleum & Minerals for the research facilities, and Saudi Aramco Chair Programme (ORCP2390). 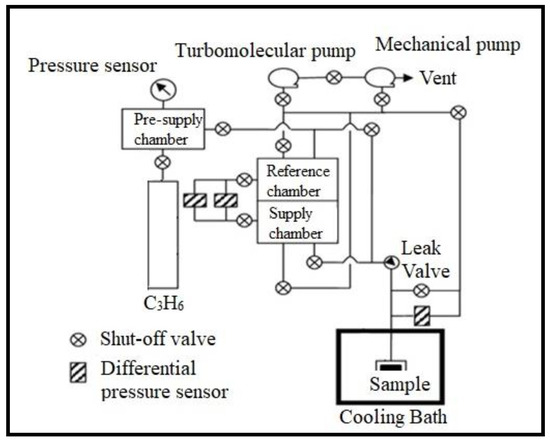 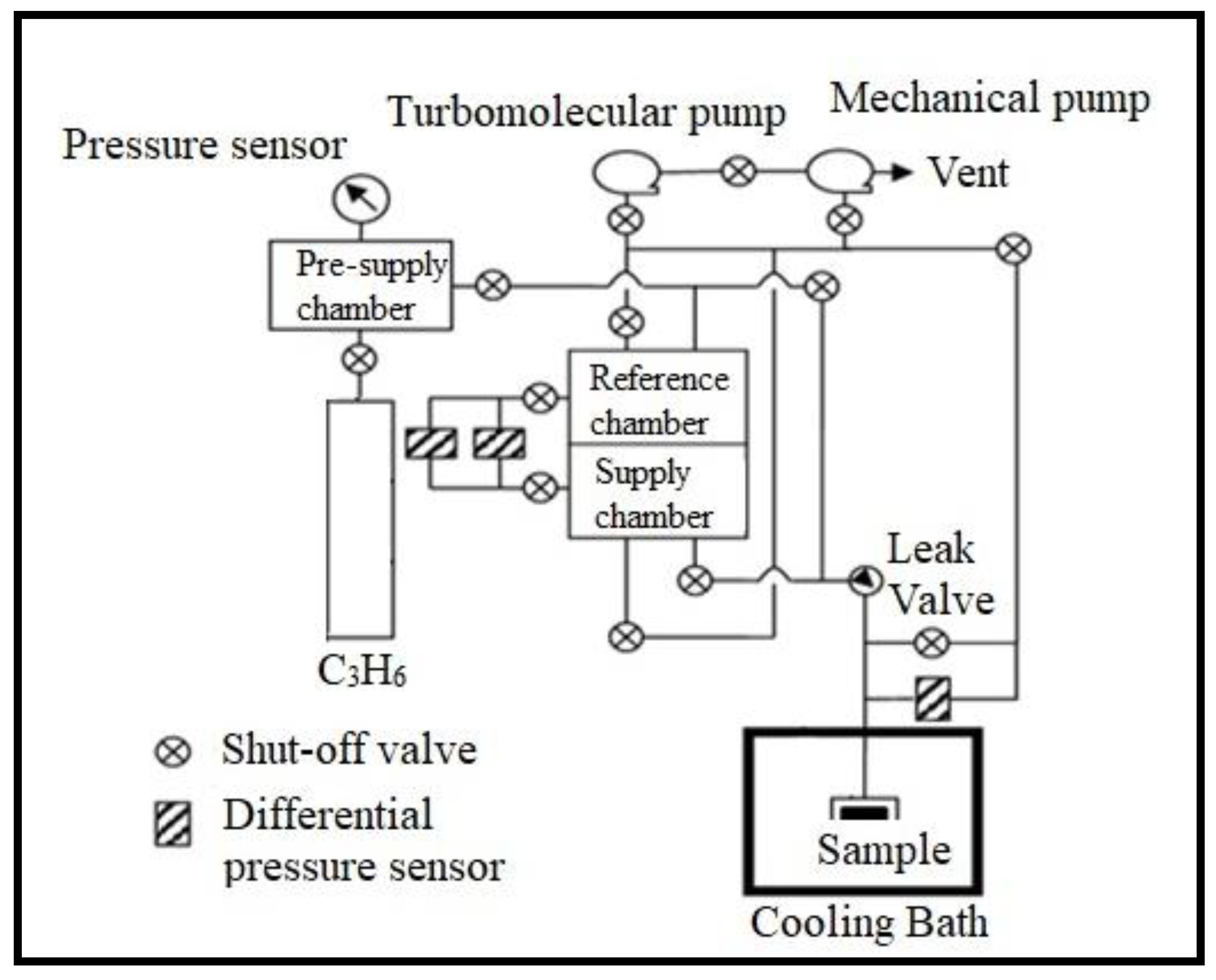 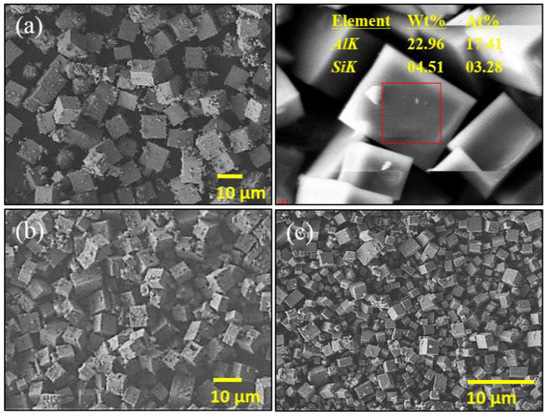 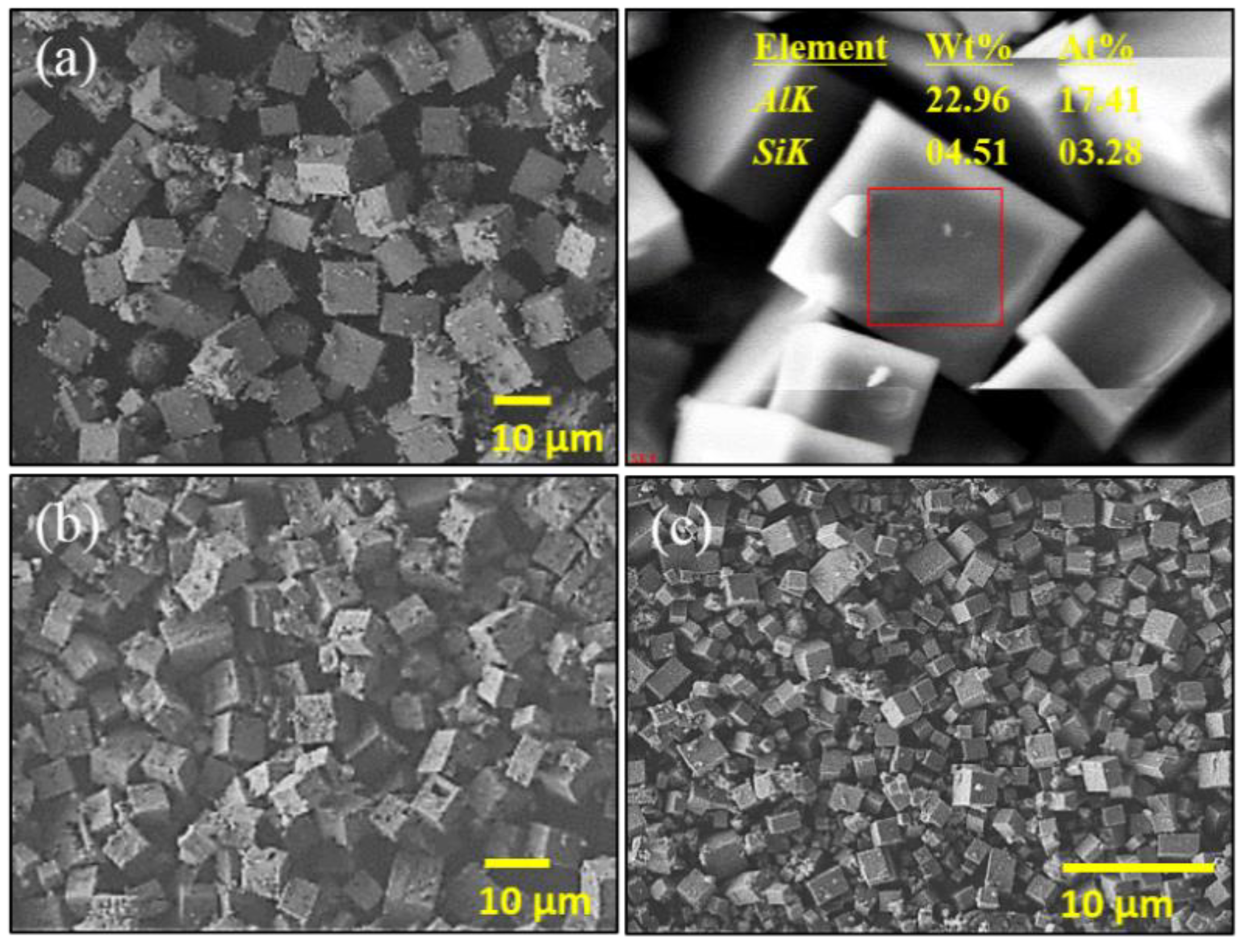 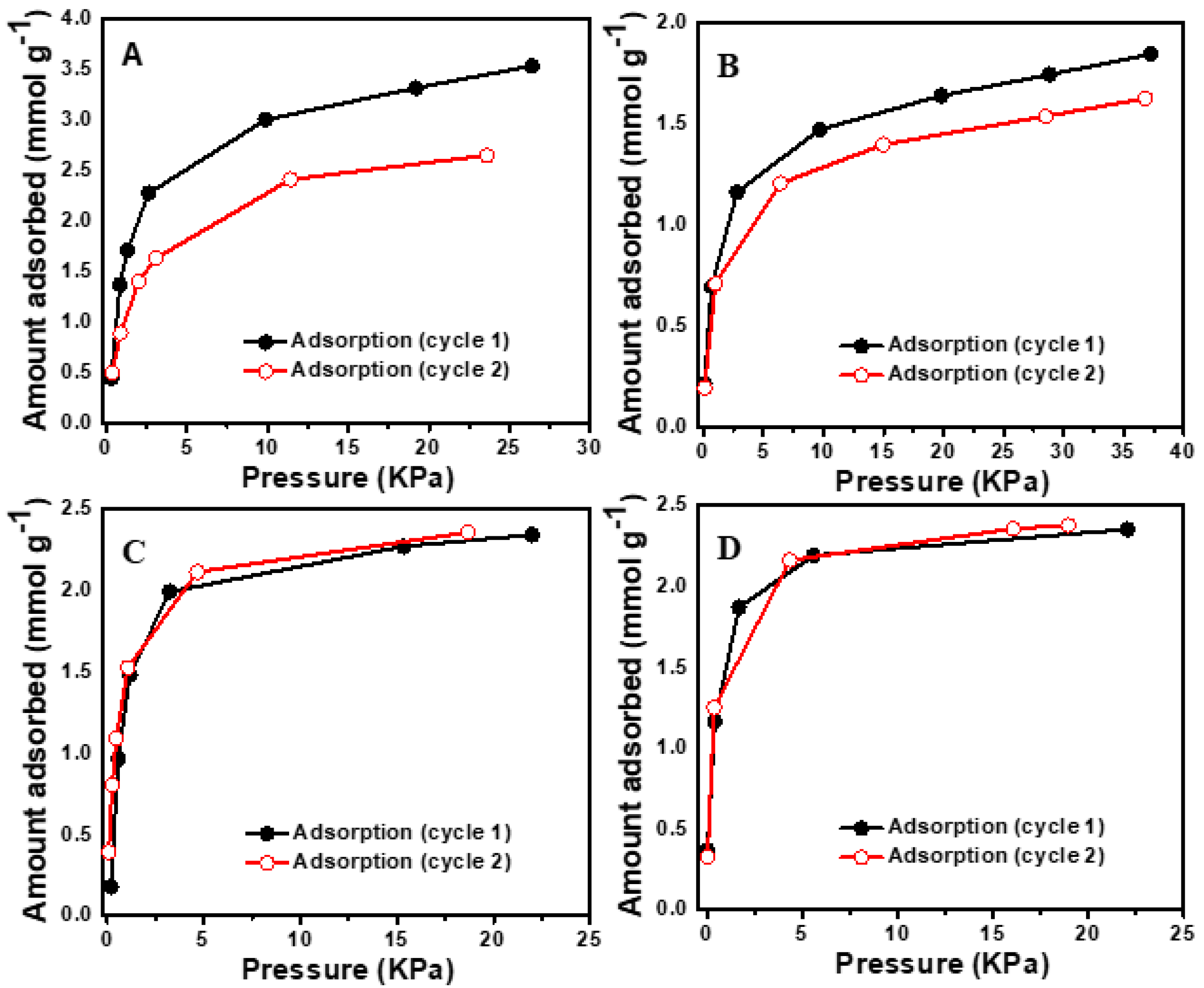 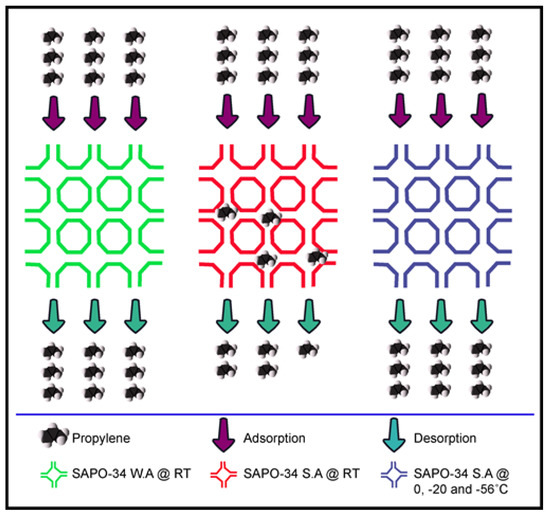 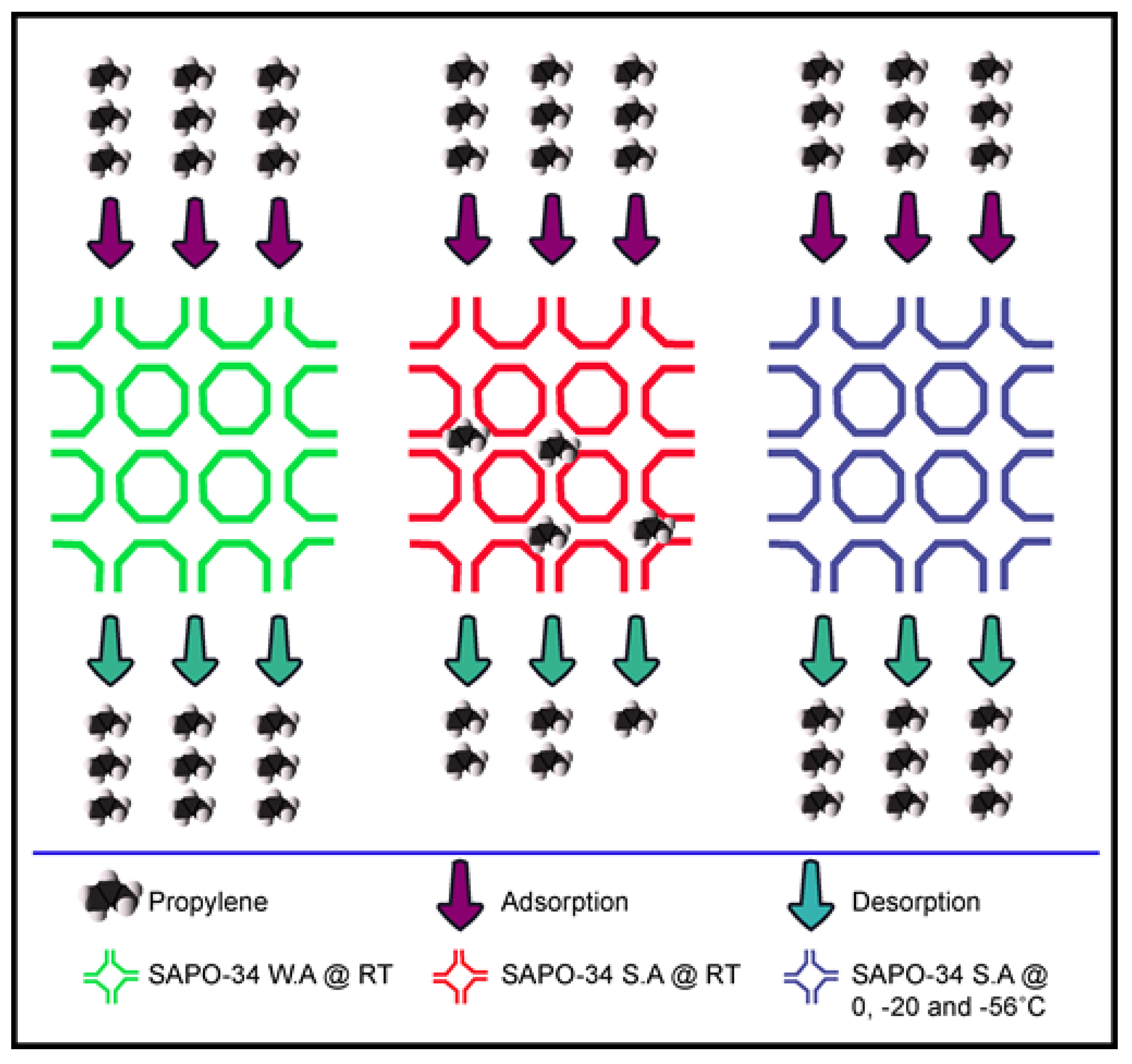 Table 1. Quantitative acidic properties.
Table 1. Quantitative acidic properties.
© 2019 by the authors. Licensee MDPI, Basel, Switzerland. This article is an open access article distributed under the terms and conditions of the Creative Commons Attribution (CC BY) license (http://creativecommons.org/licenses/by/4.0/).
We use cookies on our website to ensure you get the best experience. Read more about our cookies here.
Accept
We have just recently launched a new version of our website. Help us to further improve by taking part in this short 5 minute survey here. here.
Never show this again