Multi-Combilipases: Co-Immobilizing Lipases with Very Different Stabilities Combining Immobilization via Interfacial Activation and Ion Exchange. The Reuse of the Most Stable Co-Immobilized Enzymes after Inactivation of the Least Stable Ones 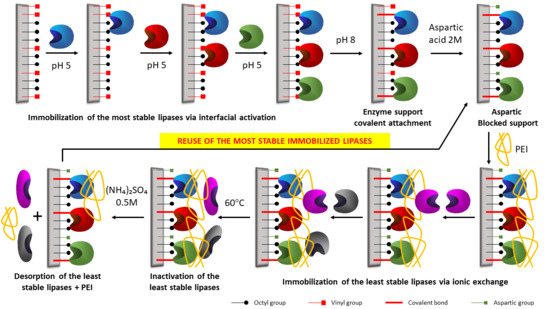 
Arana-Peña, Sara, Diego Carballares, Vicente Cortés Corberan, and Roberto Fernandez-Lafuente. 2020. "Multi-Combilipases: Co-Immobilizing Lipases with Very Different Stabilities Combining Immobilization via Interfacial Activation and Ion Exchange. The Reuse of the Most Stable Co-Immobilized Enzymes after Inactivation of the Least Stable Ones" Catalysts 10, no. 10: 1207. https://doi.org/10.3390/catal10101207