When Is Green Too Rosy? Evidence from a Laboratory Market Experiment on Green Goods and Externalities
Previous Article in Special Issue

Favoritism and Fairness in Teams

Incentives shape how much people contribute to the welfare of a group. These incentives do not restrict the opportunities but they change the costs of contributions. This paper studies how the random assignment of such incentives affects perceived distributive justice among group members. Do people consider differences in incentives similar to unequal opportunities, that is, situations in which some people have a lower chance to make a high contribution? The results from a real effort experiment show that the economic framing of incentives matters in this context. If some people do not work for the common good because of rather large private costs, they appreciate these ‘negative incentives’ similarly to unequal opportunities. They do not do so, and become less egalitarian, if lower effort for the group increases the chance for private gains (‘positive incentives’). Interestingly, participants reward group members who do not limit their expected contributions to the group despite adverse incentives. View Full-Text
Keywords: distributive justice; unequal incentives; experiment; entitlements distributive justice; unequal incentives; experiment; entitlements
►▼ Show Figures 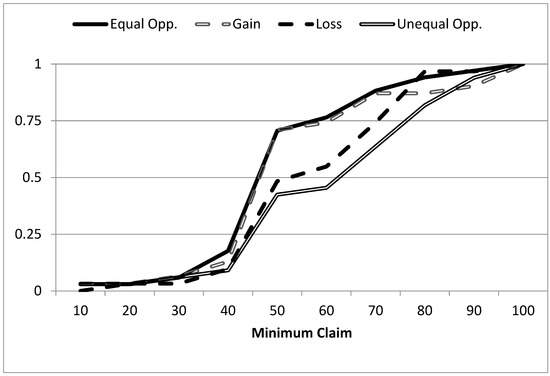