A Comprehensive and Systematic Survey on the Internet of Things: Security and Privacy Challenges, Security Frameworks, Enabling Technologies, Threats, Vulnerabilities and Countermeasures

The Internet of Things (IoT) has experienced constant growth in the number of devices deployed and the range of applications in which such devices are used. They vary widely in size, computational power, capacity storage, and energy. The explosive growth and integration of IoT in different domains and areas of our daily lives has created an Internet of Vulnerabilities (IoV). In the rush to build and implement IoT devices, security and privacy have not been adequately addressed. IoT devices, many of which are highly constrained, are vulnerable to cyber attacks, which threaten the security and privacy of users and systems. This survey provides a comprehensive overview of IoT in regard to areas of application, security architecture frameworks, recent security and privacy issues in IoT, as well as a review of recent similar studies on IoT security and privacy. In addition, the paper presents a comprehensive taxonomy of attacks on IoT based on the three-layer architecture model; perception, network, and application layers, as well as a suggestion of the impact of these attacks on CIA objectives in representative devices, are presented. Moreover, the study proposes mitigations and countermeasures, taking a multi-faceted approach rather than a per layer approach. Open research areas are also covered to provide researchers with the most recent research urgent questions in regard to securing IoT ecosystem. View Full-Text
Keywords: security; privacy; cyber-attack; threat; mitigations; risk; cryptography; vulnerability; intrusion; encryption-key security; privacy; cyber-attack; threat; mitigations; risk; cryptography; vulnerability; intrusion; encryption-key
►▼ Show Figures 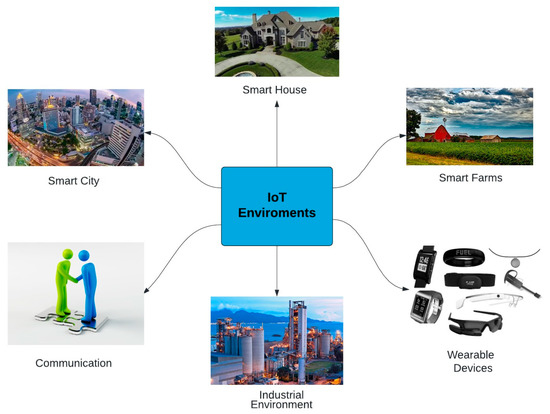