We introduce a deviation-tolerance software architecture, which is devised for a prototype of a cloud-based harvest operation optimisation system issuing harvest plans. The deviation-tolerance architecture adapts the fault tolerance notions originating in the area of systems engineering to the harvest domain and embeds them into the Vienna developed method (VDM) model at the core of our harvest logistics system prototype. The fault tolerance supervision/execution level architecture is framed under the notion of an “harvest coach” which diagnoses deviations to the planned operations using “harvest deviation monitors” and deploys a novel “plan” (controller) that mitigates the encountered “deviation” (fault). The architecture enabled the early start of field experiments of the harvest logistics system prototype, which lead to the validation/refutation of early design stage assumptions on the diverse system components behaviours and capabilities. For instance, we casually found discrepancies in the arithmetic precision of open-source libraries used in the conversion of vehicle positioning coordinates, we assessed the maturity of the frameworks used to develop the field user interfaces, and we calibrated the level of system-operator interactivity when deviations occurs. The obtained results indicate that the architecture may have a positive impact in the context of developing systems featuring intrinsic human-driven deviations which require mitigation. View Full-Text
Keywords: VDM; harvesting; logistics; system; deviation-tolerance VDM; harvesting; logistics; system; deviation-tolerance
►▼ Show Figures 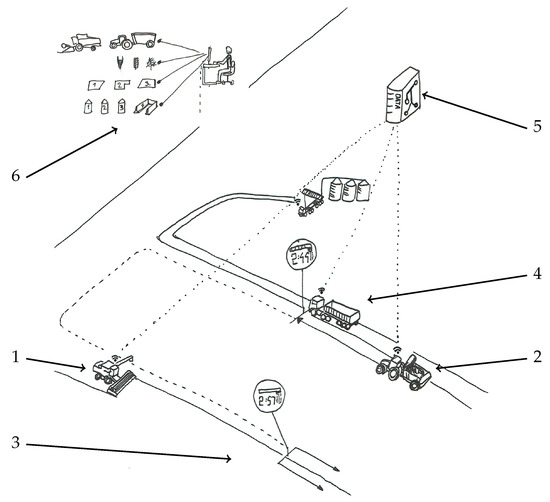