Can We Trust Edge Computing Simulations? An Experimental Assessment
Previous Article in Journal

:
This article proposes a new concept of microservice-based architecture for the future of distributed systems. This architecture is a bridge between Internet-of-Things (IoT) devices and applications that are used to monitor cattle health in real time for the physical and health parameters of cattle, where microservice architecture is introduced that enables this form of monitoring. Within this architecture, machine-learning algorithms were used to predict cattle health and inform farmers about the health of each cattle in real time. Within this architecture, six microservices were proposed that had the tasks of receiving, processing, and sending data upon request. In addition, within the six microservices, a microservice was developed for the prediction of cattle health using algorithms from machine learning using the LightGBM algorithm. Through this algorithm, it is possible to determine the percentage value of the health of each head of cattle in the moment, based on the parameters that are sent from the mobile node. If health problems are identified in the cattle, the architecture notifies the farmer in real time about the problems that the cattle have. Based on the proposed solution, farmers will have 24 h online access to monitor the following parameters for each head of cattle: body temperature, heart rate, humidity, and position.
Keywords:
agriculture; cattle; cloud; deep learning; docker; IoT; microservices; monolithic; sensor

This research was funded by the Horizon 2020 Framework Program for Smart Anything Everywhere, grant number No. 872614, which supported this research and provided all the relevant information, work on task 5.6. Design Services Access and Support. Link for project https://smart4all-project.eu (accessed on 1 April 2022).

Data are contained within the article.

The author would like to thank all universities, SME, and NGO from twenty-five partners from different countries in Europe, which are part of the consortium of Smart4All research and the innovation action project, and we would also like to thank all the participants who contributed their knowledge and insights to this academic and industrial research. 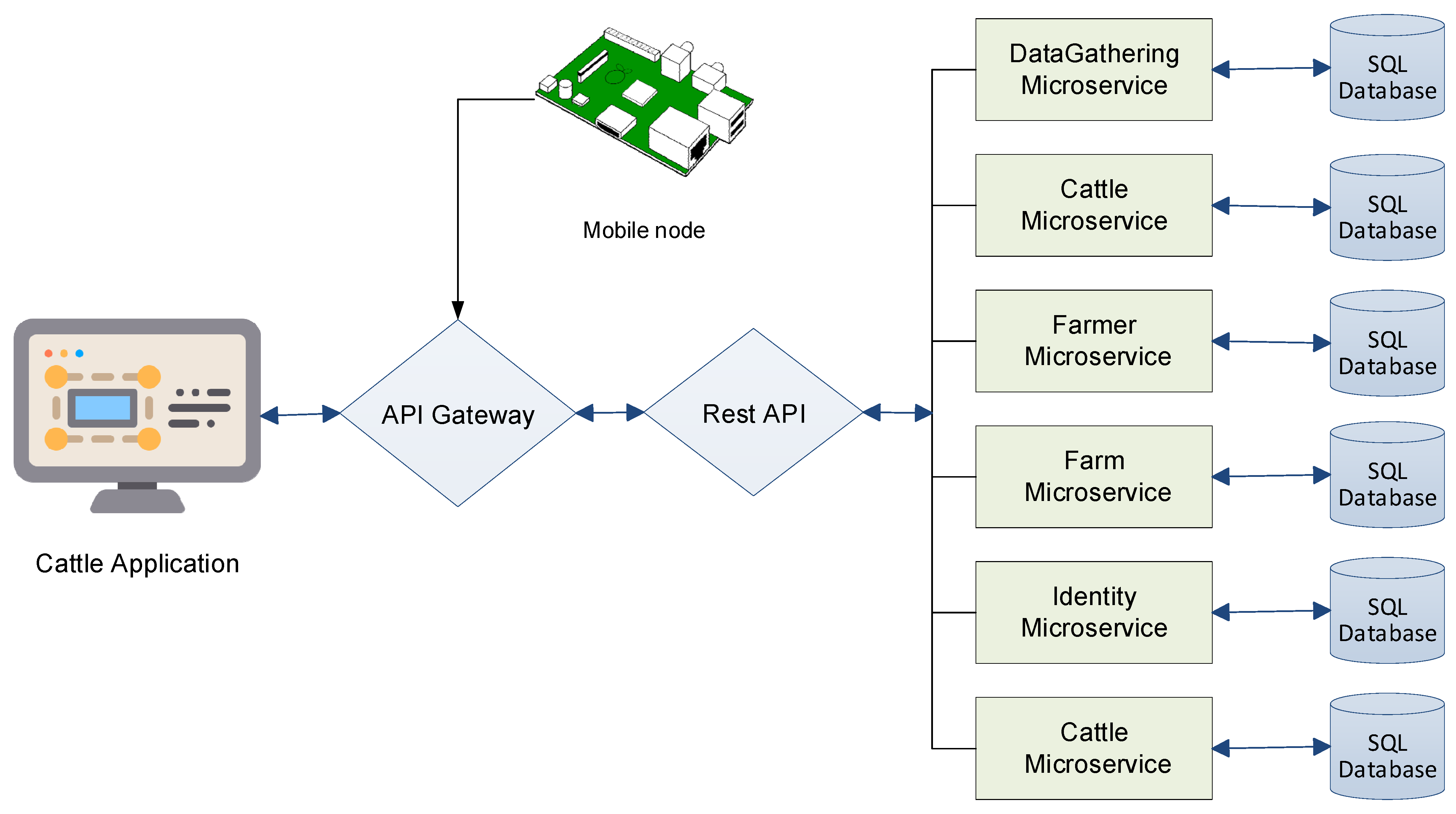