Patients suffering from cancer are at risk of various comorbidities that may require therapeutic anticoagulant therapy (ACT). Brain metastases (BM) are a common sequela of late-stage cancer and are often non-invasively treated with stereotactic radiosurgery (SRS). Although brain tumors and BM may cause intracranial hemorrhage (ICH), with potentially devastating consequences, the actual risk of bleeding complications for patients receiving ACT while undergoing SRS is mostly unknown. This bi-institutional analysis aimed to assess the incidence of ICH after SRS in patients with ACT. The results showed that ICHs mostly occurred in patients with BM originating from malignant melanomas and in those that showed signs of ICH before SRS treatment. In general, the bleeding events did not cause morbidity or mortality, suggesting the relatively safe use of ACT in patients with small- to medium-sized BM. Nevertheless, further studies are necessary to validate our reported findings.

Background: Stereotactic radiosurgery (SRS) is a well-established treatment modality for brain metastases (BM). Given the manifold implications of metastatic cancer on the body, affected patients have an increased risk of comorbidities, such as atrial fibrillation (AF) and venous thromboembolism (VTE), which includes pulmonary embolism (PE) and deep-vein thrombosis (DVT). These may require therapeutic anticoagulant therapy (ACT). Limited data are available on the risk of intracranial hemorrhage (ICH) after SRS for patients with BM who are receiving ACT. This bi-institutional analysis aimed to describe the bleeding risk for this patient subgroup. Methods: Patients with ACT at the time of single-fraction SRS for BM from two institutions were eligible for analysis. The cumulative incidence of ICH with death as a competing event was assessed during follow-up with magnetic resonance imaging or computed tomography. Results: Forty-one patients with 97 BM were included in the analyses. The median follow-up was 8.2 months (range: 1.7–77.5 months). The median and mean BM volumes were 0.47 and 1.19 cubic centimeters, respectively. The most common reasons for ACT were PE (41%), AF (34%), and DVT (7%). The ACT was mostly performed utilizing phenprocoumon (37%), novel oral anticoagulants (32%), or low-molecular-weight heparin (20%). Nine BM from a group of five patients with ICH after SRS were identified: none of them caused neurological or any other deficits. The 6-, 12-, and 18-month cumulative bleeding incidences per metastasis were 2.1%, 12.4%, and 12.4%, respectively. The metastases with previous bleeding events and those originating from malignant melanomas were found to more frequently demonstrate ICH after SRS (p = 0.02, p = 0.01). No surgical or medical intervention was necessary for ICH management, and no observed death was associated with an ICH. Conclusion: Patients receiving an ACT and single-fraction SRS for small- to medium-sized BM did not seem to have a clinically relevant risk of ICH. Previous bleeding and metastases originating from a malignant melanoma may favor bleeding events after SRS. Further studies are needed to validate our reported findings. View Full-Text
Keywords: brain metastases; intracranial hemorrhage; intratumoral hemorrhage; anticoagulant therapy; anticoagulation; stereotactic radiosurgery; CyberKnife brain metastases; intracranial hemorrhage; intratumoral hemorrhage; anticoagulant therapy; anticoagulation; stereotactic radiosurgery; CyberKnife
►▼ Show Figures 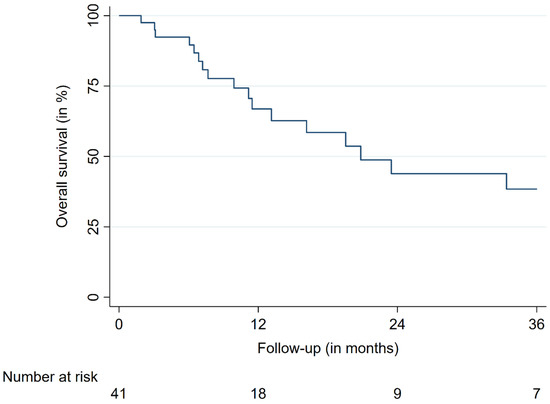