The Role of [68Ga]Ga-Pentixafor PET/CT or PET/MRI in Lymphoma: A Systematic Review
Previous Article in Special Issue

Malignant mesothelioma is an aggressive cancer with a poor response to current therapies and, consequently, has a very grim prognosis. The median survival for malignant mesothelioma is only approximately 12 months and the 5-year survival rate is less than 10% [1,2]. Worldwide, over 38,000 people die each year from mesothelioma [3] with asbestos exposure linked to approximately 80% of all cases [4]. Fortunately, asbestos use has now been banned in many countries but its widespread use in thousands of construction-related products for over a century has left a deadly legacy in the community. Approximately 125 million people have experienced occupational exposure to asbestos, but a non-occupational wave is also emerging [5]. This, together with the 20–40-year latency period for disease development means that mesothelioma is not a disease of the past, but rather one that is and has been increasing in incidence. As most mesothelioma patients are diagnosed when their disease is advanced, systemic chemotherapy of pemetrexed with cisplatin is the standard of care and most effective treatment option [6,7]. However, failure of this treatment is inevitable and there are no proven second line options [2]. Therefore, there is an urgent unmet need for more effective treatments.
With the legalisation of medicinal cannabis around the world there has been a renewed interest in examining the therapeutic potential of the cannabinoids. Cannabis contains over 100 plant-derived cannabinoids (phytocannabinoids), including the main psychoactive constituent ∆9-tetrahydrocannabinol (THC) and the non-intoxicating compound cannabidiol (CBD). Although CBD and THC are the most studied, there is growing interest in the therapeutic potential of other phytocannabinoids, for example cannabigerol (CBG) and cannabidiolic acid (CBDA) [8,9,10,11,12]. The majority of research has focused on the use of THC in the symptomatic management of cancer due to its appetite stimulatory, analgesic, and anti-emetic effects [13,14]. However, evidence suggests that the major cannabinoids CBD and THC display anti-tumoural properties in pre-clinical models and while clinical trials are still pending, anecdotal evidence for efficacy does exist [15,16]. Cannabinoids were shown to decrease the growth and metastatic potential of cancer cells in a number of solid cancers, as well as haematological malignancies (reviewed in [17,18,19]). However, no prior studies have examined the anti-cancer effects of cannabinoids against mesothelioma. The overall aim of this project is to determine whether a panel of phytocannabinoids have anti-cancer properties in pre-clinical mesothelioma models in vitro and in vivo.

Having identified CBD and CBG as the most promising phytocannabinoids, assays were undertaken to ascertain whether these cannabinoids induced programmed cell death in the rat (II-45) and human (MSTO and H2452) mesothelioma cell lines. After 24 h of CBD or CBG treatment, cell cycle changes were identified with G0/G1 arrest and delayed entry into S Phase. Apoptosis was also induced by both CBD and CBG (Figure 2 and Figure 3).

3.3. CBD and CBG Inhibit Migration and Invasion of Mesothelioma Cell Lines In Vitro

We then assessed whether CBD and CBG could inhibit migration and invasion of mesothelioma cell lines. Although similar to migration assays, invasion assays examine the potential of the mesothelioma cells to invade through an extracellular matrix, which is extremely important to their metastatic ability. Of note, the human MSTO cells were unable to invade through an extracellular matrix, therefore invasion assays were not examined in this cell line. Using sub-cytotoxic concentrations, both CBD and CBG significantly reduced the migratory and invasive potential of the rat II-45 and human H2452 mesothelioma cell lines, suggesting that these compounds may also slow the metastatic spread of mesothelioma cells (Figure 4).

3.5. Identification of Genes and Pathways Associated with CBD and CBG Treatment

3.6. CBD and CBG Did Not Increase Survival in an Immunocompetent Rat Model of Mesothelioma

We then wished to observe whether the promising effects of CBD and CBG observed in vitro could be translated in vivo. We first aimed to determine which vehicle provided the optimal level of plasma exposure in rats using CBD as the indicative compound. 20 mg/kg CBD i.p. was administered in 3 different vehicles (hemp seed oil, ethanol/Tween80/saline or DMSO/kolliphor/saline). After injecting animals, blood was taken at 15 min, 1 h, 2 h, and 4 h post-injection and then assessed for plasma CBD concentrations using LC-MS/MS. Figure S1 shows that the DMSO/kolliphor/saline vehicle provided marginally superior plasma CBD exposures with a more prolonged half-life compared to the ethanol/Tween80/saline vehicle (AUC = 130 versus 150 µg per min/mL; t1/2 = 112 versus 210 min for ethanol versus DMSO vehicles, respectively). Hemp seed oil resulted in very low plasma CBD concentrations. The DMSO/kolliphor/saline vehicle was thus used for the in vivo survival study.
A syngeneic orthotopic rat mesothelioma model [39] was used to assess whether daily treatment for 4 weeks with 40 mg/kg CBD or 100 mg/kg CBG i.p. compared to standard of care chemotherapy (1 mg/kg cisplatin + 6.7 mg/kg pemetrexed) improved survival (Figure 7). Although survival was the primary endpoint of this study, severity of pleural dissemination at endpoint was also assessed. No statistical differences were observed between the groups (data not shown). As expected, treatment with cisplatin + pemetrexed significantly prolonged survival compared to vehicle-treated animals (median survival 28 days vs. 23 days, respectively; p < 0.05), however neither CBD nor CBG prolonged survival.

Our data present the first report that plant cannabinoids have anti-proliferative effects on mesothelioma cells, that was associated with apoptosis, rather than autophagy or production of ROS. CBD and CBG were the most potent cannabinoids and also inhibited mesothelioma cell migration and invasion. We were unable to show an anti-tumour effect in vivo, potentially due to insufficient plasma concentrations being reached. Thus alternative drug delivery methods may be needed to clinically translate these findings.

This research was part funded by the Lambert Initiative for Cannabinoid Therapeutics and the Bill Walsh Translational Cancer Research Laboratory through philanthropic donations. Emily K. Colvin was supported by the Proud Family Fellowship.

The data presented in this study are available in the article and Supplementary Materials. Raw data can be provided upon reasonable request.

The funders had no role in the design of the study; in the collection, analyses, or interpretation of data; in the writing of the manuscript; or in the decision to publish the results. I.S.M. and J.C.A. receive salary support from the Lambert Initiative for Cannabinoid Therapeutics, a philanthropically funded centre for medicinal cannabis research at the University of Sydney. J.C.A. and I.S.M. receive research funding from the Australian National Health and Medical Re-search Council (NHMRC) (GNT1161571). J.C.A. and I.S.M. have served as expert witnesses in various medicolegal cases involving cannabis and the cannabinoids. J.C.A. has received consulting fees from Creo Inc. and Medicinal Cannabis Industry Australia (MCIA). I.S.M. acts as a consultant to Kinoxis Therapeutics and the MCIA, and has received honoraria from Janssen. J.C.A., A.L.H., E.K.C., L.L.A. V.M.H. and I.S.M. hold patents on cannabinoid therapies (PCT/AU2018/05089 and PCT/AU2019/050554). 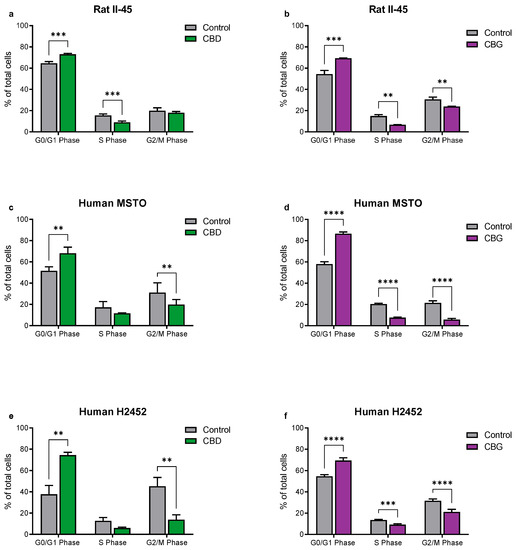 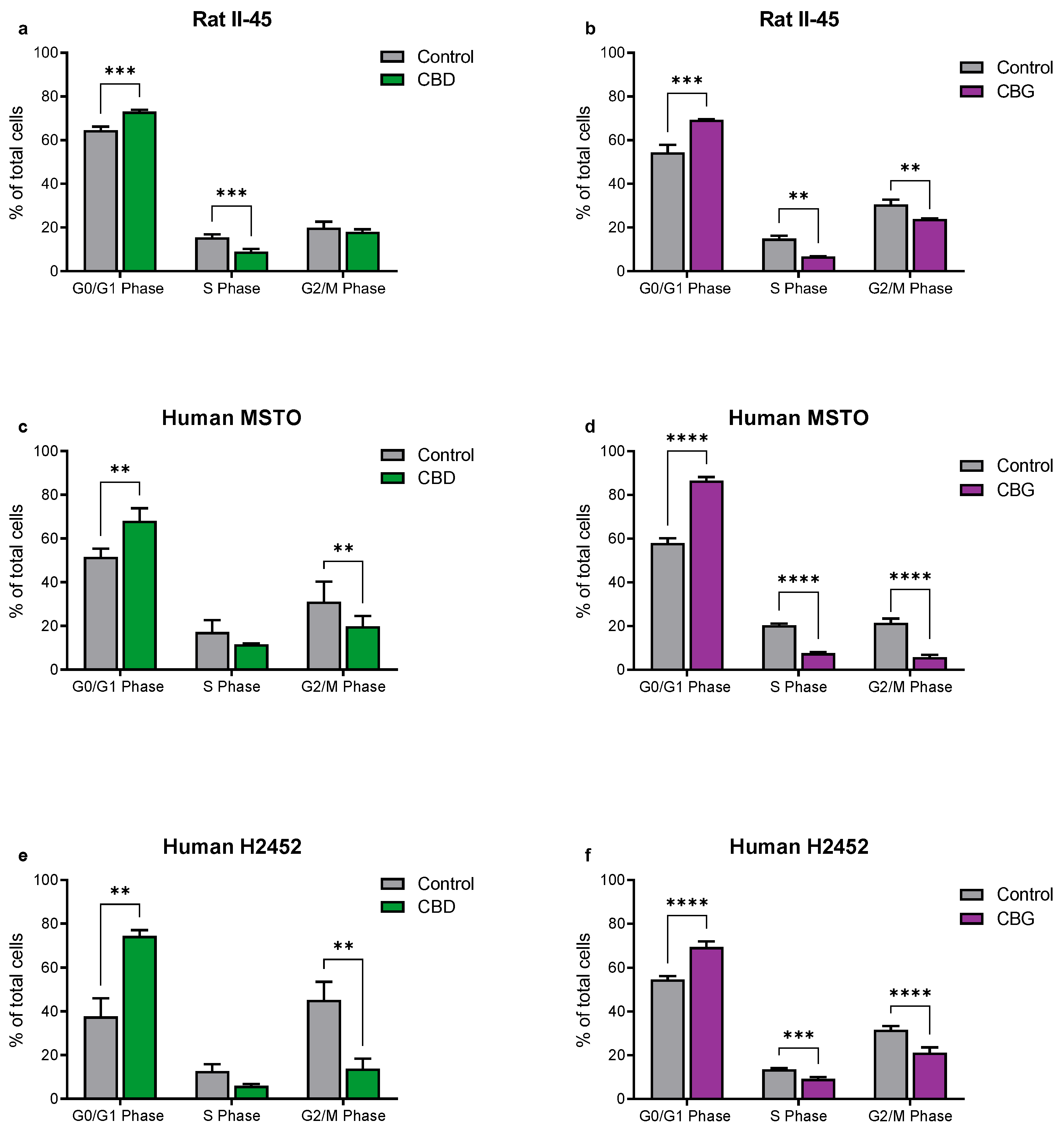 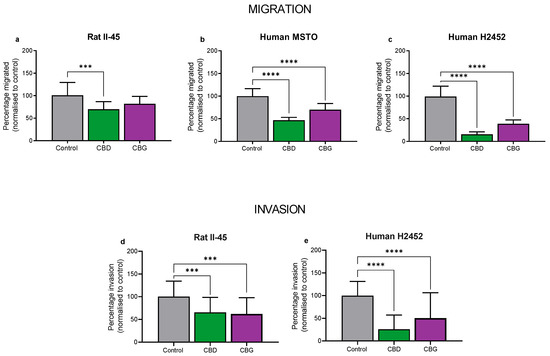 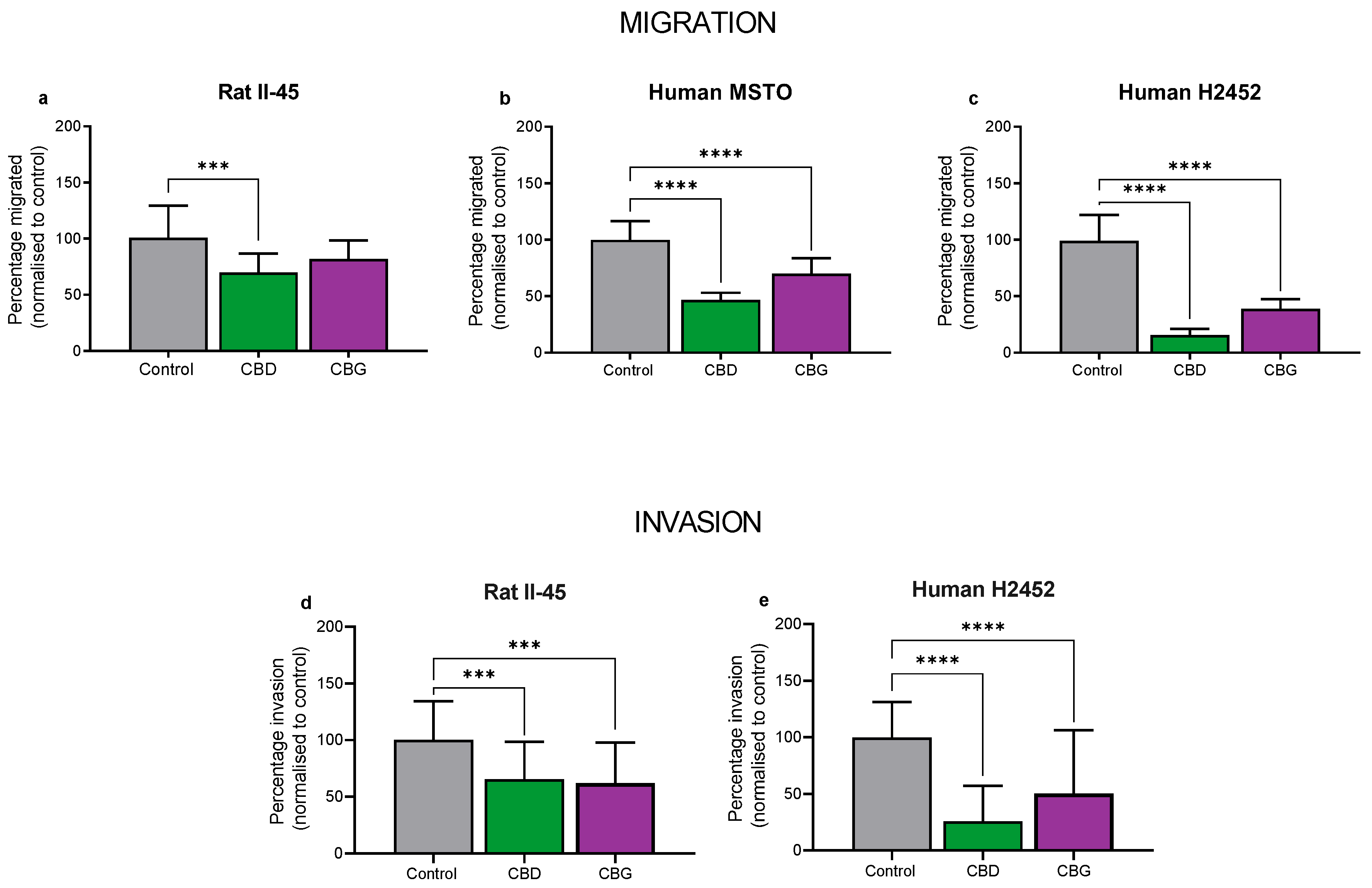 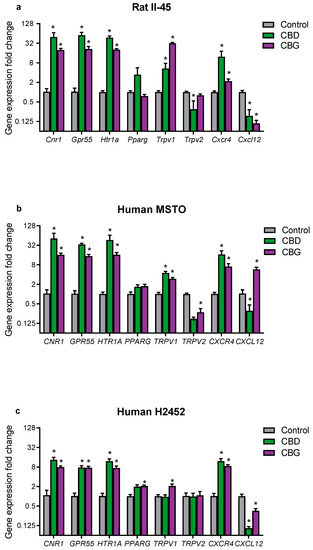 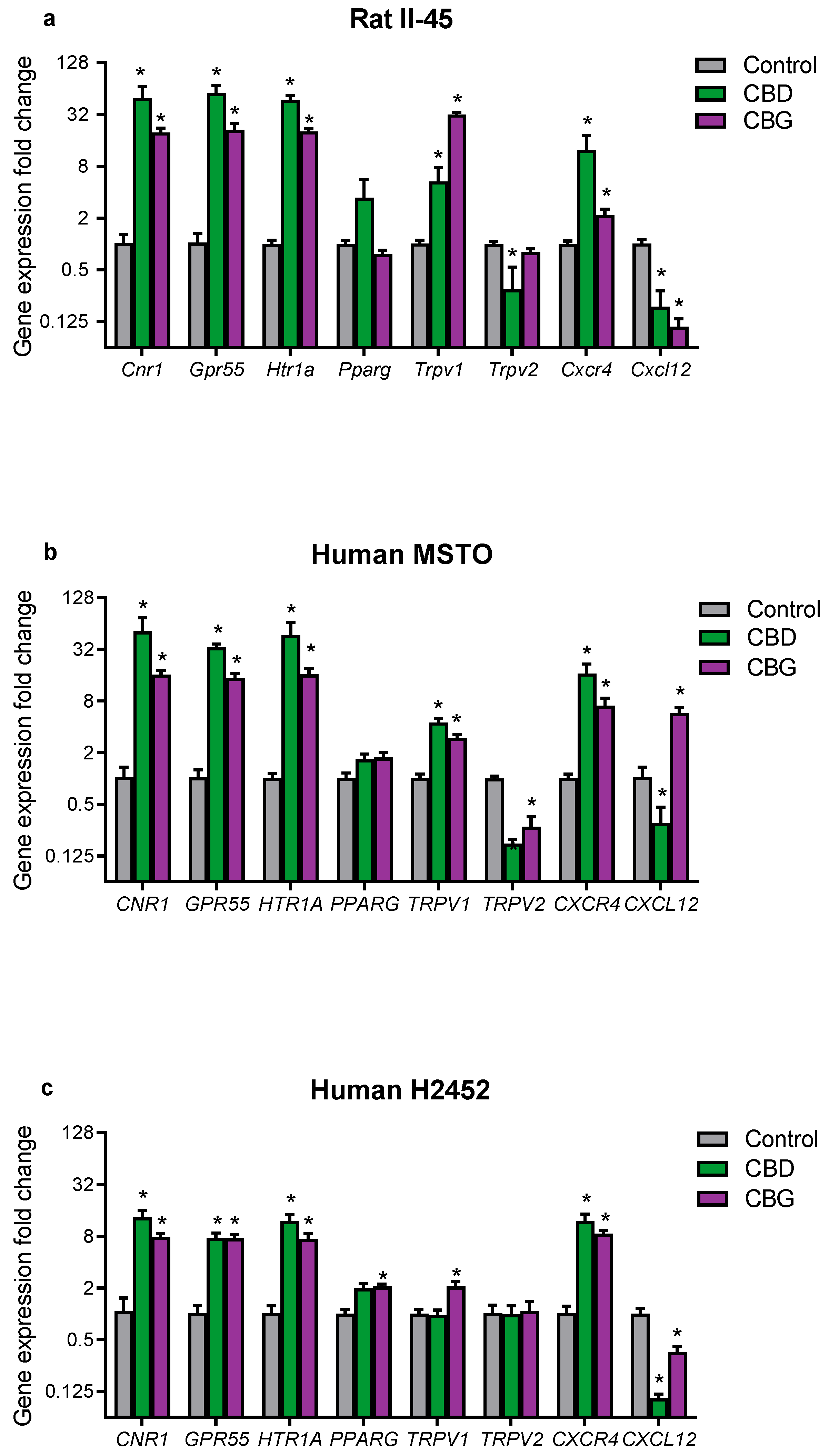 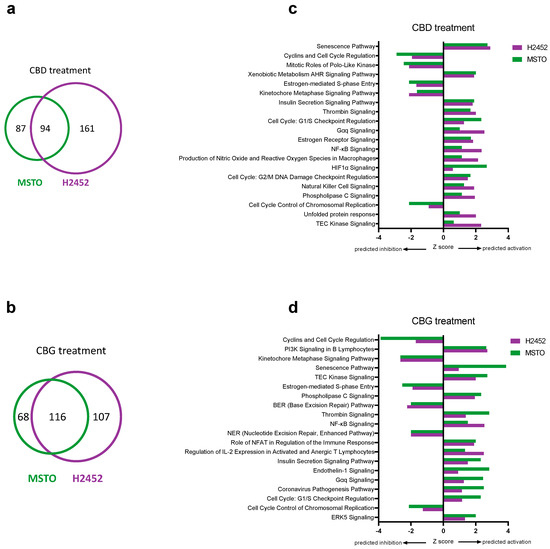 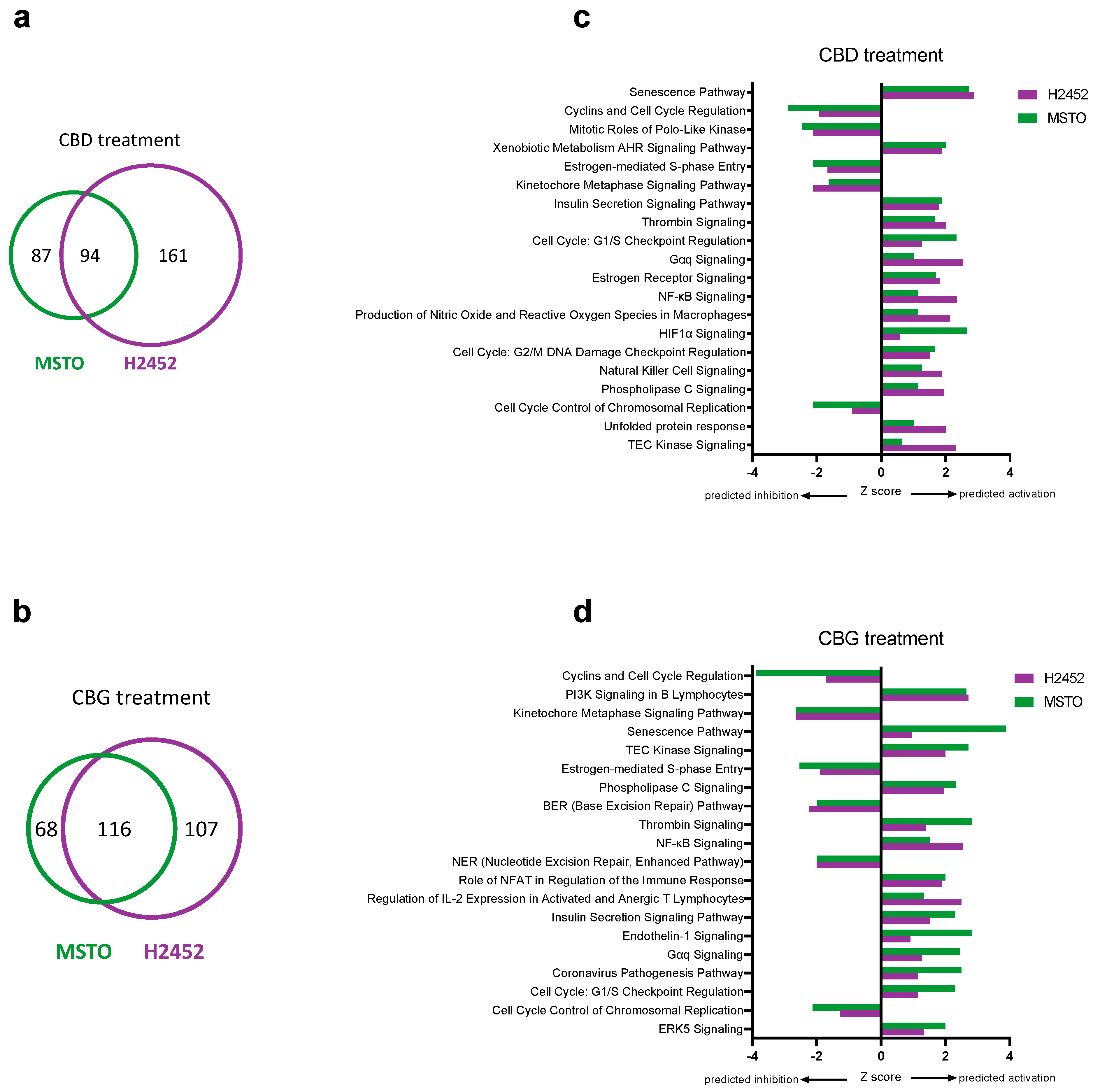