Cyclic Hypoxia: An Update on Its Characteristics, Methods to Measure It and Biological Implications in Cancer

The term hypoxia is used to describe biological situations where insufficient levels of oxygen exist. Hypoxia and hypoxic states can occur in a range of diseases including in cancer. Researchers have understood for numerous years that the hypoxia found in tumors leads to more aggressive and harder to treat disease and ultimately, poor patient outcome. While much research is, and has been, carried out to investigate the effects of hypoxia, this is usually done using experimental models which employ stable levels of hypoxia. However, we know that tumor hypoxia is not static but instead is rapidly changing through complex processes involving both rapid and slower fluctuations in oxygen concentrations. These dynamic changes in oxygen, known as cyclic hypoxia, are challenging to model experimentally and therefore our understanding of these processes has been limited. This review seeks to outline the known causes of cyclic hypoxia and the best ways to measure it both experimentally and clinically. How cancer cells respond to cyclic hypoxic compared to stable levels will also be discussed.

Regions of hypoxia occur in most if not all solid cancers. Although the presence of tumor hypoxia is a common occurrence, the levels of hypoxia and proportion of the tumor that are hypoxic vary significantly. Importantly, even within tumors, oxygen levels fluctuate due to changes in red blood cell flux, vascular remodeling and thermoregulation. Together, this leads to cyclic or intermittent hypoxia. Tumor hypoxia predicts for poor patient outcome, in part due to increased resistance to all standard therapies. However, it is less clear how cyclic hypoxia impacts therapy response. Here, we discuss the causes of cyclic hypoxia and, importantly, which imaging modalities are best suited to detecting cyclic vs. chronic hypoxia. In addition, we provide a comparison of the biological response to chronic and cyclic hypoxia, including how the levels of reactive oxygen species and HIF-1 are likely impacted. Together, we highlight the importance of remembering that tumor hypoxia is not a static condition and that the fluctuations in oxygen levels have significant biological consequences. View Full-Text
Keywords: hypoxia; cyclic; intermittent; transient hypoxia; cyclic; intermittent; transient
►▼ Show Figures 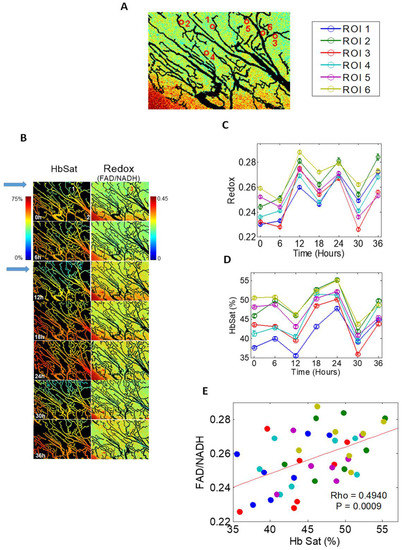